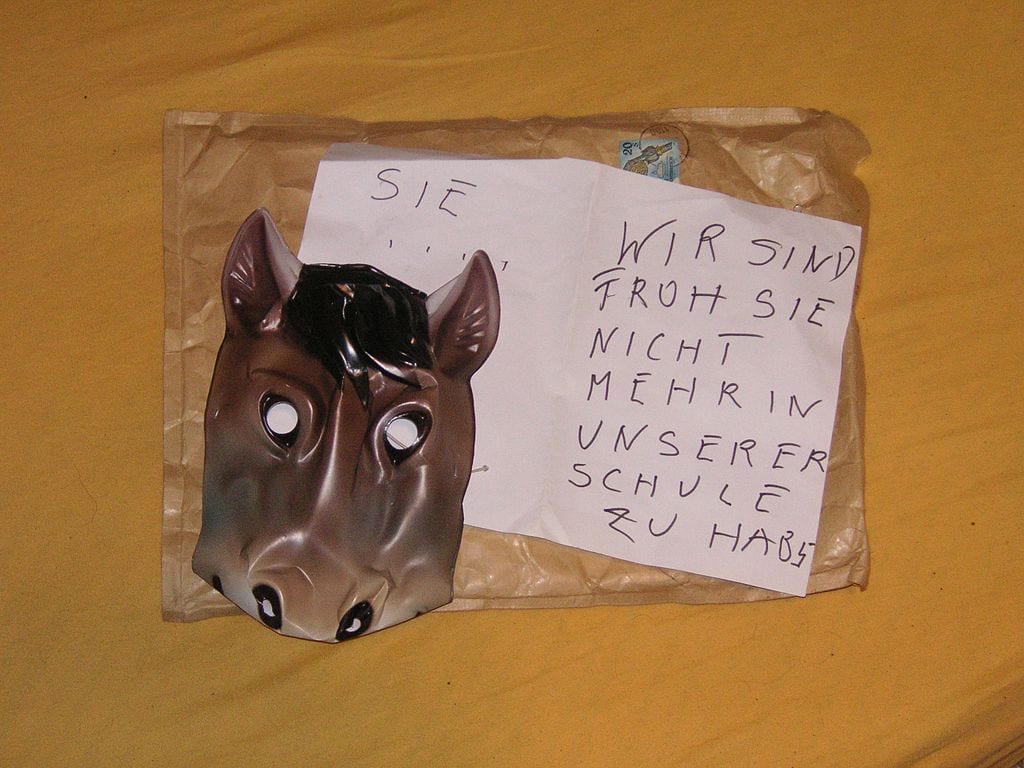 In The Moving Finger, a mystery by Agatha Christie, Miss Marple contends with a miscreant who employs poison pen letters alleging hidden sins to create havoc in a small village and advance an evil plot. The detective, no fool, knows that anonymous accusations are almost always false or distorted exaggerations. Unfortunately, the smoke-means-fire theory predicts that no matter how outlandish the charges, some will suspect they are true. Others will choose to believe them and maliciously delight in spreading the accusations to defame those they don’t like. Insidiously, being anonymous, the letters provide the accused with no way to challenge their author. Miss Marple, spoiler alert, brings the malefactor to justice. Too bad she isn’t around to handle the writer who just got an anonymous poison pen letter published in the New York Times.

Mr. Anonymous claims to be one of a group of advisors in President Donald Trump’s White House “working diligently from within to frustrate parts of his agenda and his worst inclinations.” In other words, they are trusted advisors disloyally conspiring to hinder their boss and, in Mr. Anonymous’s case, bragging about it. Why are they sabotaging Trump? Because, Mr. Anonymous claims, Trump is “impetuous, adversarial, petty and ineffective.”

I doubt there is any boss who hasn’t been accused of similar faults by his subordinates. From an outside perspective, however, traits seen as negative can be positive. Impetuousness becomes enthusiasm. Adversarial becomes challenging. Pettiness becomes diligence. A subordinate can think a detail is trivial and claim a boss who thinks otherwise is petty, but we all know where the Devil resides. If Mr. Anonymous defines pettiness as inappropriately responding to small slights, the magnitude of a slight is in the eye of the slighted. When someone attacks him, Trump can be as prickly as a porcupine poked out of bed on a cold morning, but this is why many Republicans like him. For years, they’ve been falsely called greedy, uncaring, stupid, sexist, racist, fascist, and lots of other ugly things. They like the idea that someone is firing back. Doing so may not be statesman-like but unanswered insults can become accepted as truth.

The charge of ineffectiveness is undercut by Mr. Anonymous himself, when he admits that Trump’s policies have made America “safer and more prosperous.” This is despite an unending collusion investigation founded on a political dirty trick and opposition from a menagerie of haters who desire to advance their agendas over his ruined presidency. These include Democrats, Never-Trumpers, RINOs, the media, Hollywood, late night TV comics, the techno-plutocrats of Silicon Valley, academia, the grievance industry, businesses that grow fat on cheap, illegal labor, the treacherous Mr. Anonymous and his pals, and even a Miss America contestant.

Mr. Anonymous credits “unsung heroes in and around the White House” and “adults in the room” for preventing Trump from making bad decisions. He presumably places himself in their number. He doesn’t understand that guiding a president around pitfalls is what advisors are expected to do. They aren’t expected to confuse this role with the role the people gave to the president. If Mr. Anonymous wants to make presidential decisions, he should get himself elected president. Since he is an adult hero that shouldn’t be hard, but then he couldn’t stand back and loftily claim credit when things went well or when things went sour, proclaim, “That’s not what I would have done.”

Trump, Mr. Anonymous claims, prefers dictators over traditional allies and “displays little genuine appreciation” for the latter. Our allies, however, have long abused America’s generosity while displaying little “genuine appreciation” for us. Trump has tried to rebalance these relationships. On the charge of preferring dictators, the world unfortunately abounds in them, and they are dangerous. Where possible, Trump has reached out to them for as Churchill once said, “Meeting jaw to jaw is better than war.” So far, Trump hasn’t bowed to any foreign despot or watched a baseball game with Raul Castro.

The 25th Amendment to the Constitution allows a Vice President and the “principal officers of the executive branch” to have a president removed from office if he becomes unable to perform his duties. Mr. Anonymous tells us he and his fellow saboteurs whispered about invoking the amendment early in Trump’s presidency. It’s easy to envision his group hunched in a dark corner of the White House, fantasizing wide-eyed and tingly about seizing the presidency. Proximity to power can make the unscrupulous greedy to grab some, but Mr. Anonymous’s dislike for Trump’s leadership style hardly justifies a bureaucratic coup d’état.

If Mr. Anonymous so hates Trump, why doesn’t he resign and go public? Some say it is because he wouldn’t be able to continue his noble work of thwarting Trump. Others, including the Times, say it’s because he wants to keep his job — apparently they regard a regular paycheck as more important than saving America from someone they think exceeds Godzilla in destructive power. I expect the Times wants him to stay so they can print more of his letters — maybe a regular column like Ann Landers had, but with tales of a boss who doesn’t appreciate the wisdom of anonymous letter writers.

Mr. Anonymous is generous in his contempt. Not just Trump is at fault — so is America. We’ve “sunk low” and “our discourse [has been] stripped of civility.” He cites Sen. John McCain’s funeral letter as a call to civility. First, as we always acknowledge when McCain is discussed, he was a heroic pilot and POW during the Vietnam War. His sacrifices are to be honored. A hero in one situation, however, can be less than heroic in another.

McCain was a key player in two great legislative disasters, the McCain-Feingold Act and the failure to replace Obamacare. The Act was a greater challenge to the First Amendment than anything Trump has done, prescribing harsh punishment, including prison time, for non-government-approved speech. It took a Supreme Court battle to rein it in. During the presidential campaign, Trump responded to criticism from McCain by clumsily joking that he admired servicemen who avoided capture more than those who had been taken prisoner. McCain got his revenge when he gave, in a moment captured by television cameras, a theatric thumbs down to replacing Obamacare, something Trump dearly desired. McCain thereby broke his promise to his constituents to vote for repeal. Millions of Americans suffered in consequence. Trump had injured one man’s vanity. McCain, for the sake of vanity, injured the country.

In a final act of spite, McCain planned his funeral to punish those he thought had wronged or failed him. Trump was banned. Sarah Palin, who had been his vice-presidential pick, was banned, too. Earlier, he had declared that he wished he had chosen another running mate, unsubtly hinting he had lost because of her when it is quite certain he would have lost by a wider margin without her. She loyally refused to respond to his insults. McCain spoke a lot about civility in politics but was hardly an exemplar of it. Palin demonstrated it.

Donald Trump is not a perfect human being. He is boastful and sarcastic but America knew what kind of guy he was when they voted for him. They were tired of jobs being moved to countries that trade unfairly, unwilling to pay to defend nations who refused to defend themselves, upset about health insurance that was suddenly more expensive and less comprehensive, worried about millions of illegal immigrants changing America into something unrecognizable, fed up with powerful people getting away with crimes that sent the less powerful to prison, and angry at being told by pompous, deplorable people that they were the ones who were deplorable and should be pushed aside. Mr. Anonymous claims he is part of the “steady state” and not the “so-called deep state.” Actually, they are just variants of the same malignancy. Both are subverting the Constitution to run America as they see fit with little regard for what its citizens want.

It is probable that Mr. Anonymous won’t stay anonymous. I think he will see the opportunity to cash in on a lucrative book contract perhaps followed by an All the President’s Men-style movie in which a chisel-chinned screen star will portray him as a hero and not as a weasel. Watergate’s anti-Nixon guys were anti-Establishment. The anti-Trump guys are the Establishment and see Trump as rocking the boat that belongs to them. Perhaps Mr. Anonymous will identify himself as a new species of anti-Trumper — a Sometimes-Trumper-But-Always-And-Forever-A-Swamp-Creature.