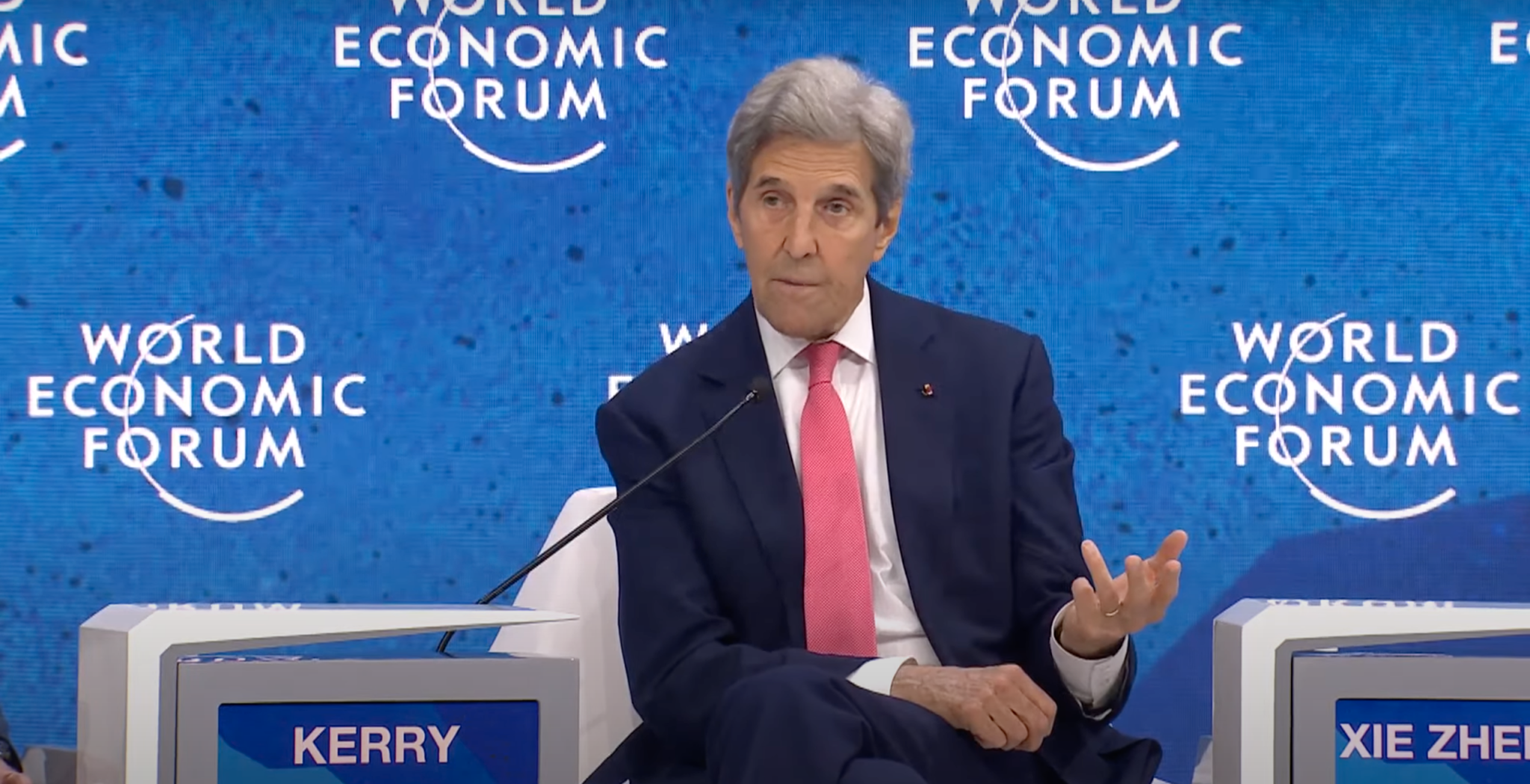 What would P.J. O’Rourke think of the annual World Economic Forum confab in Davos, Switzerland, the festival of arrogance at which some 2,700 of the world’s worst people gather to preen and plot the subjugation of billions of human beings?

That’s a real question, by the way. Several years ago, I lost track of the writings of O’Rourke, who died in February of last year at 74. Davos hadn’t yet become a noteworthy event when I was regularly reading O’Rourke’s brilliantly subversive offerings, and a search didn’t turn up anything that he’d written about Davos. He might have done something, or he might not have. If he did, I’m sure it was suitably derisive.

But O’Rourke, the great libertarian satirist, wrote a book about Congress, the title of which might be more appropriate to describe Davos.

Parliament of Whores was that book.

We can apply that to Klaus Schwab’s cool-kid hootenanny thanks to an article from the Swiss publication 20Minuten, which describes perhaps the least surprising happening you’ll see reported this week:

« So far we have eleven reservations and 25 inquiries for next week. But I assume that there will be more », says the managing director. These are covered by four women. « As soon as a customer books one of our women for at least four hours, she drives into the mountains. » Customers cost just under CHF 1,500 for four hours, and up to CHF 2,550 for one night.

The Aargau studio sent women to Davos during the WEF before the Corona pandemic. « For example, our women have already been brought to Davos by diplomats and company bosses. Some also book escorts for themselves and their employees to party in the hotel suite. » The longest booking in the past was three days.

According to the managing director, the services requested include accompaniment to dinner or a party, as well as sexual services. The experiences that the women had on site were positive. « However, customers are more demanding than our normal customers. Women with a model figure and top views are particularly in demand. »

The article notes that entrance into the town of Davos is restricted this week, so the “escorts” and prostitutes getting in to ply their trade with the morally defunct wannabe autocrats in attendance at the conference are more important and necessary than you.

And that shouldn’t surprise you, either.

Look, I’m not saying that the World Economic Forum is somehow different from any other gathering of high rollers when it comes to attracting the sex trade. Every year, the Super Bowl is a magnet for hookers, too.

But there’s a difference. The johns making their way to the Big Game are explicitly there for a good time. They aren’t preening about changing the world.

Nobody at the Super Bowl is this pretentious, you know:

As Michael Shellenberger noted, the World Economic Forum’s people attempted to blame the Davos “own nothing” narrative on 4chan, but that was a fraud:

“‘Own nothing, be happy’ — you might have heard the phrase,” wrote World Economic Forum (WEF) Managing Director Adrian Monck last August. “It started life as a screenshot, culled from the Internet by an anonymous anti-semitic account on the image board 4chan. ‘Own nothing, be happy – The Jew World Order 2030’, said the post, which went viral among extremists.”

But what Monck claimed was inaccurate. The phrase, “Own nothing, be happy,” hadn’t originated on 4chan; it originated on WEF’s website. “Welcome to 2030,” read the headline to an article by a Danish member of parliament, “I own nothing, have no privacy, and life has never been better.” In 2020, after the backlash to the article, WEF took the post down.

It’s a summit straight out of Mel Brooks’ History of the World, Part 1 (the long-awaited sequel to which is finally almost here). We’re the peasants, and we’re revolting. But our betters in Davos, in between bouts of carnal frolicking with the invited courtesans, are busy attending lectures about “disinformation” given by Brian Stelter that quickly devolve into demands for censorship…

Dem Rep Seth Moulton blames mis info for not being able to “get people to take a Covid vaccine” #wef23 pic.twitter.com/ahC0rxhYjp

My dude here literally wrote a book about it. pic.twitter.com/TxueB1tDcm

…while discussing the need for depopulating the planet and forcing those of us they allow to survive to subsist on beetleburgers and pedaling our bicycles in the snow.

All for saving the planet.

Even Donald Pleasence as Ernst Stavro Blofeld was more relatable. Christoph Waltz in the same role was eminently more so.

Why do we tolerate this collection of socialist suck-ups and public-sector/nonprofit miscreants purporting to dictate our futures to us? Are we not offended at the idea that Seth Moulton, briefly and laughably a candidate for president, would travel from Massachusetts to Switzerland and demand more throttling of American speech in the wake of the Twitter Files and the Big Tech censorship lawsuit filed by Louisiana Attorney General Jeff Landry and Missouri Attorney General Eric Schmitt, both of which proved that the federal government is illegally censoring our citizens?

This is what Davos is. It’s now a giant bitch session about ordinary people and all the ways we’re making the lives of our betters more difficult. And Blofeld — er, Schwab — set the tone for this year’s airing of grievances against the common man with a quote describing this year’s theme (“Cooperation in a Fragmented World”), which reads thusly:

We see the manifold political, economic and social forces creating increased fragmentation on a global and national level. To address the root causes of this erosion of trust, we need to reinforce cooperation between the government and business sectors, creating the conditions for a strong and durable recovery. At the same time there must be the recognition that economic development needs to be made more resilient, more sustainable and nobody should be left behind.

It’s gobbledygook, but it isn’t that hard to parse. What he’s saying is it’s a bad thing that regular people have come to absolutely despise the monomaniacs and control freaks among the globalist New World Order gang, and something ought to be done about us. Like ramping up the efforts at de-banking and cancellation and social credit scores and shortages of ordinary goods and services, as a product of those public-private partnerships the neocommies love so much more than our Constitution does.

At Davos, the Twitter Files isn’t a scandal. At Davos, it’s a case study in how it’s done.

They hate us. Though they would surely like to do figuratively to us what they’re literally doing in those hotels with the escort-service pros. Except the prostitutes will make out considerably better than we will if Schwab’s Great Reset is ever put in place.

And besides Moulton and Stelter, other American political figures present at the Davos parliament of whores include John F. Kerry, the “special presidential envoy for climate,” whose presence there is so constant that he’s practically indistinguishable from the furniture; Avril Haines, the director of national intelligence; Martin J. Walsh, the secretary of labor; Katherine Tai, the U.S. trade representative; and Sens. Joe Manchin, Kyrsten Sinema, and Chris Coons. There are Republicans too, you know, like Idaho Sen. James Risch and Reps. Mike Gallagher, Darrell Issa and Maria Salazar. Former Secretary of State Henry Kissinger joined in via video link.

Which tells us Kissinger will not be partaking in the services of the escorts in Davos. As for the rest, who knows?