At Large Crime,Indigenous Peoples,Islam,Norway A New Woke Name for Oslo? - The American Spectator | USA News and Politics
Menu
At Large
A New Woke Name for Oslo?
Norwegians are indigenous to Norway, yet the trendy Oslo City Council wants to give the country’s capital a second name, after a small group of latecomers who are not even indigenous.
by Bruce Bawer
A photo postcard of mountain Sami people from 1928. (T. Høegh/Wikimedia Commons) 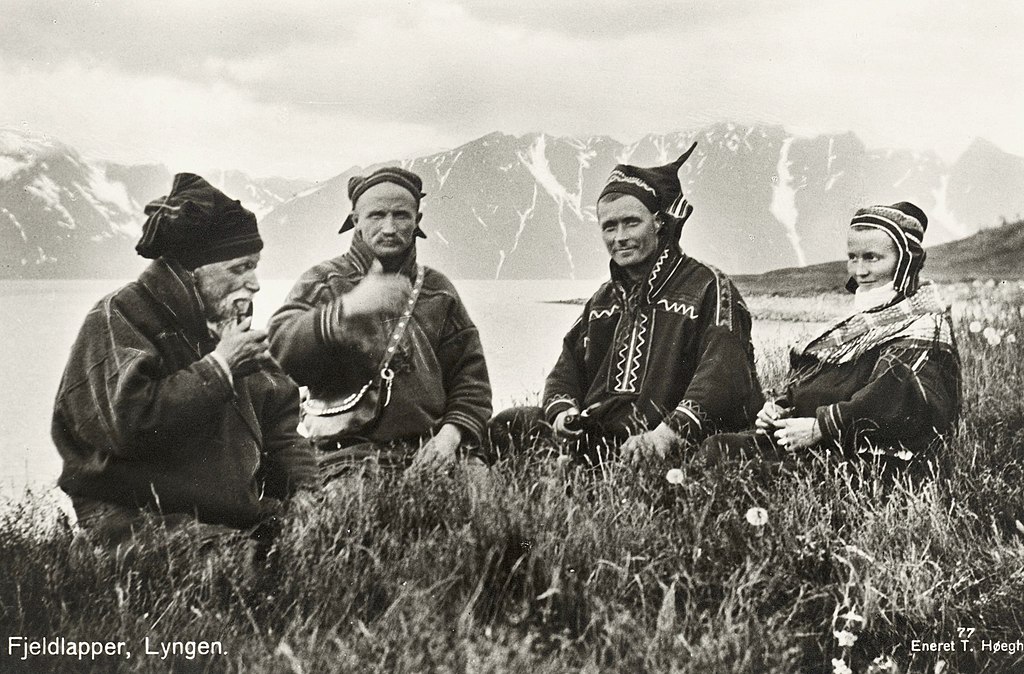 Recently I dropped my cell phone somewhere between our home and the supermarket across the street. When I opened our front door with the intention of going out and looking for it, I saw that somebody had found it and put it on our welcome mat. A few days later, I lost my keys on the way to our mailbox, a block away. (Don’t ask.) When I went out to search for the keys, somebody had found them and hung them from the mailbox.

A few months ago somebody picked up a nice-looking jacket that had been dropped outside of a local restaurant and draped it over the eatery’s streetside railing. It’s still hanging there, waiting for its owner to claim it.

Welcome to small-town Norway — an exceedingly high-trust society where some people still keep their doors unlocked and leave their car keys in the ignition.

Oslo, Norway’s capital, used to be like this, too. Safe. Ultra-civilized. Idyllic, even. But that was long ago. Over the years, like other Western European cities, it’s grown increasingly violent and crime-ridden. Like Paris and Stockholm, it now has its own sharia enclaves where pre-teens sell drugs and teenagers tote knives, guns, and machetes. To these kids, fear of the police is a foreign concept; indeed, the cops tend to give such neighborhoods wide berth, allowing youth gangs to hold slugfests in local squares and cabbies to act as community spies, tattling to family patriarchs on women and girls who’ve dared to leave home with their heads uncovered.

“Murder, shooting, stabbing, robbery, assault, car burnings, and gang crime are the new normal for our capital,” lamented Progress Party politician Per Willy Amundsen in a November 2021 op-ed. “Some parts of the city are particularly vulnerable, but no place is safe.” In June, an Iranian-born man shouting “Allahu akbar” killed two people and wounded twenty-one in a shooting outside Oslo’s largest gay bar. Two months ago, Norwegian police admitted to NRK news that in heavily Muslim east Oslo, gangs have solidified their sense of territorial ownership to the extent that they now charge “tolls” to some people wishing to cross from one neighborhood into another. Even the Chicago Mob never went this far.

So what’s on the mind of Oslo’s City Council? You guessed it: they want to give the city its own official name in Sami.

The Sami people, in case you didn’t know, are members of an ethnic group, formerly called Laplanders (a term now considered derogatory), most of whom live in the northernmost parts of Norway, Sweden, and Russia. In Norway, they number about 50,000, which means they make up less than one percent of the country’s population. What to say about them? Described in a 19th century encyclopedia as “small and ugly, but strong and hardy,” they wear colorful native costumes featuring a lot of red. They listen to a genre of music called “joik.” And to a remarkable extent, their lives revolve around reindeer. They raise reindeer. They eat reindeer meat. They wear reindeer pelts. They use reindeer to pull their sleds. Their children keep reindeer as pets. And on long, cold winter nights, in front of a roaring fire, after a couple of glasses of wine, with Sinatra singing ballads in the background (joik just isn’t appropriate to such situations) — well, you do the math.

Anyway, the thinking of Oslo’s City Council seems to be as follows: like Brussels, which is Bruxelles to its Francophone residents and Brussel to Dutch speakers, Oslo, the capital of another country with multiple languages, should also have two names. On closer inspection, however, the proposal makes no sense. For one thing, the Sami aren’t native to the area around Oslo: their own capital, Karasjok, is over a thousand miles to the north. For another thing, there are about twelve distinct Sami languages, which differ remarkably from one another in vocabulary and grammar. Which to favor?

As it happens, Oslo’s City Council prefers the South Sami word “Oslove,” because “OsLove” — with a capital “L” — was a popular hashtag in the wake of the 2011 massacre by Anders Behring Breivik. At that time, its popularity had nothing to do with the South Sami language; rather, it was, like “brunch” and “Oxbridge” and “shart,” a portmanteau word — a combination of “Oslo” and “love.” You see, the party line that was sold tirelessly to the great unwashed by the Norwegian government and media after the massacres, which had supposedly been committed in the name of Muslim-hate, was that all of us — Muslims and non-Muslims alike (excluding, of course, anyone who was in any way critical of Islam) — should come together in perfect love and peace and harmony, like in an old Coke ad or a parade in Pyongyang.

Of course, the word “love,” as in “love and peace and harmony,” is English. In Norwegian, “love” (pronounced LOO-veh) is a noun meaning “the palm of the hand” or a verb meaning “promise.” The word for “love” in the Norwegian Bokmål dialect is “kjærlighet”; in the Nynorsk dialect, it’s “kjærleik”; in Southern Sami, it’s “känsla”; in Northern Sami, it’s “ráhkisvuohta”; and in Lula Sami it’s “gieresvuohta.” Which explains why there are no great love songs in any of these languages.

Anyway, Lena Jensen, who is a political consultant for the Mayor of Oslo, is over the moon about “Oslove.” “It’s great,” she gushed dopily to the newspaper Dagbladet. “Isn’t it beautiful? I think it’s fantastic!” She adds that aside from being wonderful in and of itself, “Oslove” would be a meaningful way of recognizing Norway’s “indigenous people.”

Alas, this doesn’t make sense either. Yes, some countries have “indigenous people.” In the U.S. they’re called Native Americans. In Canada they’re called the “First Nation.” In Australia, aborigines. In New Zealand, Maori. But in Norway, the indigenous people are Norwegians. The Sami, believe it or not, actually came later. And their numbers are tiny. And, as noted, they’re not native to southern Norway, where Oslo is located.

But why should such details matter to woke Oslo politicians? What’s plainly driving their cause, in part anyway, is good old–fashioned imperialism envy. The Norwegians who govern Oslo manifestly want to feel that, just like Americans and Canadians and Aussies and Kiwis, they have their own primitive tribes, consisting of people smaller and darker and less metrosexual than themselves, to feel guilty about and superior to. But there’s another obvious factor: coming up with some easy, dumb, condescending way to appease a minority group is a neat way of distracting the public from the real problems you’re supposed to be addressing. It’s like Lori Lightfoot pulling down statues of “racist” Founding Fathers in order to draw attention away from Chicago’s record murder stats.

Some leading Samis apparently see through this cockamamie proposal. Mikkel Rasmus Logje, an adviser to the language department of the Sami legislature, noted that even though the Sami languages do have their own traditional names for Oslo, today’s Sami speakers use the Norwegian word “Oslo.” Meanwhile, readers who commented on a story about this proposal at the alternative news website document.no had their own suggestions. Since there are so very few Samis in Oslo but tens of thousands of Muslims, why not call the city “Oslostan” or “Oslamabad”? Of course, the way things are going, that change will happen soon enough. But hey, why wait till the last minute?