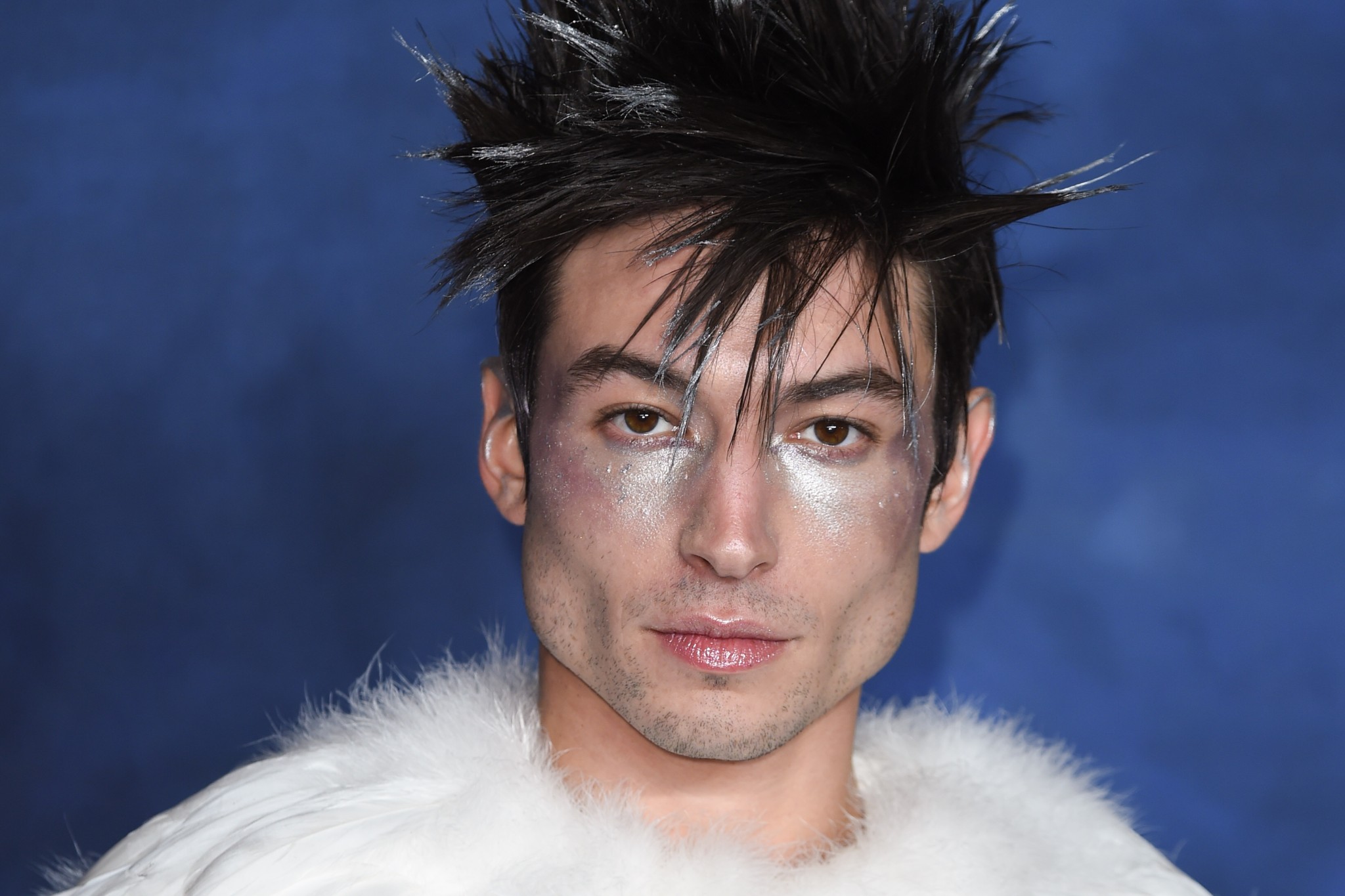 Some news stories aren’t necessarily of international importance, but are worthy of notice because, in one way or another, they do such a terrific job of encapsulating the Zeitgeist.

When I saw headlines last weekend trumpeting that an actor named Ezra Miller was the subject of sensational accusations involving an underage girl, the name Ezra, for some reason, made me picture some veteran character actor who plays grizzled old farmhands, ranch foremen, and the like. Imagine my surprise when I discovered that Ezra is a 29-year-old dude who’s played the Flash — the DC Comics superhero with the power of super-speed — in several recent films of the sort I’d never be caught dead watching, including Justice League and Suicide Squad.

But no. I was wrong — about Ezra being a dude, that is. Ezra’s Wikipedia article refers to him with the pronoun “they” and states that he “came out as queer in 2012, but said in 2020 that they do not use the label ‘queer.’ They had also said in 2018, ‘Queer just means no, I don’t do that. I don’t identify as a man. I don’t identify as a woman. I barely identify as a human.’” That same year, Ezra “announced that they were in a polyamorous relationship with multiple people, including their bandmates in the rock band Sons of an Illustrious Father.” The latest information on Ezra’s gender identity is that “as of 2022” he “uses they/them, it, or zir pronouns.”

The complexity — or utter confusion — of Ezra’s gender identity is reflected in the photographs of him that you can find online. In some, he looks like a generic teen-heartthrob type — a young Johnny Depp or Leo DiCaprio. In others, wearing makeup and lipstick, he seems to be going for Anouk Aimée or Marion Cotillard.

Interesting about Wikipedia, by the way. Its writers and editors don’t hesitate to smear anyone who resists their woke agenda as a “right-wing radical” or “white nationalist” or “conspiracy theorist.” But heaven forbid the site should miss a single nuance of some capricious narcissist’s bewildering and unstable gender profile.

Anyway, on to the charges, various bits of which have been reported by the Los Angeles Times, Vanity Fair, TMZ, Variety, and other sources. In 2016, Ezra was visiting the Standing Rock Reservation in the Dakotas when he met a 12-year-old girl named Tokata Iron Eyes, whose parents are local celebrities. Her father, Chase Iron Eyes, is an attorney and activist who ran for the House of Representatives as a Democrat in 2016; her mother, Sara Jumping Eagle, is a pediatrician and activist who’s been involved in protests against the Dakota Access Pipeline.

It was Tokata’s parents who, in a petition filed the other day with a Sioux tribal court, stated that Ezra, not long after meeting Tokata, flew her to London, supplied her with “alcohol, marijuana and LSD,” paid for her to attend a private school in Massachusetts, and then pushed her to drop out of it.

In January, according to the petition — which was approved by the Sioux court — Chase and Sara flew to Ezra’s Vermont home to collect Tokata, only to find bruises on her body. Shortly thereafter, Tokata rejoined Ezra in New York; he then took her to Vermont and Los Angeles, as well as to Hawaii, where he was served with a restraining order for breaking into a couple’s bedroom and arrested at least twice (accounts differ) for such offenses as harassment, disorderly conduct, and second-degree assault. (Sara has also accused Ezra of assaulting her.)

On June 8, Sara tweeted that Ezra is a “spiritual voyeur dabbling in various indigenous peoples’ spiritual beliefs”; the next day she tweeted that in January Ezra and Tokata took part “in [a] voodoo ritual” in New Orleans, where he gave her LSD and “likely … ketamine as well.”

Bottom line: according to Chase and Sara, Ezra exhibits “cult-like and psychologically manipulative, controlling behavior” toward Tokata and “uses violence, intimidation, threat of violence, fear, paranoia, delusions, and drugs to hold sway” over her. Plus, he’s informed the girl that she’s “non-binary transgender” and ordered her to go by the name Gibson and the pronouns “they” and “them.” During her rare phone chats with her parents these days, Tokata — who now, indeed, dutifully calls herself Gibson — reportedly sounds “robotic” and “brainwashed.”

What to say? For one thing, it may seem curious at first blush that somebody who’s so insistent on choosing his own pronouns should dare to tell another person what her pronouns should be (not to mention force her to take a new name). But psychologically it makes sense. Picking newfangled pronouns and gender labels for yourself, altering them over time, and pushing them on the media is, by its very nature, arrogant and manipulative. So why be surprised when somebody who’s arrogant and manipulative takes it upon himself to tell somebody who’s fallen under his spell what her pronouns — and name — should be?

To put it another way: why should you expect a person with a crippling psychiatric disorder (although one that’s treated nowadays as a respectable, even venerable, human variation) to confine his delusions to himself?

At least one of the journalists who reported on this story, Rebecca Rubin of Variety, seemed unhappy about it — for not one but two reasons. First, explained Rubin, these developments may well imperil Warner’s big plans for Ezra’s forthcoming movie The Flash — which is already in the can, has terrific pre-release buzz, and is scheduled for a splashy theatrical debut in 2023. Second, “at a time when superhero adaptations are largely populated by straight actors,” Ezra, by virtue of being “nonbinary and queer,” is “a refreshingly progressive e choice to headline  big all-audience summer movie.”

Ah, Hollywood values! Translation: Let’s hope this alleged long-term grooming of a minor, with all its twisted aspects, doesn’t harm Warners’ bottom line! And let’s not forget that even if Ezra should abuse a schoolroom full of little girls, he’d still, because of his woke pronouns, count as “a refreshingly progressive choice.”

Which brings us to what may be the most remarkable thing about all these news stories: even as the various journalists laid out the appalling details of the charges against Ezra, they were scrupulous about getting the suspected perp’s pronouns right. Even Sara knuckled under, telling the Los Angeles Times that “Ezra is a 29-year-old person who needs to get help on their own path.”

For a couple of days after Chase and Sara’s petition first made the news, there was radio silence from Tokata — sorry, Gibson. Then she made a public statement replying to her parents’ accusations. Her father, she declared, was “frankly transphobic.” Well, that settles that.

As for Ezra, at this writing the authorities haven’t yet been able to track him down. Maybe he’s used his power of super-speed to get as far away as possible from the whole messy situation. That wouldn’t be any less improbable than the rest of this story — which, if the current gender and pronoun madness ever does end, could make a great movie that, decades from now, would show our descendants just how nutty our world was in the year 2022.