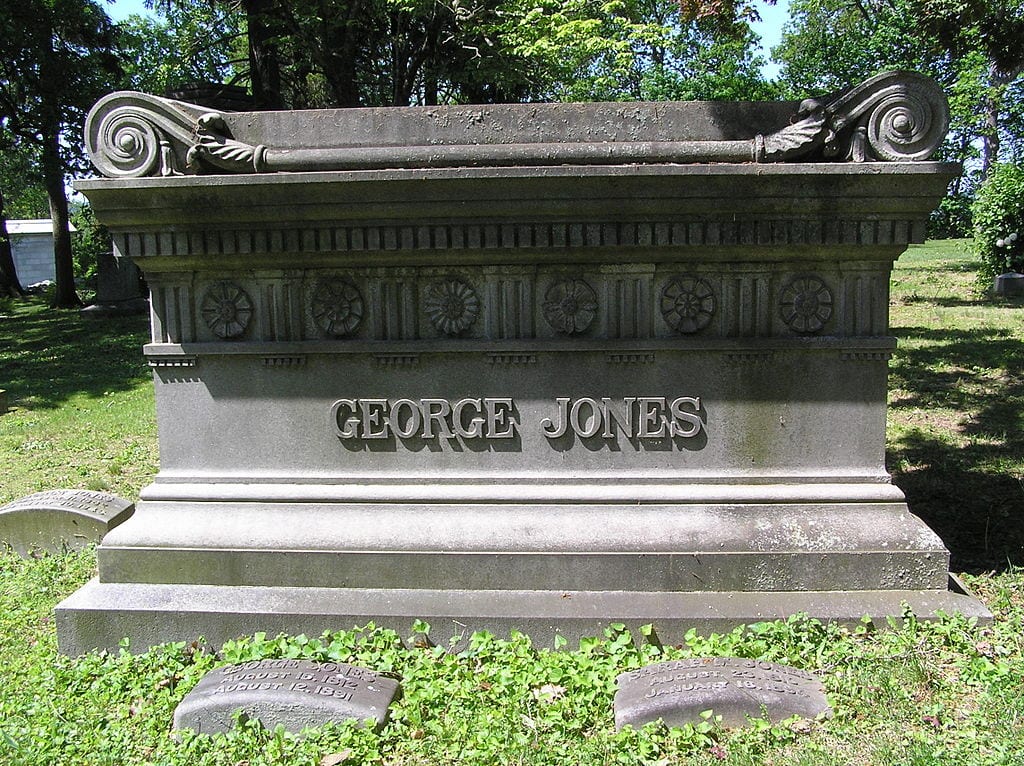 In my last article I wrote on the need for climate change and diversity on American college and university campuses to counter and offset the truly “McCarthyite” suppression of ideas and opinions that now poison the contemporary American college and university experience. Inter alia, I also discussed some of my interest in country music. And, yes, no list can be complete without Johnny Cash (“Walk the Line,” “Ring of Fire,” “Boy Named Sue,” “Folsom Prison Blues”), Waylon Jennings, a whole bunch more Merle (“Sing Me Back Home,” “Lonesome Fugitive,” “Mama Tried”), Patsy Cline (“Crazy,” “Walkin’ After Midnight”), Reba, Hank, Jr. (“A Country Boy Can Survive”), more Willie and Alan Jackson and George Strait, tons of stuff from “Alabama” (“Born Country,” “My Home’s in Alabama,” “Forty Hour Week for a Livin’,” “Mountain Music,” “Pass It on Down”) — and my favorite quirky group, “Confederate Railroad” (“Trashy Women,” “Daddy Never Was the Cadillac Kind,” “Elvis and Andy,” “She Never Cried,” “She Took It Like a Man”). That last group probably now is banned by the P.C. Police because of their name; if you never have heard their stuff, find them on YouTube: sometimes funny, sometimes wacky, and they really hit home with me on “Daddy Never Was the Cadillac Kind.”

OK, also Joe Diffie. And I could go on. So, for those who wonder, here’s the back story, the Rudyard Kipling on “How the New York Rabbi Got into Country Music”:

It is 1994. In a “Bizarro World” reverse-variation on the opening theme scene of the Beverly Hillbillies, my former wife and I packed our three daughters — then ages 13, 12, 11 (yes, “Irish triplets”) — into our Ford Taurus station wagon, and we set off from L.A. to Louisville for my year of clerking for the Hon. Danny Julian Boggs in the United States Court of Appeals for the Sixth Circuit.

At first we were listening to CBS news stations and some talk radio as we worked our ways north-eastward ho through Nevada and Arizona. As we drove farther east, now through Utah, the kids begged us to play radio music stations with stuff they like. So, to pacify them and win their eternal love — and to deter them from annoying each other in the back seat through two more states — we desperately caved. We started playing their music, and after a few dreadful songs with even more dreadful lyrics, my wife and I looked at each other: “Holy cow! This garbage is what they listen to? All day, every day? Yikes!”

So we started fumbling with the radio dial. At the time we knew less country music than the Prophet Habakkuk. We found one of Utah’s various country music stations — and soon thereafter we were in Laramie, Wyoming, where they also have a country music station or two… — and we encountered our first Garth Brooks song. Gorgeous lyrics, haunting melody, profound life meaning: “The River.”

As we both heard that song, en route to Kentucky, a place we did not know, for me to begin a new career in law practice after a decade in the rabbinate, entering a future we could not yet envision, that song was like a message from G-d. We both had tears welling in our eyes. A few minutes later, after some other songs we never before had heard — I truly knew nothing of country music at that point — the station played another Garth standard: “Unanswered Prayers.” By now Garth had so many tears welling in my eyes that I could not drive for a moment, had to pull off to the side of the road.

Meanwhile, in the back, the kids were emotionally unmoved, demanding that we change the station to their preferred music, presumably on a station with the call letters KCRUD. We told them to put a lid on it. “From now on, country music only— until you all are fifty.”

When we arrived in Louisville, I met up again with Judge Boggs, who is perhaps the finest person I ever have known during a rabbinical and legal career that has brought me into close contact with thousands of people — and he also is hands-down the most brilliant. I also got to meet the two other federal appellate court judicial law clerks with whom I would be spending the next year. One was a sophisticated darling guy from Seattle who would not stop talking about some new local coffee company there that none of us ever had heard of, some meaningless local Seattle coffee shop called “Starbucks” or something like that. Like the whole country is supposed to care about some anonymous coffee that grows near salmon or whatever goes on in Washington State, right? And how much did you say they charge for a cup of Joe? Are you crazy? He actually was going to invest in them — what a dope! My money was in America On-Line, AOL dial-up — a sure bet, can’t miss.

My other co-clerk, Kate (not her real name), was a Southern-twanging daughter of a Knoxville tobacco-farming family. I really took to her as a friend, even though (or maybe because) we were so utterly different politically, culturally — everythingly. She fondly took me under her wings, mostly out of pity — initially I culturally was such a fish out of water there — and she taught me about Middle America, about non-Jews, about possum huntin’ and gradin’ ’backer, about burgoo and Makers’ Mark, took me to an Alison Krauss and Union Station concert, explained to me about Graceland. (I had never heard of it.) And then, when she felt I had been socialized sufficiently outside my Brooklyn Jewish cocoon and was ready to spin real silk, she introduced me to more classic country music than the 1994 variety. I had bought my first-ever pair of cowboy boots when I had passed through Laramie, and she insisted that I begin with Conway Twitty’s 1985 classic, “Don’t Call Him a Cowboy Until You’ve Seen Him Ride.” We both laughed hysterically after I heard it. OK, Kate, you win. You got me pegged.

Finally, after several months, she said I now was ready to learn the greatest song ever recorded by anyone in any genre: George Jones and his 1980 “He Stopped Loving Her Today.” She said it would tear me up, leave me bawling and red-eyed. I listened carefully, and I listened again and again. And today I recall my sins (Gen. 41:9): I totally did not get the point of the song. I am a Jew from Brooklyn, and I just did not get it. I had come from a completely different culture with completely different references. In my culture, when someone dies, we say: “Barukh Dayan Ha-Emet” (Blessed is the True Judge, the Judge of Truth). The only exception to that would be when Jimmy Carter dies, which probably would call for a different recitation (“Mazal Tov”).

So she had me listen to “He Stopped Loving Her Today,” and I totally did not get that the guy had died. I couldn’t figure it out.

“Kate, so what happened when she visited him?”

“How do you know he died? How am I or anyone else supposed to figure that out from the lyrics?”

“Because there was a wreath on his door, you idiot!”

“What’s a wreath? Isn’t that what you non-Jews do on Christmas to get guys to kiss you?”

“What kind of toe? A missile toe? What’s a missile toe? Is that, like, you kick someone in the shin so fast that he can’t stop you?”

“Listen, Dov. The guy loved her. He said he would love her till he died. He never stopped loving her, even after she left him. He kept reading and re-reading their old love letters. Because she was gone from his life, and all he had left of her were the old love letters, he became so obsessed with them that he started reading them and re-reading them and re-reading them again, over and over. Then, so utterly obsessed with those letters, because that is all that was left of her, he started underlining old words in them, in red. Then, one day, he died. So he ‘didn’t cry no more tears.’ Get it? He didn’t cry no more because now he was stiff as a board. They put a wreath on his door. That means he was dead as a door knob, Dov. That’s why the country music twanging in the background shifts to organ music, the music at a funeral or a wake. In our culture, we play organ music at a funeral, not ‘Hava Nagila’ or whatever you guys play. So that tells people like you, who missed the wreath reference, that he is dead. Because the organ suddenly is playing. You can’t miss it, Dov. The organ. The wreath. He dropped freaking dead. So now she went to visit him at the wake. And she sees that, yep, the sucker is dead. That is why ‘he stopped loving her today’ — because he stopped everything today. Because he is dead. Because they are carrying him away to bury him. Get it now? So he is dead today, so he stopped eating today, stopped sneezing today, stopped reading the newspaper today, stopped shopping at the supermarket today, stopped watching TV today, stopped doing the laundry today, stopped taking out the garbage today, stopped making phone calls today, stopped breathing today, and — oh, besides all that, he also happened to stop loving her today. Now do you get it?”

And suddenly it all clicked. The organ. The wreath. “Yeah, Kate, now I get it. It’s such a great song, Kate. Greatest song ever! I love it!”

And that is “How the New York Jew Got into Country Music.”