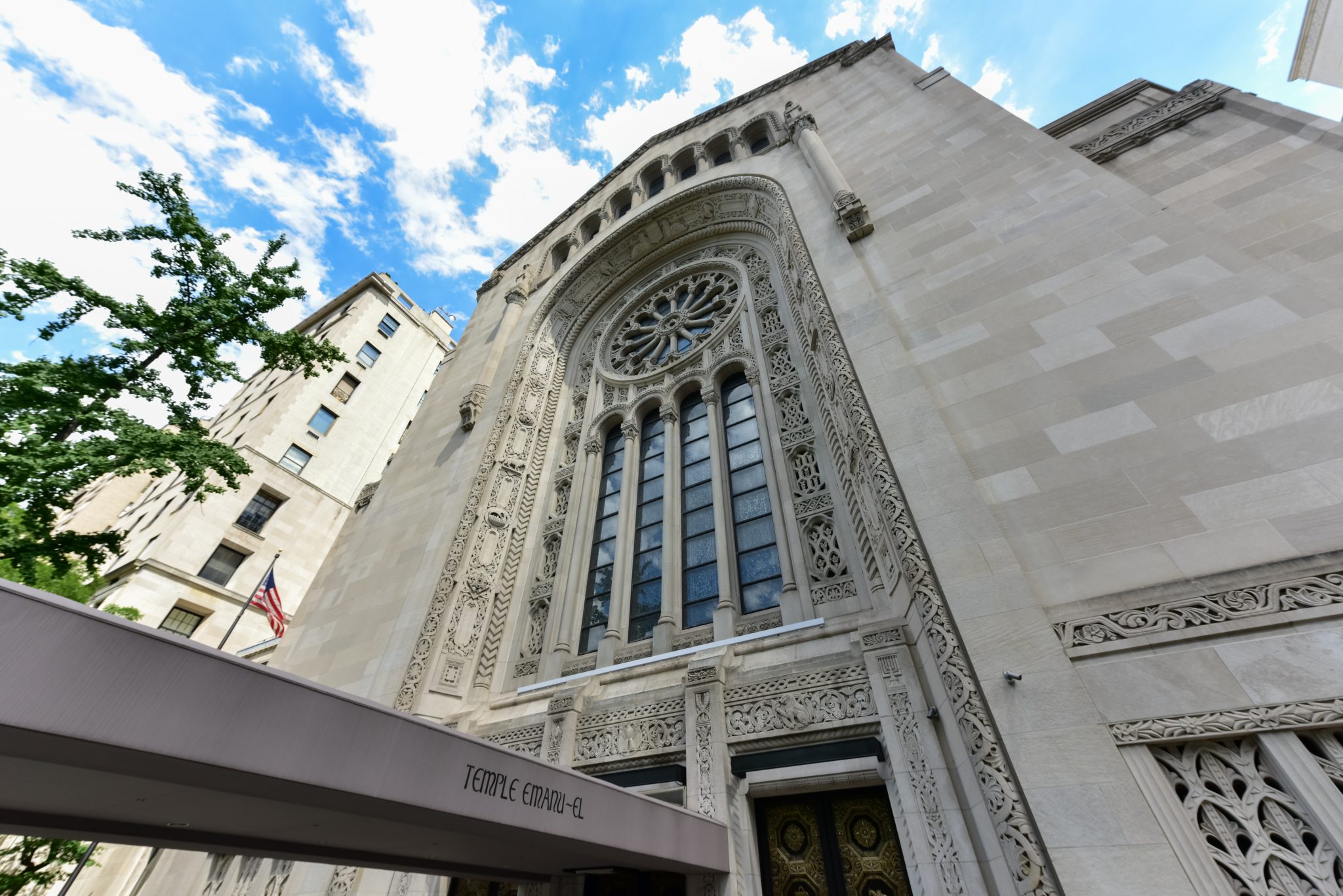 We reopened our building for public prayer on the holiday of Shavuot. We took a great deal of care in making our decision, drawing up our plan, and putting it into action. This festival commemorates the giving of the Torah, with G-d speaking directly to us. It seemed like a good time to reopen our synagogue.

As we did at the beginning of the COVID-19 outbreak, we consulted with the MDs in our congregation. We took part in a Zoom meeting of about 200 of our colleagues run by a husband and wife team who head the infectious disease department of a major city hospital. We consulted with officials in our local governments, both on the town and county level.

Jews have a long and hallowed history of defying human despots. Every tyrant there ever has been, so it seems, has set his sights on us, from Haman to Hadrian to Hitler, with all kinds of others before, after and in between. Long is the roll of those who gave the last full measure of devotion defying them and sanctifying God’s name.

An outstanding example of that spirit was Rabbi Yosef Yitschak Schneersohn, who passed away in 1950. Arrested by Stalin, he was tortured and sentenced to death. Outcry from around the world compelled Stalin to commute the rabbi’s sentence and expel him from the Soviet Union. Before the rabbi left, standing in the rail station, he addressed those of his followers who had dared the spying of the secret police to get a last glimpse of their teacher:

All the nations of the world must know: Only our bodies were sent into exile and subjugated to alien rule; our souls were not given over into captivity and foreign rule….

We must proclaim openly and before all that any matter affecting the Jewish religion, Torah, and its mitzvot and customs is not subject to the coercion of others. No one can impose his belief upon us, nor coerce us to conduct ourselves contrary to our beliefs.

Our closing of our building was exclusively and solely because of the directives of Jewish law and teaching. In his monumental code of law, Moses Maimonides summarized the divine directive for all cases in which expert medical opinion indicates that the normal observance of Jewish law would put a life in danger:

When there is a danger [to life], one may use any of the Torah prohibitions as a remedy, with the exception of the worship of false gods, forbidden sexual relations, and murder.

Not only does the tradition say that we ought to set prohibitions aside to save a life — it teaches that someone who refuses to break a prohibition is, in the language of the Talmud, “a pious fool.” Even more strongly, the sources say that such an act desecrates God’s name, meaning that it would defame the Torah before the world as an ungodly teaching. Deuteronomy teaches, “And you shall choose life.” This is a kind of constitutional principle, determining the way the other laws are to be observed.

During the mid-19th century, there was an outbreak of cholera in Russia just before that supremely holy day, Yom Kippur, the Day of Atonement. As Leviticus instructs, it is a day of fasting and prayer, with people spending most of the day in the synagogue.

At the beginning of the fast, the rabbi of one synagogue, a man of extraordinary integrity and righteousness, mounted the pulpit. He told the congregation that in light because of this terrible plague, it was forbidden by Jewish law to fast this Yom Kippur. Then, taking some food and drink in hand, he said blessings and ate the food in front of everyone.

Someone said to the rabbi on the way out, “Why did you have to do something that looks so impious so publicly? You had just told us we must not fast. Why was that not enough?”

The rabbi answered him, “Had I done that, there would have been well-meaning folk who would have thought, ‘Not fasting is only for people with weak faith. The really pious people will fast.’ I had to show them that right here and right now, this is what G-d is commanding. Right now, preserving life is the definition of piety.”

That was the model by which our synagogue was guided. It did not enter or minds to enter into the controversies over response to the pandemic that quickly took on political symbolism, with Democrats acting this way and Republicans the other. Such considerations quite properly did not figure at all. When we thought, after investigation, that keeping our doors open could reasonably have put lives in danger, we closed them. When after two months, we were convinced that we had a way to safely reopen, we did not hesitate.

Not that we were not prudently cautious. Family members had come in from hotspots on the East Coast. We made arrangements for them to be tested for COVID as soon as they came here. Only after confirmation that they were not carriers were they allowed to come to public prayer. Happily, no one tested positive.

We made changes in the normal pattern of the services. Seating was arranged to keep a proper distance; masks were provided to all. The normal joyous meal we all eat together after prayers couldn’t be served. Several other similar changes were set in place.

Nothing dampened the happiness of our return to praying together in one place. It gave a bounce to our emotions and imbued a real holiday spirit.

But in truth, all had been busy in the meantime. Dozens of events at classes were held on Zoom. We reached out to people around the city by phone to make sure no one was isolated. Many prepared and delivered meals to those who could not go out. People knew that the extrarondary challenge of COVID called for an extra effort, and they rose to the occasion. 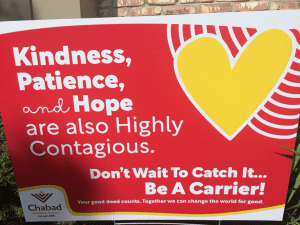 This has also been a time to teach. We designed and produced the yard sign you see pictured above and made it available for anyone. It expresses our resilience as Americans, based on principles that speak from our Jewish teachings and traditions. Even a pandemic is teaching something positive. Looking to G-d for wisdom and purpose, we activate our power to survive and thrive.

One congregation happily opened its doors again. There is much more work to do and caution to be exercised. But we trust that all across our country and around the world, we are moving surely towards a world healed and restored. May we soon be able to celebrate that together in good health, peace, and prosperity!