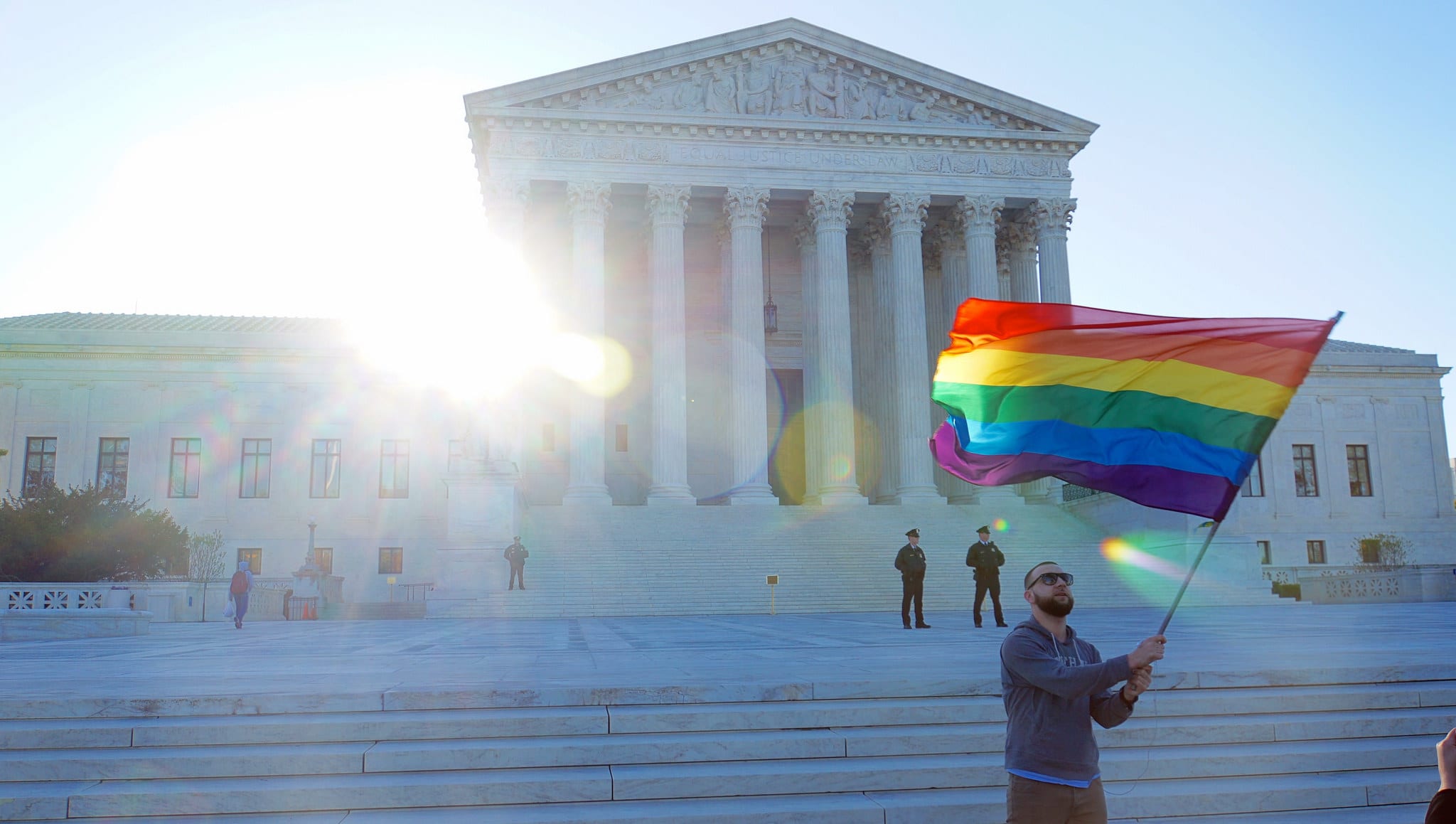 On April 4, 2017, an incredibly important court decision emerged from the Seventh Circuit Court of Appeals: Hively v. Ivy Tech Community College. But you probably heard little about it. Even the Spectator only published one article, and that was brief. The case was simple: does the Civil Rights Act of 1964’s prohibition against sex discrimination include discrimination based on sexual orientation, at least as far as Title VII is concerned? For case-specific reasons, it was not appealed to the Supreme Court of the United States, and therefore did not receive the high profile attention reserved for those cases.

A little background: Hively taught at Ivy Tech Community College, but was consistently denied promotion. She is lesbian, and sued the college for discrimination under Title VII. The college moved for summary dismissal, on the grounds that Hively had not brought a justiciable claim because sexual orientation was not a protected class under Title VII. The lower courts agreed, Hively appealed to the Circuit Court, and it was heard en banc (by the entire Court).

When the Seventh Circuit ruled, it decided by an 8-3 margin that the answer was yes. Four opinions were filed, representing essentially three viewpoints. The first was the majority (and one concurring) opinion, written by Judge Wood, which stated that discrimination based on sexual orientation was inherently based on sex and therefore covered by Title VII. The majority arrived at this conclusion based on three arguments. First, to test if something is sex discrimination, one should imagine the exact same situation except the woman is a man instead (or vice versa) and see if the decision would change. The majority reasoned that if Hively were a man who was interested in women, she would not have been discriminated against (when ruling on whether summary dismissal was appropriate, courts assume that the facts are as favorable to the appellee as possible). Two, they note that a variety of cases — including Loving v. The State of Virginia — establish that discrimination can be based on someone’s associational decisions with someone of a protected class. That’s a confusing standard, so an example may illuminate. If someone is married to a person of another race and refused promotion or fired on that basis, that is racial discrimination (Parr v. Woodmen of the World Life Ins. Co.). That is because the employer makes a distinction based on the race of the person he chooses not to hire. The case, the majority opines, is analogous for gay couples with sex substituted for race. Third, they note that the definition of homosexuality requires one to take account of the sex of the person in question, because it is attraction to someone of the same sex. They reason this means that someone discriminating on the basis of sexual orientation has based their discrimination on sex.

Collectively, these arguments represent a typical judicially liberal method. It might be called textual algebra (though the term of art is purposivism or textualism). The reasoning is all rooted in precedents and the text of the law. But it freely admits that it tends to expand meanings of statutes. No judge would claim that the intent of legislators governs more than the law itself, so to differing extents all judges sometimes apply laws more broadly than originally intended. But an approach characterized by using such logical transformations and syllogisms to determine when laws can be applied to an unanticipated situation will tend to expand the law, not restrain it, and runs the severe risk of leaving the realm of interpretation completely to the realm of simple change to the law. In his concurrence, Judge Posner laughs in the face of this concern.

Judge Posner disdains the idea that Title VII can logically be construed as protecting someone from discrimination based on sexual orientation. Nonetheless, he contends that such a protection should simply be read into the statute. He describes this as “judicial interpretive updating,” and justifies it as necessary to spare Congress the burden of actually passing laws. This is one of the most brazen and barefaced defenses of legislating from the bench, but not surprising from Judge Posner. And it’s a gift to originalists, who mocked him in articles and on twitter.

So we are left with textualist originalism. Judge Sykes wrote this opinion, dissenting from the decision. She writes that the word “sex” simply doesn’t include “sexual orientation” to any fluent English speaker. Further, she argues that the thought test of switching sexes is meant as an evidentiary test, and not an interpretive one. That is, judges should only use that exercise when they need to determine if the actions of the accused party were discriminatory, not when they determine a matter of pure law. Even then, she argues, the majority would still be wrong. They changed two things at once: both Hively’s sex and her sexual orientation. The correct comparison would be a lesbian woman and a gay man. For its part, the majority makes the same argument, saying that Judge Sykes would have the sex of both Hively and her romantic partners changed. Judge Sykes still contends that this is an error, and combined with other more technical errors (including that Loving did not deal with statutory decisions and therefore is inapplicable) it renders the majority opinion too extreme an example of judicial overreach and too tortured in its reasoning.

This case did not get appealed after that, because Ivy Tech doesn’t agree it discriminated against Hively at all. It has decided it likes its chances of winning on those merits back in district court better than its chances of winning the appeal. But the day is not far off when there will be a similar case elsewhere, where the institution may not win on the merits. It will appeal all the way to the Supreme Court, because the main kind of appeals that the Court accepts regards issues on which the Circuit Courts are divided.

Let’s assume Judge Kavanaugh is confirmed by the Senate. His Judicial Common Space score predicts him as an approximate duplicate of both Judge Sykes and Justice Thomas. Two votes on the Court against Hively. Let’s assume that all four of the Court’s liberal Justices side with Judge Wood. How would Chief Justice Roberts and the other conservatives decide?

Judge Wood may contend that Judge Posner’s position is not hers. But Judge Posner spends time in his opinion arguing that it is, and even if it weren’t, the stench of Judge Posner’s opinion will be hard for any originalist to ignore. Let’s not forget either that Chief Justice Roberts wrote a scathing dissent in Obergefell, peppered with characterizations like “indefensible as a matter of… law” and “unprincipled tradition of judicial policymaking.” Furthermore, as fivethirtyeight analyzed, Chief Justice Roberts overwhelmingly votes with the Court’s conservatives in close cases.

With Justice Kennedy on the Supreme Court, Hively’s chances look good on appeal. But with Chief Justice Roberts as the new median, the Seventh Circuit’s decision suddenly seems imperiled. The full extent of the implications for a Supreme Court decision affirming that sexual orientation is a classification completely disjoint with sex is too vast to anticipate.