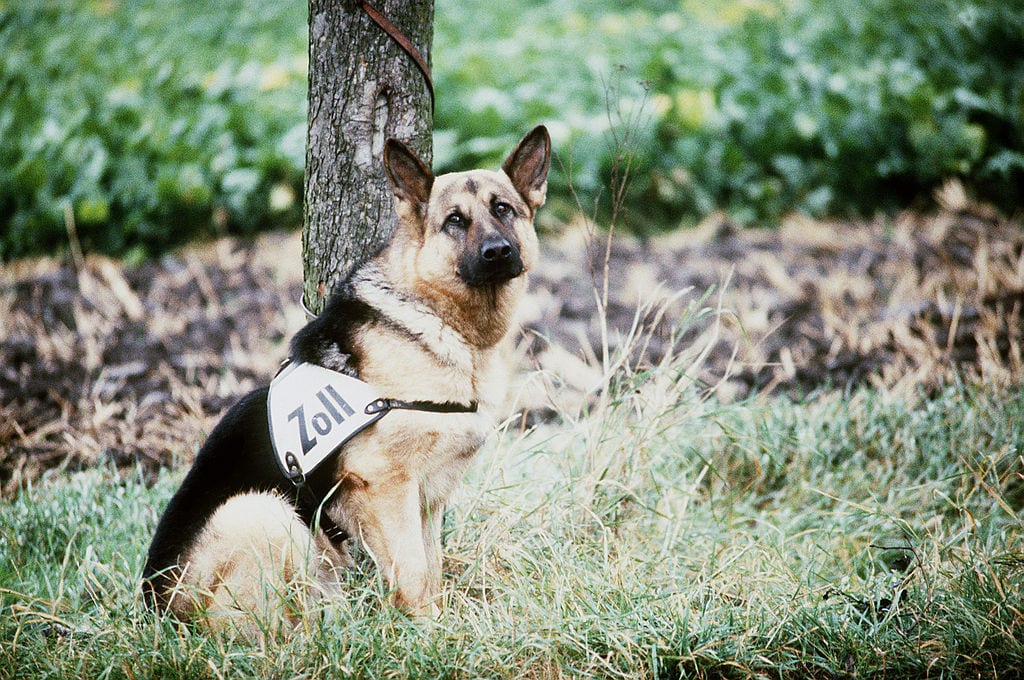 One of the more famous Sherlock Holmes mysteries (“Silver Blaze”) revolves around the disappearance of a famous race horse the night before a race. The all-important clue: a dog that didn’t bark in the night.

“Is there any point to which you would draw my attention?” Inspector Gregory asks. Holmes responds, “To the curious incident of the dog in the night.” When the inspector protests, “The dog did nothing,” Holmes delivers the punch line: “That was the curious incident.”

Why would a vigilant and faithful dog stand by passively during the commission of a crime? Holmes is quick to apprehend that the dog must have known and trusted the intruder.

A silent dog with a wholly different temperament stands guard today against healthy competition and choice in Missouri public schools. Unperturbed at the sight of mediocre, poor, or even shockingly bad test results, the last thing this watchdog wants to do is to wake the family — even with the future well-being of children at risk.

In this case, the dog that doesn’t bark is Missouri’s Educational Establishment, which has fallen into the habit of putting its own self-interest ahead of everything else, including the children entrusted to its care. Like Cerberus, the guard dog in ancient mythology, this establishment is a multi-headed creature — comprising the lobbying organizations for three distinct groups: school superintendents, the teachers’ unions, and people who serve on local school boards — most of them with strong support from school administrators and/or teachers’ unions.

Over the past two decades, Missouri’s educational establishment has done nothing to encourage — and everything to discourage — the formation of charter schools and the introduction of other measures that would give low- and middle-income families a real choice in the matter of picking the right school for their children. Still more, the three different groups that make up the establishment have steadfastly ignored the striking successes that have been achieved by charter schools in other states across the country.

Over 7,000 charter schools operate as part of local school districts in 43 states, the District of Columbia, and Guam. These schools serve more than 3.2 million students, or about 7 percent of the total enrollment in public schools across the country. Twenty-three states place no caps on the number of charters that can operate, and many fund charters and traditional public schools at equal or nearly equal levels. Unlike Missouri, most other states allow charter schools to operate anywhere. In fact, there are over 3,000 charter schools in suburbs, small towns, and rural communities across the country.

In many other states, including Arizona, California, Colorado, Florida, Louisiana, and New York, local school districts have sponsored and supported charter schools as a way of moving quickly to set up new schools where they are needed and giving the leaders of these schools the autonomy and freedom they need — in developing their own curriculum and in hiring, firing, and evaluating teachers — in order to succeed.

In the 2017 U.S. News ranking of the top ten public high schools in the country, nine were charter schools — that’s right, nine out of ten — and five of these were BASIS charter schools. Like all charter schools, BASIS schools don’t have admissions tests — student are admitted by lottery.

Florida is a school choice-rich state. It has more than 655 charter schools scattered across its 67 school districts with a total enrollment of almost 300,000. Parents and students may apply for enrollment and transportation to any public school with open seats. Beyond that, Florida has a panoply of publicly funded scholarship programs aimed at low-income students, students with disabilities, and students not reading at their grade level.

Florida ranks among the top ten states in sustained improvement in student test scores as measured in the NAEP (National Assessment of Educational Progress) exam, also known as the Nation’s Report Card.

Unfortunately, Missouri has a long history of hostility to charter schools and — more broadly — to anything that would disturb the monopoly power that is wielded by local school districts in the supply of free public education. Unless parents can afford either to send their children to private schools or to move to a different district, they must accept the local school or schools to which their children are assigned, like it or not.

As it happens, the two public school districts that have charter schools (Kansas City and St. Louis City) did not go out of their way to welcome them. They were forced to accept charters as part of the resolution of long-standing desegregation cases in the two cities. The Missouri legislature passed a law in 1998 that required the two big school districts to accept charter schools under a stick-and-carrot arrangement — both as punishment for poor performance and as a requirement for additional funding.

Despite fierce initial opposition and only the most grudging acceptance from district authorities, charter schools have endured and flourished in the two cities. They now account for 46 percent of the total public school enrollment in Kansas City and 36 percent in St. Louis. Almost all of the charter schools in the two cities have waiting lists. And why not? Over two-thirds of the 24,800 charter school students in Kansas City and St. Louis are attending schools that outperform the local district average in English and math.

So what about the rest of the Show-Me State? Will it live up to its nickname — in weighing the evidence and finally coming around to the conclusion that families all across our state could benefit by welcoming charter schools into their communities?

The good news, according to Douglas P. Thaman, executive director of the Missouri Public Charter Schools Association, is that the 2019 session of the Missouri legislature may bring “a giant step in the right direction.” Bills are pending in the Missouri Senate and House that would encourage the expansion of charter schools to new areas, including St. Louis County and all cities of more than 30,000 people. At the same time, one or both of the bills would prohibit school districts with empty school buildings from disallowing charter schools the option of bidding for those buildings at auctions to put them back into active and productive use.

The bad news, according to Thaman, who was the founder of one of the first four charter schools that opened in St. Louis City in 2000, is that two of the three groups most opposed to school choice (the Missouri Association of School Administrators and the Missouri School Boards Association) are out in force against it, while the third (the teachers unions) is far from supportive, if less actively hostile.

In a recent article, Susan Pendergrass, the Show-Me Institute’s Director of Research and Education Policy, posed the question: “Why would we need charters in suburban, rural, or ‘good’ districts?” She answered the question with these words:

Asking if there are good charter schools outside of major cities is like asking if there are any good restaurants outside of major cities. Of course there are. Teachers, parents, and community leaders with great ideas for educating kids are everywhere. Charter schools aren’t a perfect fit for every student, but they’re a great fit for the students they serve.

Andrew B. Wilson is senior writer/resident fellow at the Show-Me Institute and a long-time contributor to The American Spectator. Rex Sinquefield is the president of the board of the Institute.