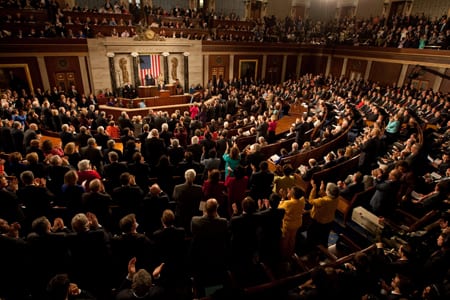 Congress may be more Scrooge than Santa this year if it keeps delaying a funding solution that will keep the federal government from partially shutting down for Christmas – and beyond.

A continuing resolution passed in September was scheduled to expire on Dec. 7, but Congress extended the deadline to set the new budget to Dec. 21 due to the funeral of former President Herbert Walker Bush.

It won’t be an easy thing for Congress to agree on a budget during the next two weeks, especially with the contentious fight between President Trump and Democratic leadership. Trump wants $5 billion to build the wall on the border with Mexico, while Democrats – who will take control of the House next year – want to spend much less, beefing up border security instead.

Congress also intends to take up several more measures during the final days of the lame-duck session, including passing a new farm bill, possibly punishing Saudi Arabia for the murder of journalist Jamal Khashoggi and drafting a bill to provide protection for special counsel Robert Mueller.

Sen. Richard Shelby (R-Ala.), chairman of the Senate Appropriations Committee, told reporters that the fewer things added to the slate, the better chance funding has of passing.

“I’d rather deal with appropriations, for the most part, and keep legislation off anywhere I can,” he said.

Some cynics might view a government shutdown as a Christmas blessing, but in reality it’s bad for the economy. The 16-day shutdown in October 2013 cost the American economy an estimated $24 billion, according to Standard and Poor’s. That equates to 0.5 percent of the country’s gross domestic product.

Furloughed employees receive back pay when they return to their jobs after Congress agrees on funding, so it’s not as if taxpayers get a break – instead, they get to pay federal employees to sit in their recliners and watch “Days of Our Lives.”