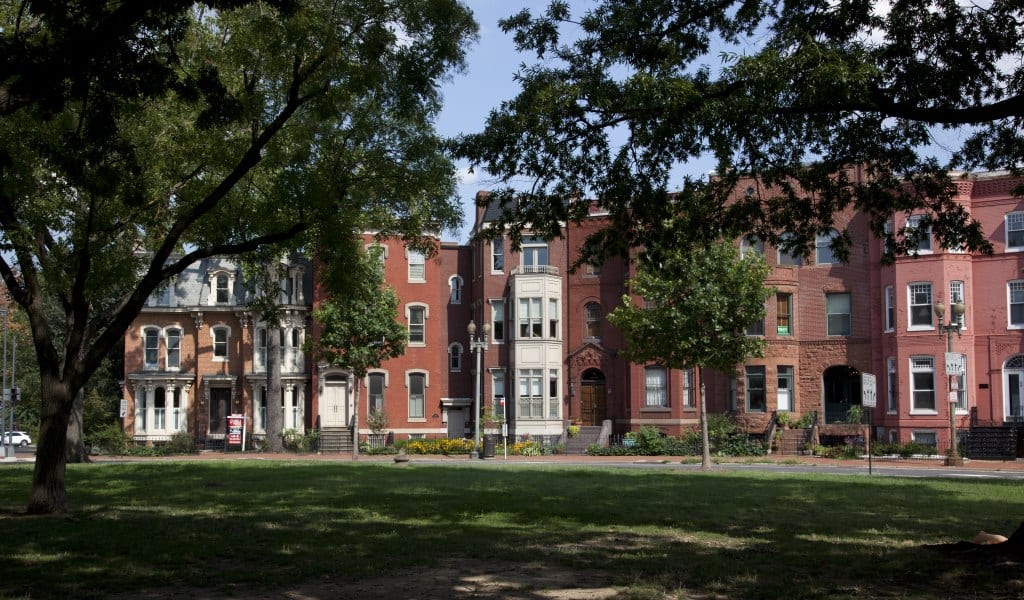 Go for a stroll around an upscale urban neighborhood — say New York’s upper West Side, or Washington, D.C.’s Logan Circle — and you’ll notice something unusual. Outside many of the apartment buildings are lock boxes, sometimes dozens of them. They’ll be hanging from any available structure. They seem to have sprung up like mushrooms after a heavy rain.

But they’re not fungi. They’re keys. For house-sharing, via services such as Airbnb.

House-sharing started as a way to allow people to make extra money renting out a spare room, or even the entire home if they planned to be away for a period of time. That wasn’t an unprecedented idea. Every year families in Augusta, Georgia rent their homes to visiting golfers for the week of the Masters tournament. During major sporting events, such as the 1996 Olympics, some people preferred to get out of town and rent their homes instead of staying and dealing with traffic. 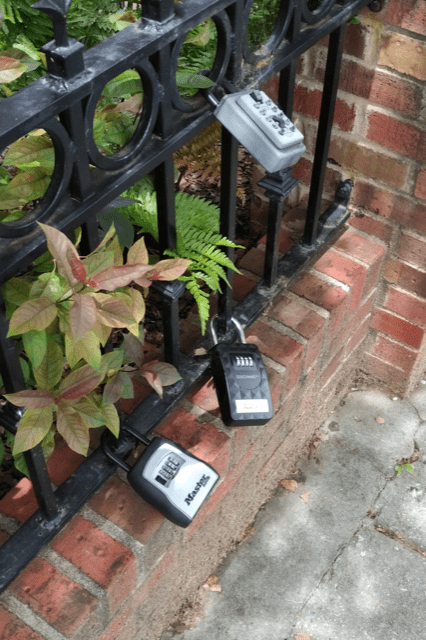 But within just a few years, the Airbnb concept has evolved. Now, many people buy several properties just to rent them out by the night, as if they were hotel rooms. A few years ago, Fast Company explained how one owner did the math. “I can rent apartments for $2,000 a month, but if I were to rent them on Airbnb, I get $150 a night,” a man called “Bradley” explained. He also did all the upkeep himself: cleaning the rooms every day, putting out fresh towels, and so forth.

“Bradley” was living and renting in San Francisco, of course, where it is illegal to rent a place unless you are currently living in it. Not only is “Bradley” aware that he’s breaking the law by not living in any of his four apartments, he’s actively taking steps to conceal that he’s subletting them by the night. That’s why “he was careful not to sign leases at two apartments managed by the same company, which would inevitably raise a red flag,” as Fast Company explained. Yes, you can see how it might.

That’s a big problem with the entire Airbnb concept. It’s set up around the idea that people will break local laws. People are essentially running hotels without meeting zoning requirements, safety standards or paying hotel taxes. Airbnb’s supposedly has a “one host, one home” policy for New York City, to prevent hosts from advertising several rentals in one building. But that policy isn’t working, nor is the law in New York being upheld.

Earlier this year, The Atlantic’s CityLab reported that: “12 percent of Airbnb hosts in New York City, or 6,200 of the city’s 50,500 total hosts, are commercial operators — that is, they have multiple entire-home listings, or control many private rooms. And these commercial operators earned 28 percent of New York’s Airbnb revenue (that’s $184 million out of $657 million).”

That’s commercial operators. They’re not an average owner renting out a room, but an actual company renting rooms as if running a hotel. The hotel room tax in New York City is 14.75 percent. That’s a lot of revenue that the city is essentially being cheated out of. Meanwhile, actual hotel operators, large and small, can’t compete, since their prices are, by law, at least 14.75 percent higher.

Short-term rentals are also bad for neighborhoods. As one man in Toronto noted when his apartment building started filling up with Airbnb units, “Having a constant turnover of unfamiliar people in a residential building others call home can undermine the feeling of stability.” He added that “living among ghost neighbours isn’t how to build a healthy city.”

Suppose you owned a condo in New York City and were playing by the rules: you don’t rent out your place; you live there. You may find visitors hauling luggage up and down the stairs at all hours. Disruptive guests who see no need to behave. People who take no pride of ownership, because they have none. They’re here today, gone tomorrow. It’s a real nuisance.

There’s a simple answer to all these problems: Force Airbnb to obey the same laws that hotels and motels do. Make it pay the same tax rates, comply with the same safety standards, and be subject to the same reviews. Innovation of course is a very good thing — and Airbnb, as originally conceived, is just that and I’m all for it. But a hotel is a hotel, like it or not, and laws are laws.

Christian Josi is a veteran of international center-right politics, a noted media strategist, and an occasional columnist. He is the Founder and Managing Director of C. Josi & Company, a global communications resource firm with offices in Virginia Beach and Washington. He strongly prefers to sleep in his own bed, in his own home, and is known to go to great lengths to avoid doing otherwise.