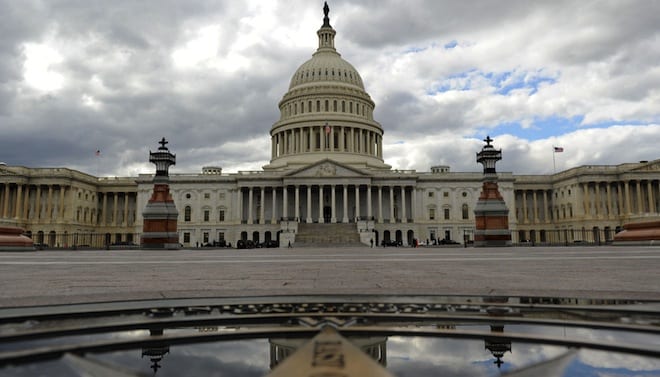 Some good-government advocates are calling on the lame-duck  Congress to do the bare minimum until January, while others say the GOP should press its advantage before the 116th Congress comes calling.

Why the call for sloth? This lame-duck Congress has 70 members who will leave office in two months, providing little to no accountability for those about to be booted from Capitol Hill.

It’s not mere speculation: Mercatus Center analyzed roll-call votes from 1939 through 2014 for the House (29,000 votes) and Senate (22,000 votes) during lame-duck sessions, finding that not only do members miss more votes during this period, but they also are less likely to vote with their party on important legislation.

The authors of the study, Emily Hamilton, Christopher Koopman, and Matthew Mitchell, found that while departing members of Congress were less beholden to special interests, they also are more likely to look out for their future employers.

Mercatus notes, however, that some important legislation has been passed during post-election sessions, including the impeachment of President Clinton, the expansion of the General Agreement on Tariffs and Trade, and the creation of the Department of Homeland Security.

This midterm election saw Democrats take back control of the House while Republicans maintained control of the Senate. New members will take their posts at the beginning of January.

“This election cycle really was about delivering a check to this administration, and it would be quite disappointing if we do not do that for the people,” Democratic representative-elect Ilhan Omar of Minnesota proclaimed after the midterms.

Before Omar and her ilk are sworn in, Congress will deal with a handful of major issues, including additional funding to avoid a partial government shutdown, $25 billion for a border wall with Mexico, and demands for protection for Special Counsel Robert Mueller in his probe of possible election meddling by Russia.

Several federal agencies, including the aforementioned Department of Homeland Security, will run out of funding on Dec. 7 if Congress doesn’t make appropriations. If the past holds to form, lawmakers will look to attach earmarks to the must-pass spending bill.

Consider that in the 2010 midterm, the lame-duck Congress passed a spending bill that included 6,000 earmarks worth $8 billion. That led the late Arizona Republican Sen. John McCain to declare, “The American people said just 42 days ago, ‘Enough! Are we tone deaf? Are we stricken with amnesia?”

In a nation already facing record deficits and debts, the concept of a repeat is troubling.

“The country is faced with a $1 trillion deficit and a debt approaching $22 trillion, and further fiscal irresponsibility is unfair to taxpayers,” he said.

The mixed Congress that will be in session the next two years can work together on some of the issues with which both parties agree, Williams noted.

“Issues such as crony capitalism and protectionism run rampant across both parties, and pro-liberty lawmakers can find Democratic votes to help end favoritism toward ‘connected’ companies and industries,” he said.

Investor’s Business Daily argues that now is the time for Republicans to strike, while they still control both chambers. The outlet said outgoing Democrats and Republicans might both be more amenable to a deal in the last dozen-or-so days in the session.

“Congress might end up looking more like ‘Let’s Make A Deal’ than a sober-minded, cost-conscious legislative body,” IBD concluded.