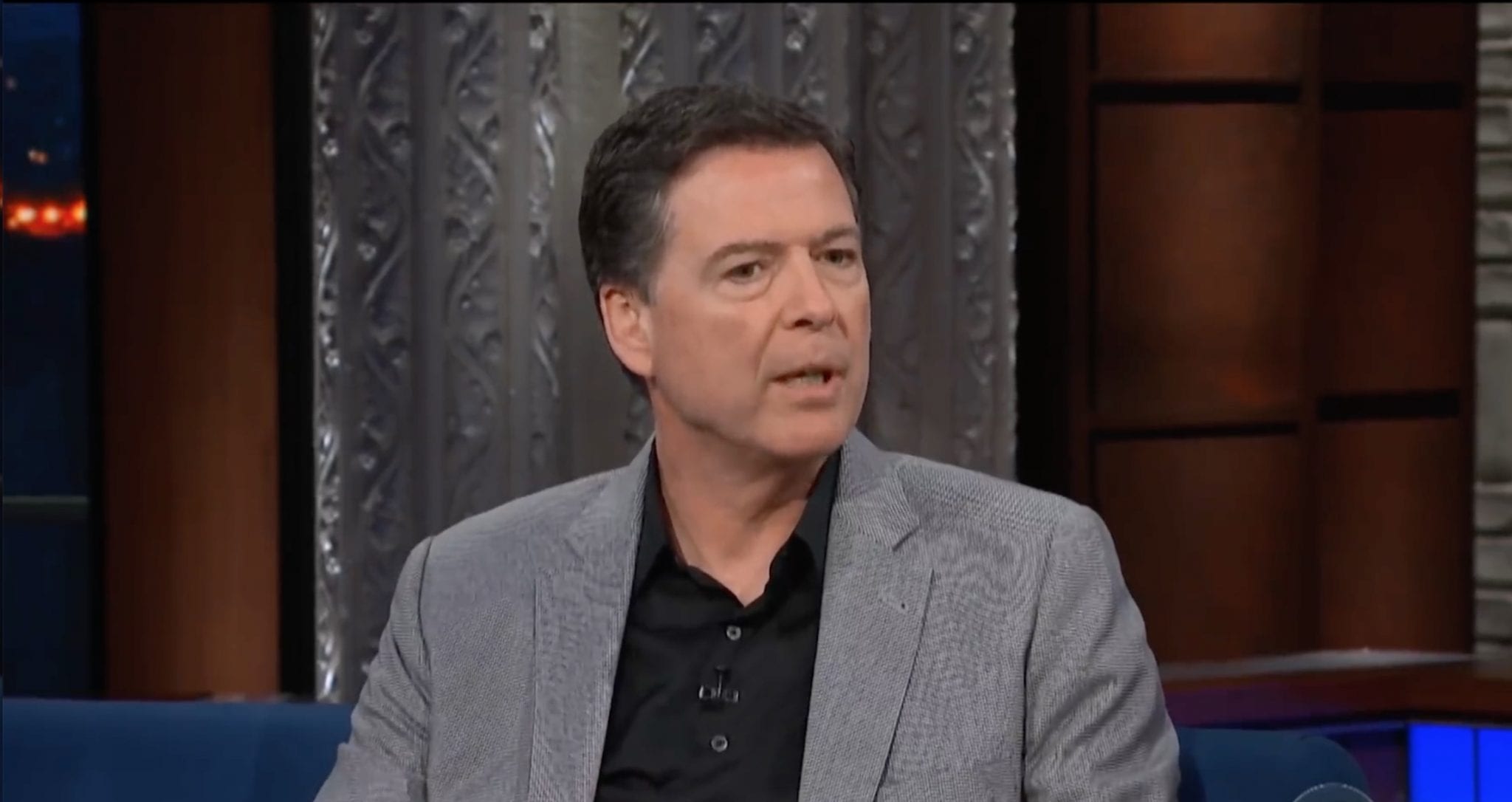 An odd thing is happening in President Donald Trump’s America. Over time, his rivals turn into their own versions of The Donald. No greater example exists than James Comey, the FBI chief whom Trump fired last year.

Trump canned Comey in a spectacularly brutal and public way. Not in person, but on camera, as if the FBI top gun were a contestant on his erstwhile reality show, The Apprentice.

As Comey wrote in his book, A Higher Loyalty: Truth, Lies and Leadership, he learned he had been fired in Los Angeles in front of a room of potential FBI recruits when the words “Comey resigns” flashed across TV screens along a back wall. At first, Comey laughed off what he thought was a joke. Then he saw the headline, “Comey fired,” and he wasn’t laughing anymore.

News crews in helicopters captured his car ride to the airport as if Comey were O.J. Simpson on the run.

A month later, Comey charmed the Senate Intelligence Committee with his aw-shucks demeanor, and phrases like, “Lordy, I hope there are tapes” — a response to a Trump tweet that suggested the commander in chief might have taped their talks.

On his book tour, Comey is Mr. Nice Guy no more. He has outgrown his “Leave It to Beaver” lexicon and replaced it with the sort of trash talk that served Trump so well on the campaign trail. Comey seemed like such a gentleman — not so now with his swipes at Trump’s physical appearance.

Comey writes of his first meeting with Trump: “His face appeared slightly orange, with bright white half-moons under his eyes where I assumed he places small tanning goggles, and impressively coiffed, bright blond hair, which upon close inspection looked to be all his.”

Trump likes to brag about his big hands, and how his crowd-size, poll numbers or whatever are bigger than anyone else’s.

In that department, Comey out-Trumped Trump when he revealed details of his first meeting with the then-president elect. Comey wrote that as Trump “extended his hand, I made a mental note to check its size. It was smaller than mine, but did not seem unusually so.”

Both Trump and Comey are known leakers who have no problem trashing others for doing what they’ve been doing. A master at self-promotion, Trump famously talked off the record to reporters under the phony name John Barron years ago when he was hyping his net worth.

Comey has leaked as well. He admitted that, after Trump fired him, he gave a law school professor an unclassified memo about a meeting with Trump and instructions that the professor “share the substance of the memo — but not the memo itself — with a reporter.”

Comey’s book tour candor has not enhanced his reputation. A Rasmussen Reports survey found that 41 percent of likely voters believe he should be prosecuted for leaking to the media.

Trump talks endlessly about his many triumphs and how much other world leaders tell him that they like him and respect him.

In memos Comey wrote to himself after talking with Trump, the former FBI chief repeats Trump’s blandishments — such as that Comey conducted himself “honorably,” “had a great reputation” and “that the people of the FBI really like me.” Read the memos and you’d almost think the president and lawman talked more about Comey than Russia.

On CNN Thursday, Comey told anchor Jake Tapper that “it’s possible” the Kremlin has compromising information on Trump. Comey admitted he had no proof, but observed that Trump protests too much the allegation that he consorted with Moscow prostitutes, and Trump does not like to pan Russian president Vladimir Putin.

It was a cheap shot — reminiscent of Trump’s nasty insinuation during the GOP primary that the father of Sen. Ted Cruz, R-Texas, somehow might have been associated with the assassination of President John F. Kennedy.

In that spirit, it’s possible that Comey is turning into Trump bigly — although to complete the transformation, it would help if Comey could lose some of his sanctimony.