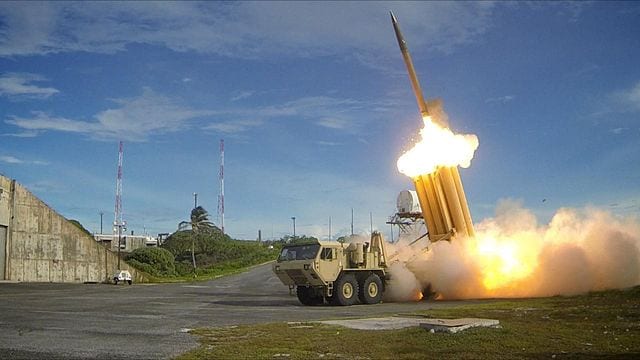 The Army’s recent claims it’s going to be better stewards of taxpayer money comes just weeks after a major report on how the Department of Defense and other federal agencies were quickly trying to spend the remainder of their budgets before the end of the fiscal year in September.

The Army’s Command Accountability & Execution Review (CAER) program is its part of that effort to be more cost-conscious spenders. That program looks to tackle a few major areas of Army spending where good fiscal management seems to be lacking.

“We recognize that we could definitely improve our stewardship of the resources that we have and certainly better optimize our purchasing power across the Army,” Lt. Gen. Thomas Horlander told Defense News in a recent interview.

The Army’s CAER program will focus on the supply chain, contract management, and transportation. Defense News points out that the sheer enormity of the Army’s supply chain, everything from repair parts to fuel to food, makes it a ripe area for wasteful spending.

Defense One reported last month, in the weeks before the end of fiscal year 2018, that the Pentagon was expected to spend about $300 billion in July through September to use the remainder of its $700 billion budget.

“The spending spree is the product of the omnibus budget agreement signed six months late in March coupled with funding increases of $80 billion for defense,” Defense One reported. “The shortened time frame left procurement officials scrambling to find ways to spend the money.”

Forbes notes that this isn’t uncommon among government agencies, as bureaucrats from the local to the federal level often find themselves with plenty of unspent funds toward the end of their fiscal years and worry about their budgets being diminished in future years if they show a bottom line with a surplus.

The same type of spending occurred in Defense in 2017, OpenTheBooks, a government transparency watchdog, reported. During the last week of fiscal year 2017, 67 federal agencies spent $50 million. That includes the would-be budget hawk Army, whose tally included $62,000 for snowboards and paddle boards, $35,000 for arcade machines and $6,600 worth of fidget spinners.

“Unfortunately, most of the federal government adheres to a philosophy of ‘use or lose it.’ This only results in waste, fraud, and abuse in government spending as the fiscal year comes to an end,” Senator Rand Paul told Newsweek. “Since entering the U.S. Senate in 2011, I have made a point to only use the resources I need. That’s why, in the last seven years, I have returned over $3,500,000 back to the treasury.”

It’s also easier to be wasteful when your books are so sloppy they can’t even be audited. Defense was among the federal agencies called out by the Government Accountability Office last year for material weaknesses in accounting procedures. Those weaknesses were so bad the GAO couldn’t even give an opinion on the balance sheets of multiple agencies, including Defense.

In fact, about one-third of the federal government’s reported assets are held by agencies whose books were so sloppy the GAO couldn’t issue opinions on their finances.

That hinders “the federal government’s ability to reliably report a significant portion of its assets, liabilities, costs and other related information,” the GAO said.

Defense is probably the worst of the lot, growing so big that it was considered unauditable. But that’s now in the process of changing, as the department is now undertaking the largest audit in federal government history. Defense will spend about $367 million this year and use 1,200 of its personnel to examine its own books.

Michigan State University economist Mark Skidmore, working with graduate students and a former government official, found $21 trillion — yes, trillion with a T — in unauthorized spending for the years 1998-2015 by Defense and the Department of Housing and Urban Development by closely scrutinizing government websites and querying U.S. agencies. And they found there was some effort to hide that spending, as the Office of Inspector General disabled the links to key documents that showed unsupported spending, but the researchers had already cached the files.

Skidmore said in a Forbes column that the uncovered spending should be a concern to taxpayers.

“These reports point to a failure to comply with basic constitutional and legislative requirements for spending and disclosure,” he wrote.

Let’s hope that as Defense goes under the microscope it starts anew a commitment to a strong national defense that is not also a wasteful one.