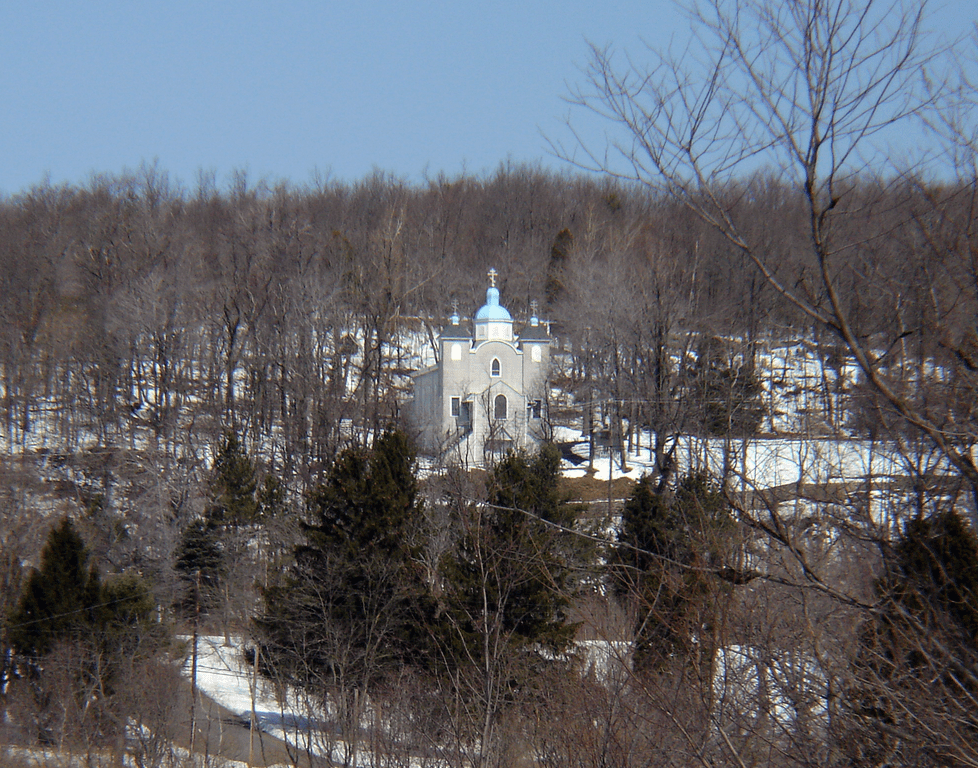 There was a period in my younger days when I became fascinated with epics disasters, and read about them almost to the exclusion of anything else. Pompeii. Chicago Fire. San Francisco Earthquake. Krakatoa. Most of the books were okay-ly written. The pick of the disaster crop of was (and remains) David McCullough’s account of the Johnstown Flood. I’ll bet that man can make a great read of his Christmas thank-you notes.

In any case, last night I was reading BBC articles when I came upon a story about a disaster I had missed. And one that is still ongoing: the mine fire that turned Centralia, Pennsylvania, into a virtual ghost town. I use the term “virtual” because it seems a handful of people, inexplicably, still live there.

Centralia is in coal country in northeastern Pennsylvania. Coal mining was the reason the town was founded and what kept it going for nearly a century. According to the U.S. census, by 1890 it had about 2,800 residents — its peak population. By the early 1960s, with the demand for anthracite in decline, there were about 1,000 folks, give or take, living in Centralia.

Centralia’s day of disaster came on May 27, 1962, when local firefighters, sent to clear out a landfill site, set the garbage on fire. Now, the landfill was on an abandoned strip-mining pit. As the fire heated up, it spread downward, into the mine shafts beneath the town, and ignited the seam of coal upon which Centralia was built. All attempts to extinguish the underground fire failed, and then things began to get really ugly in Centralia,

Unlike other disasters that came suddenly, hit hard, and came to an end, the mine fire percolated under the town for years. In the 1970s, it had become obvious that the mine fire was dangerous to residents on a number of levels, including deadly gases such as carbon monoxide that were forced up through the ground. Government officials wanted to relocate residents in areas most exposed to the gases and tear down their homes. The officials got a lot of angry push-back from the citizens of Centralia, so that plan petered out.

Then came another problem: sinkholes.

On Valentine’s Day, 1981, 12-year-old Todd Domboski’s mother sent him to run an errand. Along the way, Todd noticed smoke coming out of the ground beside a tree. He walked over to investigate, and suddenly the earth opened up beneath him and he fell into a smoke-filled pit. The more he struggled and screamed, the more the ground fell away and the deeper the hole became. Todd managed to catch one of the roots of the tree, held on, and kept screaming for help. By the grace of God, his cousin was walking by, ran over, and hauled Todd out of the hole.

That was the decisive event that persuaded most of Centralia’s residents it was time to get out of town.

Over the years since the town was abandoned, the heat from the fire — which is still burning, and still emitting poisonous fumes — buckled roads and sidewalks, overturned concrete front steps, and opened more sinkholes all through the town. Almost all the houses and other buildings were torn down, but one place remains intact: the Ukrainian Catholic Church of the Assumption of the Blessed Virgin Mary.

Centralia has died, but this parish remains alive — 56 years since the fire started. It’s a landmark, and not just because in terms of structures in Centralia, these days the church doesn’t have much competition. It stands on a hill overlooking the empty town, its Byzantine-style architecture bringing a bit of Eastern Europe to Pennsylvania. Crowning the church a beautiful blue dome surmounted by a golden cross.

Father Michael Hutsko, the pastor, told the BBC reporter that 1986, when the state of Pennsylvania was overseeing the razing of Centralia, it appeared that the beautiful church would go, too. But the Ukrainian archbishop, Stephen Sulyk, slammed on the brakes long enough for a survey of the site. The engineers drilled under the church and found solid rock, not coal. That fact saved the church.

Today the parish has a faithful congregation of about 50 believers who drive here from other towns for the Divine Liturgy. The current archbishop, Sviatoslav Shevchuk, visited once and was so impressed by the beauty of Assumption, he designated it a pilgrimage site. So now, every year, Centralia and the church receive hundreds of out-of-town pilgrims.

It’s really the only significant sign of life in a town where a disaster is ongoing.