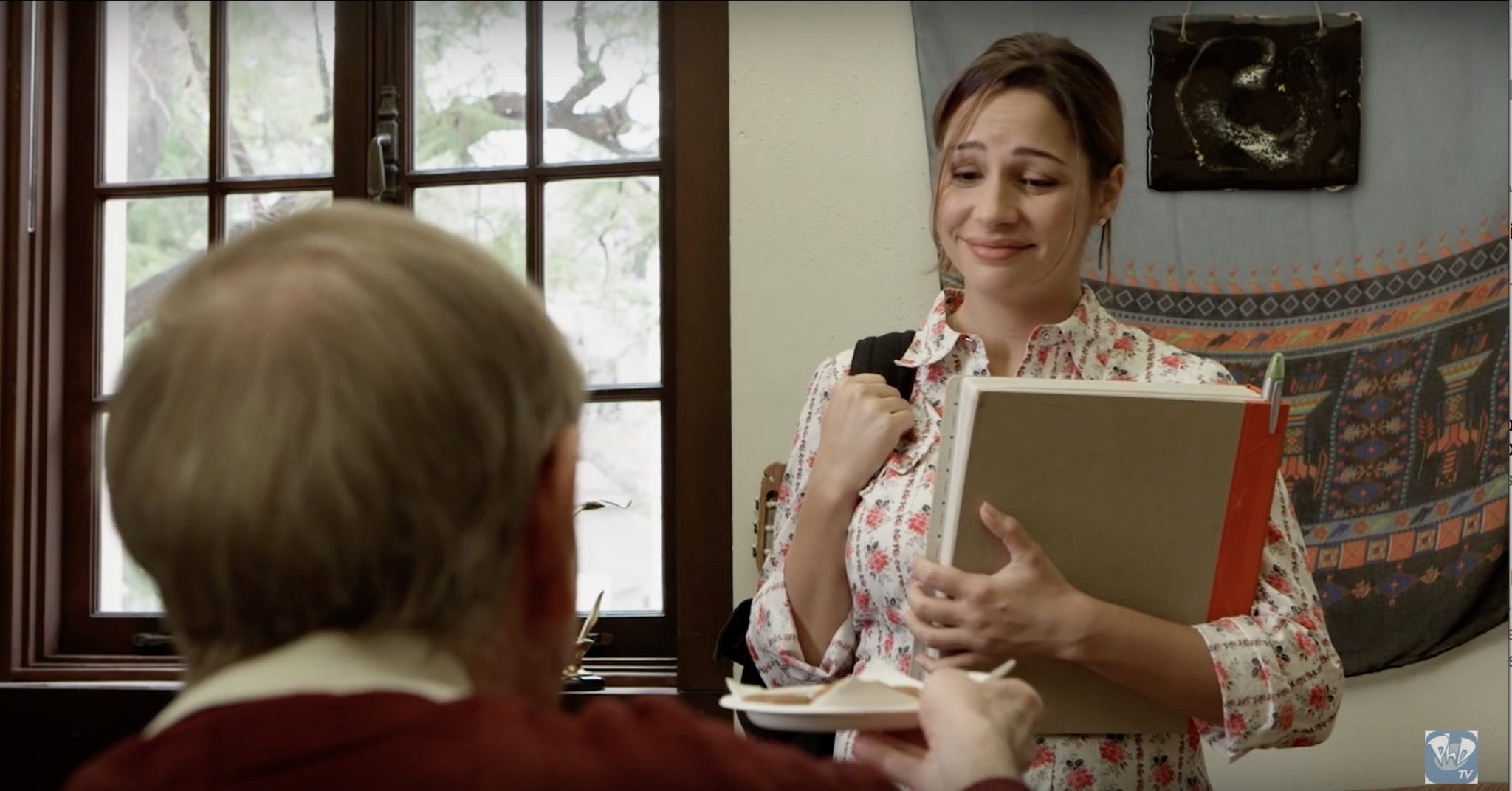 Writing in the Chronicle of Higher Education, Katrin Schultheiss tells her story about enrolling in a doctoral program where so-called “Professor Famous” was on faculty. Professor Famous was, she submits, “an internationally renowned scholar” who “tended to schedule advising meetings during walks to his car to feed the meter.” (Presumably she meant to say that these meetings occurred while he walked to his car, not that he scheduled them as he walked.)

So she turned to a junior faculty member, a female, for help. This professor (Schultheiss doesn’t give her a playful moniker) diligently and thoughtfully commented on the dissertation, in effect completing the work that Professor Prominent should have done.

Ghost advising is probably common. I’ve heard similar anecdotes before. They reflect poorly on the professoriate, which already suffers, in some circles, from a reputation for laziness. Stories like these reinforce the stereotype that the university is not “the real world.”

As bad as this story is, however, Schultheiss’s extrapolation from it is unwarranted. She draws from her undeserved mistreatment, and presumably that of others, a grand inference about gender politics. “It has taken me two and a half decades,” she writes, “to recognize that my experience of having a senior male nominal adviser and a female (usually more junior) actual adviser is common throughout academe.”

Rather than use empirical methods to research gender disparities and conditions involving mentorships, rather than derive verifiable statistics and measurable data, Schultheiss disseminated a mass email to an unspecified number of female historians asking “whether they had ever served as a ghost adviser for the students of a male colleague.” She claims to have received over 100 affirmative responses to this unscientific poll.

Just how many people were on her email list? Were they selected at random? Did she know them personally? Or were they strangers? Did they inhabit different regions, types of schools, and stages in their career? Did she employ statistical models? Why did she write to historians but no faculty in other disciplines?

“I certainly don’t mean to essentialize here,” Schultheiss says as if to temper her rhetoric. “Women can be as arrogant, self-regarding, and oblivious as men.” She adds, “We all know women who neglect their graduate students after fighting to add them to their stable of advisees just as we all know senior men who are diligent and conscientious advisers.”

Then why spend most of her article complaining about male advisers? Instead of an angry-seeming op-ed, why not undertake a careful study to determine whether her hunch about male exploitation of female faculty bears out factually?

Without any hard-earned data or empirical methods to control for variables, she concludes:

Every aspect of the ghost-advising cycle is a product of the gendered behavior norms that are ubiquitous in our society generally. All the players in what might be called the family drama of ghost advising are complicit in perpetuating norms of masculine ambition and feminine helpfulness; of masculine genius and feminine drudgery; of masculine self-promotion and feminine self-effacement. We are participating in a system that values and rewards a very particular, masculine-coded model of professional and scholarly success, a model that is perpetuated and strengthened by feminine-coded behaviors such as empathy for a wronged student and a reluctance to appear selfish or ambitious.

I chose an adviser for my dissertation early in my doctoral studies. I’m male. My adviser was female. Our relationship broke down, necessitating the intervention of the university ombudsperson and administration. In my opinion, my youngish adviser abused her power due to hostility toward my political beliefs. I have plenty of evidence to back up this view but have pledged confidentiality regarding the conflict that transpired between us. She was my adviser for almost three years and I made no progress towards my dissertation (although the entire manuscript had been drafted) under her direction. When the university aided me in replacing my adviser with a new one, a senior male faculty member, my dissertation was finished less than a year later.

Schultheiss may be correct about systemic gender bias and male-dominated mentorship dynamics. We don’t know for sure, in part because she didn’t do the requisite research before sounding off. Her charged rhetoric about how the system is “deeply rooted in gendered professional norms” is unnecessarily divisive and provocative because she has not attempted to gather numbers to verify her broad charges. She therefore comes across as hostile to men and unwilling to consider the viewpoint of male colleagues, many of whom likely could have corroborated her argument about “power structures” or at least provided her with different perspectives to consider.

The fact that she emailed no males for her polling opens her up to the accusation, or impression, that she has a chip on her shoulder, an axe to grind, that she doesn’t believe figures are needed to substantiate her indictment of the adviser system that purportedly enables heedless, powerful males to exploit young females. Had she asked around, perhaps approached some males about their experiences, she might have heard stories like mine. Learning that a prominent historian was seeking information about bad advisers, young males like me might have reached out to her to share their experiences and thereby diversify her samplings. Of course, those stories might have threatened to undermine the narrative she wanted to tell.

The role of the academic is, among other things, to contribute to the sum of knowledge, to advance scholarly conversations, to teach and employ reliable methods for deepening our understanding of a subject. This cannot be accomplished if one does not address pressing issues civilly and constructively through good-faith dialogue, if one seeks to inflame passions rather than ascertain facts and cultivate trust.

Scholars search for viable answers to concrete problems, or should. Schultheiss’s piece presupposes a problem without offering much in the way of a resolution. With its rousing language, mocking labels for male figures, and strong allegations of systemic impropriety, it may appeal to those already in-the-fold, or those bent on stirring up quick action, but it will alienate those who value civility, collegiality, and moderation. It may even complicate the problem, driving apart with its contentious tone those who are open to practical solutions.

In the grand scheme of things, the adviser-advisee relationship in American universities is a small problem on a large planet with big problems. If we can’t begin to resolve small problems dispassionately and objectively, in the manner of scholars, how can we address big issues with sense and civility, with an eye toward workable answers? It’s easy to rouse anger and emotion, but that rarely fixes anything. Fixes require working together, not driving people apart.

Allen Mendenhall is associate dean at Thomas Goode Jones School of Law and executive director of the Blackstone & Burke Center for Law & Liberty. Visit his website at AllenMendenhall.com.