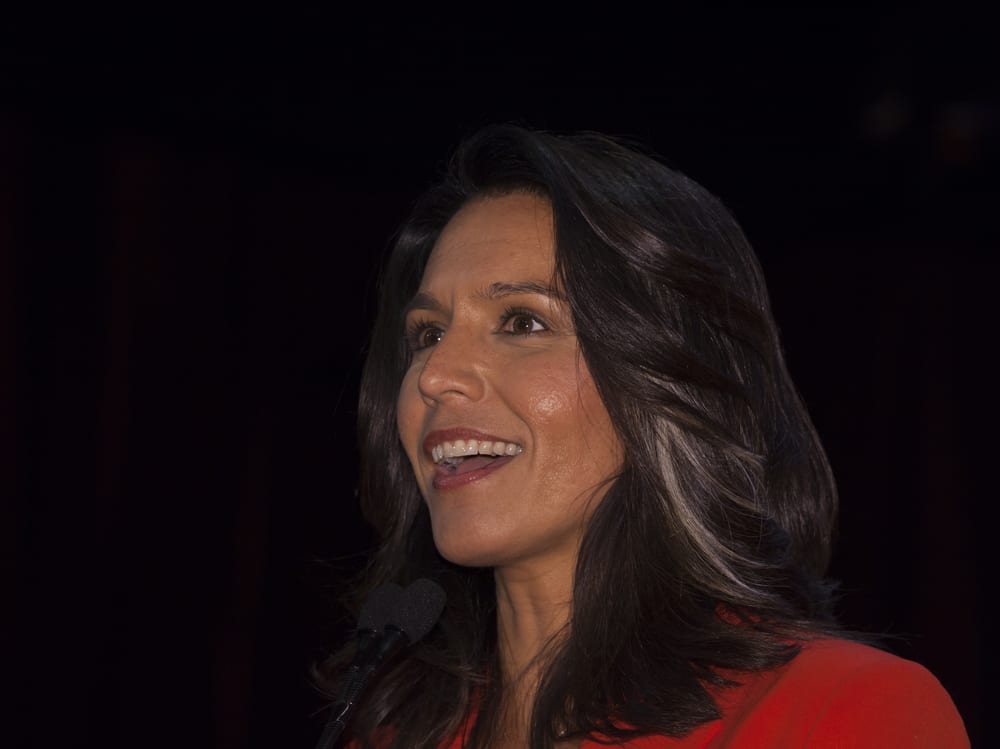 Can we all agree that having ten people on a stage mad mugging each other for using Spanglish is boring? The only heartening outcome during the Democrat presidential primary debate hosted exclusively by NBC? Their embarrassing tech difficulties. Someone on Twitter said that it was proof there is a God. What a mess.

Back to Tulsi. It should alarm the Democrats how well she did. She came off as sensible in a sea of crazy. The Democrat base and Twitter journalists (but I repeat myself) love the strange and new and socialist so of course, they love Bernie and Warren. Crazy ideas that seem perfectly sensible to them sound nuts when Democrats running for president all say those ideas and then say them in Spanish.

Tulsi stood out because she said something that all of D.C. is still struggling to accept: Americans are sick of foreign intervention, don’t see the point of endless war in Afghanistan, and want troops to come home. Let the world, who still seems to hate us, figure it out their own damn selves. Or, maybe, they’re like me and ambivalent about it, but get sick of American leaders, left and right, sending American soldiers overseas like it’s no big deal.

It was interesting to watch on Twitter how commentators on the left and right ignored or derided Gabbard. It reminds me of listening to one of Trump’s debates with Clinton. I was on a road trip so I had to listen on the car radio, rather than seeing it. It was obvious that Trump had won the debate. He sounded more assured, rational, and his answers made more sense than Hillary. And yet, all the commentators raved about how well Hillary had done.

There’s a lot of wishcasting done by political commentators because they’re the most invested in the outcomes of these things. They like certain candidates for certain reasons and can’t divorce their emotions from their analysis.

Last night, I watched the Democrat debates already knowing that I very much disliked Warren because I have seen her speak in person and she’s the same person she always was: a nutbar professor who has insane policy ideas and worse, believes them. So that was my bias going in. Everyone else, I was curious. That Warren blended into the wallpaper was a surprise. That the commentariat and Democrat base preferred Warren demonstrates a position out of touch with midline voters.

Otherwise, I watched the debates with my kids and put on the glasses of the average disinterested voter. Tulsi Gabbard was the clear winner and it wasn’t even close. Drudge’s unscientific online poll confirms that. Google searches confirm that. The commentating class will continue to ignore her and try to sideline her because she’s simply not radical enough for their tastes.

Exit question, though: Do any of these candidates, even Tulsi, beat Trump? None of them were as personable as creepy Uncle Joe and that’s who they have to beat first to get to Trump.