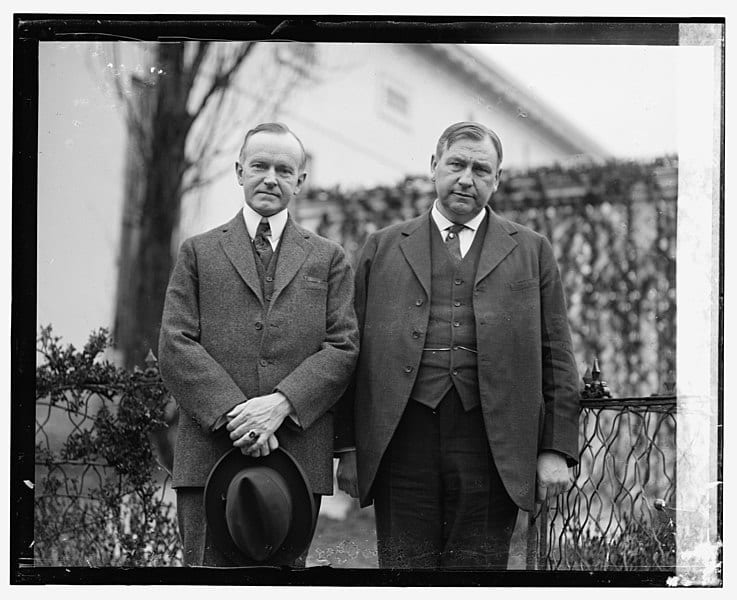 Harvard is being sued — and it’s all because of skim milk.

Sound crazy? Perhaps — but no less insane than the logic that dominates today’s elite campuses. What Harvard — and the left — call “affirmative action,” the Justice Department calls “discrimination,” specifically in this case against Asian Americans. The agency is considering joining forces with Students for Fair Admission and suing the university for violating Title VI of the Civil Rights Act.

It’s a thorny matter — one made all the more complicated by a Supreme Court decision made eighty years ago. United States v. Carolene Products upheld a congressional prohibition on the interstate shipment of “filled milk.” In doing so, the Court articulated what became known as the “preferred freedoms” or “double standard” doctrine of constitutional analysis. The Court in effect announced that some rights and some people — property rights and members of “majority” groups — would receive less constitutional protection than other rights and other people — non-property rights and members of “minority groups.”

Tucked away in a footnote was Chief Justice Harlan F. Stone’s notice that the court should assume that government could regulate “ordinary commercial transactions.” But it would hold to “more searching judicial scrutiny… statutes directed at particular religious, or national, or racial minorities,” and also be alert to “prejudice against discrete and insular minorities… which tends seriously to curtail the operation of those political processes ordinarily to be relied upon to protect minorities.” It also indicated that special scrutiny would be applied to laws affecting the specific provisions of the Bill of Rights.

This is where the milk comes into the picture. The remarkably prescient footnote, pointing the way to the liberal judicial activism of the Warren Court and to such doctrines as affirmative action, has attracted most of the attention of court-watchers. But equally remarkable was the law that the decision upheld.

“Filled milk” is not a product familiar to most Americans today. The product at issue was whole milk with the butterfat removed (or skim milk, as it is called today), and replaced by vegetable oil. This product posed a threat to the powerful dairy industry, which began a campaign to drive its competitors out of business.

Dairymen claimed that filled milk was unhealthy and fraudulently sold as whole milk. These charges were obviously bogus pretexts, but legislators responded to the pressure from the dairy organizations. States prohibited the manufacture of filled milk, and Congress in 1923 prohibited its shipment across state lines. United States v. Carolene Products upheld this act.

Later, states began to drop their laws against margarine and filled milk, and eventually in 1972, a federal district court overturned the federal ban on filled milk (though the Supreme Court has not repudiated it). The product is available today — but while the ban on filled milk proved temporary, the decision signaled a green light for special interest groups to use regulation to insulate themselves from competition.

In 1938, the Carolene Products decision illustrated that there were virtually no constitutional safeguards against this kind of rank special-interest legislation. Carolene Products signaled that the court would accept just about any economic regulation under the guise of Congress’ power to “regulate commerce among the states,” and would no longer recognize “liberty of contract” as a right protected under the Fifth or the Fourteenth Amendments. Famous footnote four was the new court’s way of assuring liberals that not every right would be subject to arbitrary deprivation.

Carolene Products also invites the court to pick and choose which rights and groups it considers important. It ignores the question of who, exactly, gets to be defined as a “discrete and insular minority” entitled to this special protection. It also fails to recognize that well-organized minority groups are often more powerful in the democratic bargaining process.

In recent years, the court has begun to rein in Carolene’s excesses. It has struck down some acts based on preposterous congressional claims that its social policy-making is really a regulation of interstate commerce — as in the Gun-Free School Zone Act and Violence Against Women Act. It also expanded protection for property rights under the Fifth Amendment’s “takings” clause, since this is one property right specifically enumerated in the Bill of Rights.

Nevertheless, Carolene’s dual-standard continues to guide our constitutional law. The Court’s imposition of gay marriage showed its preference for non-economic (sexual) freedom for minority (LGBT) groups, while its simultaneous decisions on the Affordable Care Act showed that it would not only uphold Congress’ power to regulate industry, but would rewrite poorly-drafted statutes in order to help it do so.

So the double standard remains alive and well, even under the “conservative” Roberts Court. Yet, despite the best efforts of liberal law professors, there is no convincing rationale for a constitutional double-standard.

Paul Moreno is the William and Berniece Grewcock Chair in Constitutional History, Professor of History, and Dean of Social Sciences at Hillsdale College.