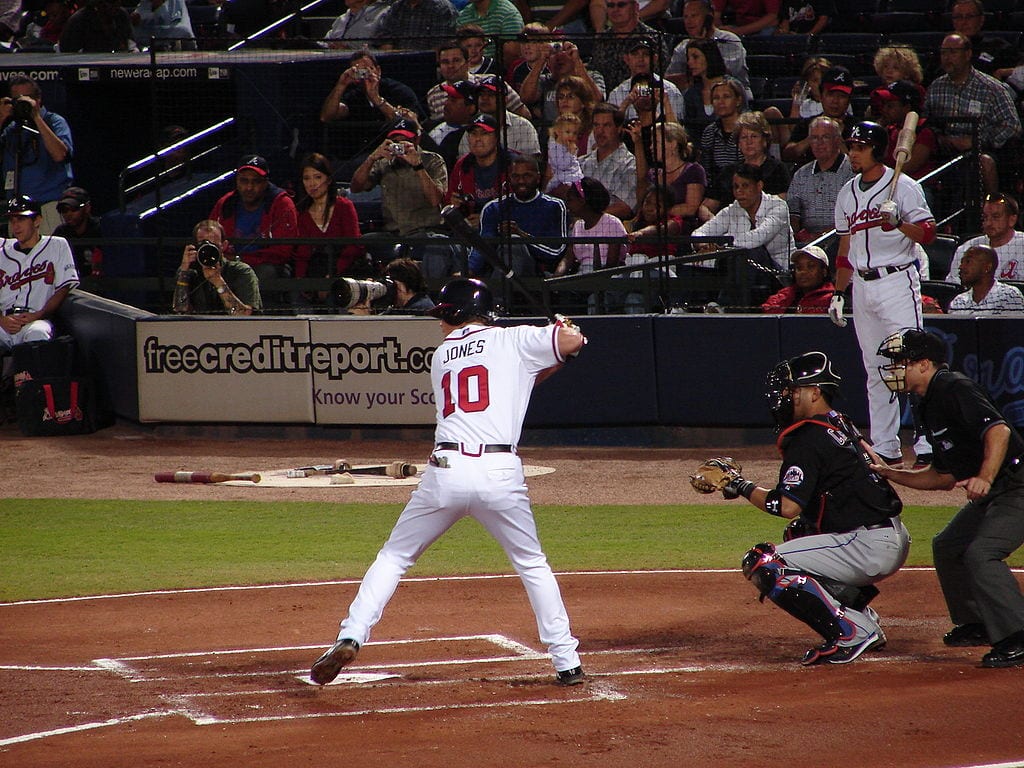 When there’s a long sentence with the word “but” in the middle, start reading after the “but,” because what follows it negates what precedes it and carries the real meaning of the sentence. CBS Sports caught Hall of Fame third baseman Chipper Jones in such a whiplash sentence: “I believe in our Constitutional right to bear arms and protect ourselves, but I do not believe there is any need for civilians to own assault rifles.”

This statement motived the short note below to Jones, who was a much better third baseman than he is a student of criminal behavior and American freedoms.

Word has just reached me that you think there is “no need for civilians to own assault rifles” and it therefore should be illegal for non-military Americanos to possess them.

There’s also no “need” for civilians to attend baseball games. Should this be illegal too?

PS: My exhaustive (and exhausting) list of what I think you don’t need is available on request, Chipper. But relax, I won’t try to get government to force my list on you.

OK, to be fair to Chipper, he’s probably just as heartsick as just about everyone else is witnessing the continuing slaughter of the innocents. (He’s also an avid hunter and knows his way around guns.) Like so many others, he seems to be saying, whether he realizes it or not: “Do SOMETHING, even if it’s pointless!”

I don’t suppose a ban on assault rifles (assuming these could be defined), bump-stocks, and high-capacity magazines would do terminal damage to the Second Amendment. But it almost certainly wouldn’t do any good either. One would have to be a special kind of deep-dish Pollyanna to believe that making AR-15s illegal would therefore make them unavailable. (These and other kinds of assault rifles exist in the millions.) Future AR-15 victims would be just as dead if the wingnut shooter buys his gun illegally out of the trunk of some sleaze ball’s car as they would be if the shooter buys it legally at a gun store.

What might well follow the failure of an assault-weapon ban to put an end to mass killings could very well do terminal damage to the Second Amendment, and to the tattered remains of our freedoms. Alas, in our present moment of government by tantrum, we’re stuck with relying on legislators to keep their heads while all about them are losing theirs. Frail reeds, for sure. But it’s where we are.