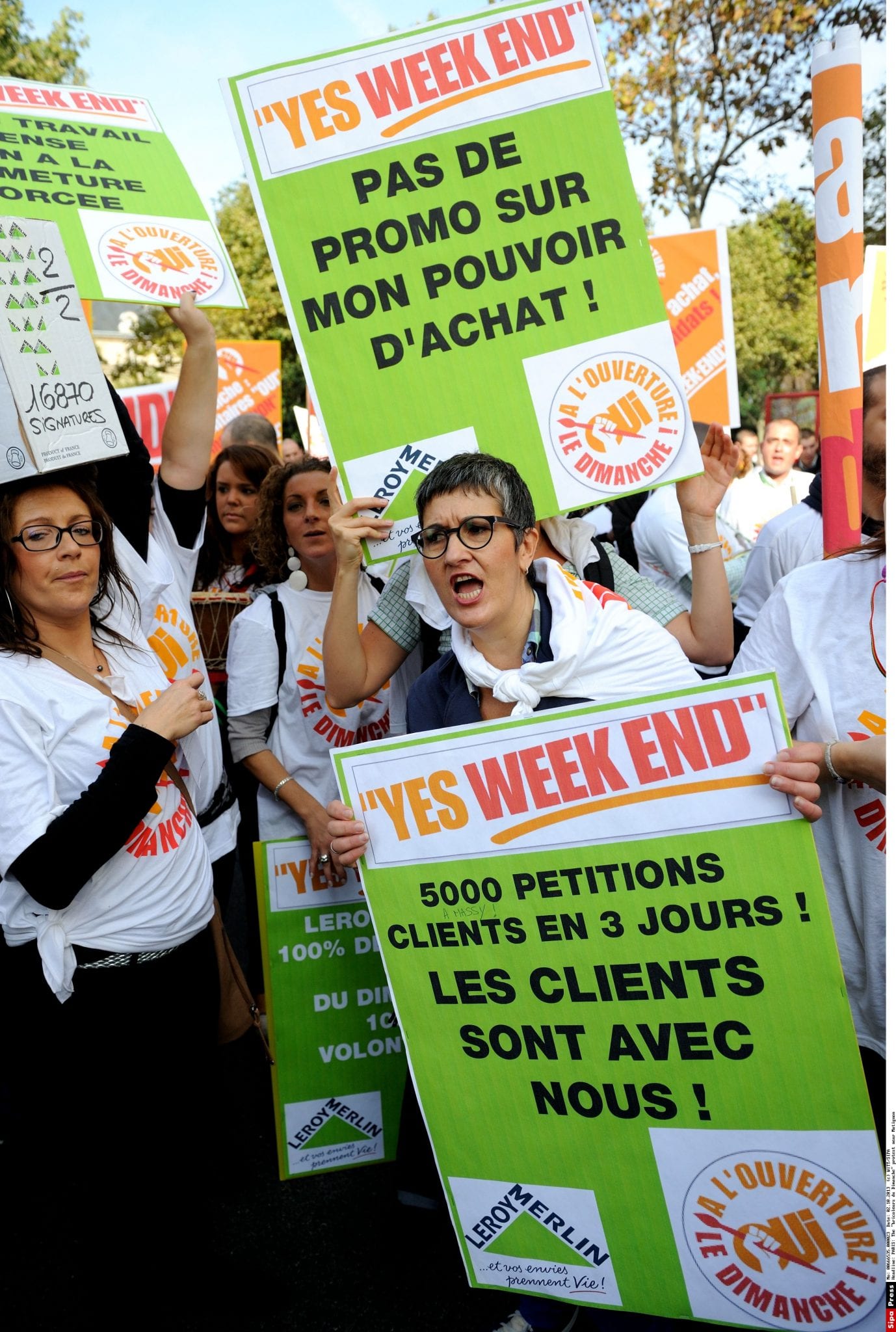 More Politics
Sign up to receive our latest updates!
Register
Hot Off
The Press
In Print Fall 2022
Serious and Funny
by Byron York
Ben Stein's Diary
Weekend Sadness
by Ben Stein
Biden Watch
The Biden With His Hand Out
by Debra J. Saunders
Buy the Book
Edgar Allan Poe’s Love-Hate Relationship With the City
by Leonora Cravotta
Politics
A Shoutout to Silent Cal for Presidents’ Day
by Lawrence W. Reed

DON’T LOOK NOW, but we just might be witnessing the tentative first steps toward the beginning of a mini-revolution in France. In the land of the cherished 35-hour workweek and five weeks of vacation, brave souls are starting to question some of the very foundations of the welfare state and the limited individual freedom that goes with it. For example, whether the government should be able to dictate, for their own good of course, when, where, and how individuals can work and do their shopping. They are also wondering whether labor unions, those staunch supporters of strict regulation and big contributors to the socialist parties that create it, aren’t more interested in defending their own turf than in protecting jobs.

Like most budding revolutions, this one was sparked by a seemingly insignificant event, verily a cloud no bigger than a man’s hand: a crackdown on shops that dare stay open Sundays and evenings. Big deal, say you, accustomed to deciding for yourself whether you want to work for extra pay on Sunday or go fishing. Mais non! French citizens must perforce rest on Sunday, says a law dating from 1906, which made the Christian Sabbath a legally protected day off. Back then, with the Dickensian horrors of the Industrial Revolution still fresh, an ad hoc alliance of the Catholic Church, labor unions, and politicians inspired by the new Socialist International joined to mandate a legal day of rest for workers.

Today’s working conditions and socio-economic structures make that law the relic of another age. But neither government nor unions are prepared to give up their power to dictate how life will be lived. The law stayed on the books, developed, extended, codified, and complexified, along with other “protective” measures, and now the French code du travail runs over 2,000 pages. Thus does something as simple as shopping on your day off for the necessities—and superfluities—of life become the sort of Kafkaesque mille-feuille that only a French bureaucrat can understand. It dictates that fishmongers and florists, say, can open on Sunday, along with furniture stores and garden centers. Restaurants can operate, though most choose not to. Museums and movie houses can open for business but supermarkets must close. Mom-and-pop food shops can serve customers until noon, depending (don’t ask).

Most other stores must stay shuttered, unless they are in mainly Parisian tourist areas like the Champs Elysées and Montmartre. This hopeless effort at government micromanagement of the economy is riddled with still more baffling qualifications, exceptions, and exemptions. Local mayors can grant exceptional Sunday openings five times a year—if approved by the regional prefect—not to be confused with the three Sundays on which employees can decide not to work. The doors of major department stores remain locked all day except for a few special Sundays, and then on the condition that no employees have to work against their free will. Like the man said, go figure.

THE GAUL IN the street is starting to find all this just a bit more protection than he wants. A recent survey found that 63 percent would be ever so grateful if The State would allow them to shop as and where they like on Sunday. Store employees, meanwhile, have begun demonstrating for the right to work on the Sabbath, saying in effect—and in vacation-mad France this is truly revolutionary—“Please let us work more.” Their T-shirt slogan: “Yes Weekend,” a takeoff on Barack Obama’s 2008 campaign mantra “Yes We Can.” Many are young part-timers paying for their studies; others are simply trying to make ends meet or, as the local patois has it, put a little butter in their spinach. (British workers articulated this well in the 1960s during a visit to Britain by Nikita Khrushchev. When the leader of the communist world asked a shipyard hand why he wanted to work overtime when he could have the day off, the succinct answer was, “More lolly, mate.”)

The French government has been rapping the knuckles of multinational retailers like Apple for some months over their liberal opening hours, despite the fact that their employees like the extra income. But the current revolt by employees and frustrated consumers began in earnest in September, when three big hardware and home improvement chains were ordered to close 15 Paris-area locations on Sundays, the only day when many handymen can shop for hand drills and paint brushes.

A similar court order, requested by a group of labor unions, hit the cosmetics giant Sephora. It was told to close its flagship store on the Champs Elysées, the biggest cosmetics store in the world and a popular spot for foreign tourists, at 9 p.m. instead of midnight. Too bad it would cost the store 20 percent of its sales and the 50 night shift salespersons their jobs. The head of the main employers’ union, Pierre Gattaz, went on TV to protest the restrictions when French unemployment hovers at 11 percent and the economy is struggling out of recession. “It’s unbearable,” he said. “Clients want to consume more and staff want to work more, and they can’t. It’s crazy.”

Crazy but in line with socialist dogma, even if economists still in touch with reality say deregulating Sunday openings could create tens of thousands of new jobs. Conservative French analysts, the OECD, and just about every other think tank, along with the European Union, have repeatedly urged France to strike its self-defeating regulations from the books. So far to no avail. “We have a rule, the principle of Sunday rest,” retorts the government’s labor minister, Michel Sapin. “It is out of the question for anyone to touch this rule.” Predictably he was joined by the head of the big Force Ouvrière labor union: “The rule is closure. Any Sunday openings can only be exceptional.”

More than just a few stores will be hurt by the evening ban on Champs Elysées shops. The famous avenue attracts some 100 million visitors annually, many of them tourists looking to spend some money at the 180 shops, restaurants, and other businesses that line its sidewalks. Most of them rely on late-evening shoppers, who account for much of their sales. It’s also where the big spenders go: A Saudi prince is said to have bought $240,000 worth of baubles at Sephora in a one-night binge. Local businessmen fear tourists bent on Sunday shopping will head for London, only a two-hour train ride away.

President François Hollande’s administration is painfully caught in the middle. He preaches the need to make the French economy more flexible and competitive. He is desperate to find ways to create jobs. But several of his left-wing ministers and his powerful labor union supporters are congenitally, irreconcilably hostile to the free market. With vocal demonstrators massing outside government offices demanding the right to work, he has resorted to his usual technique of appointing a study committee. Maybe this revolt will finally spur France’s doctrinaire socialist government to serious deregulation. But don’t bet the farm on it.