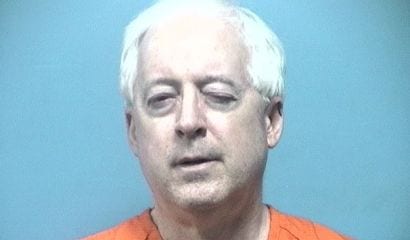 At some point during the eight years of George W. Bush’s presidency, a substantial segment of the Democrat Party went nuts. Or maybe they were always nuts, but during the Bush years all these liberal kooks logged onto the Internet, and they have been plaguing America with their lunacy ever since.

Roger Shuler runs a blog in Alabama called “Legal Schnauzer.” To be more accurate, Shuler was running that blog until he got arrested last week for violating a court order. As of Monday afternoon, Shuler was still being held without bail in the Shelby County Jail as inmate number 288928. The charge that landed Shuler in jail was contempt of court, to which was added a resisting arrest charge. Maybe he should change the name of his blog to “Illegal Schnauzer.”

The contempt of court charge against Shuler stemmed from a defamation suit brought against him by Robert R. “Rob” Riley Jr., a prominent Birmingham attorney whose father, former Alabama Gov. Bob Riley, is a Republican. Shuler seems to believe all Republicans are “corrupt,” engaged in “fraud,” and conspiring against him. After getting fired from his university job in 2008, Shuler has spent the past several years clogging the courts with lawsuits — filed pro se, which is to say, with Shuler acting as his own attorney — and filling the Internet with accusations against those corrupt and fraudulent Republicans he insists are out to get him. What windmills were to Don Quixote, Republicans are to Roger Shuler. His weird obsession might be harmless, if it weren’t for the fact that he keeps publishing defamatory claims on his blog.

Among other things, Shuler has claimed that 11th U.S. Circuit Court of Appeals Judge William Pryor (appointed to the bench by the evil Bush) posed nude for a gay magazine back in the 1980s. The “evidence” Shuler offers for this claim is a black-and-white photo of a naked young man superficially resembling Pryor. Being naked in a photo is not illegal — not even in Alabama — and if the man in the photo actually were a young Pryor, it would scarcely be a “scandal” except in the crazed mind of Roger Shuler, who evidently perceives Republican scandals everywhere. Judge Pryor has not commented on Shuler’s claim, but other targets of Shuler’s blogging have become sufficiently fed up with his Internet muckraking act to take him to court.

Jessica Medeiros Garrison, a Republican operative who served as manager for Alabama Attorney General Luther Strange’s successful 2010 campaign, in August notified Shuler of her intent to sue him for claiming that she had an affair with Strange. “Our client is not a whore,” Garrison’s attorney, Bill Baxley wrote in a sternly worded letter to Shuler, referring to some comments the blogger had published about her. “[T]here is not a grain of truth to warrant the horrible defamation published by you regarding our client. … Your outrageous, despicable conduct will be addressed in another forum: the Circuit Court for Jefferson County, Alabama.”

Riley and a Republican lobbyist named Liberty Duke have also sued Shuler for his claim — based on unnamed “sources” — that they had an affair, conceived a child together and got an abortion. Duke’s affidavit in the case flatly denies Shuler’s claim: “I have never had an affair with Rob Riley. To the best of my knowledge, I have never even been alone in a room with Rob Riley.” Riley was able to obtain a preliminary injunction against Shuler, prohibiting him from continuing to repeat his allegations, and a hearing was scheduled Oct. 18 in Shelby County Circuit Court on Riley’s motion to hold Shuler in contempt for violating that injunction. Shuler refused to attend the hearing, resulting in his Oct. 23 arrest. First Amendment advocates have denounced the court’s injunction as an unconstitutional “prior restraint” on free speech rights, but their protests have not changed Shuler’s status as inmate Number 288928 in the Shelby County Jail. Constitutional matters aside, the question suggests itself: How did things get to this point? And the answer is: Blame Bush.

The circumstances of Bush’s 2000 election — the contested Florida vote and the Supreme Court ruling that decided it — drove a lot of Democrats crazy. Claims that the election was “stolen,” and that Bush was “selected not elected,” tainted his presidency as illegitimate in the eyes of many liberals, and subsequent events confirmed their opinion that there was something inherently fraudulent and corrupt about the Republican who occupied the White House for eight years. There was the 9/11 attack (an “inside job,” conspiracy theorists insisted) followed by wars in Iraq and Afghanistan. Along the way, in the 2002 mid-term election, Republicans shocked everyone by gained enough seats to take control of the Senate, so that the entire political apparatus in Washington was in GOP hands. Even the judicial branch, liberals believed, was tainted by Bushism because of the conservative majority on the Supreme Court that had declared him the winner of the 2000 election. Anti-war activists marched in the streets screaming “No war for oil!” while on the Internet, conspiracy theorists ranted about Dick Cheney and Halliburton as the villains of the melodrama. When Bush was re-elected in 2004, liberal blogs overflowed with claims that Republicans had cheated, rigging voting machines in Ohio to defraud Democrat John Kerry of victory.

Among all the demonized scapegoats of that era, none was more hated by liberals than GOP political strategist and White House adviser Karl Rove. In the silly scandal that became known as “Plamegate,” in which Bush administration officials were accused of illegally exposing the identity of CIA employee Valerie Plame, progressive bloggers dreamed that Rove was going to be indicted. In 2006, blogger Jason Leopold actually “reported” that Rove indeed had been indicted by a federal grand jury. When no such indictment was forthcoming, some liberals claimed that this was evidence of a “cover-up.”

Such was the paranoid milieu in which some Alabama Democrats decided that Rove was secretly controlling affairs in their state. An attorney named Jill Simpson came forward to claim that Rove had conspired to have Democrat Gov. Don Siegelman prosecuted on corruption charges, a claim that earned her a CBS 60 Minutessegment in 2008. Quin Hillyer’s rebuttal (“The False and the Absurd,” Feb. 22, 2008) quoted an Alabama reporter who had investigated Simpson’s allegations against Rove: “What’s most amazing is that there remains a single sane person on earth who continues to take Simpson and her stories seriously.”

More than five years later, Roger Shuler still likes to toss around the phrase “Karl Rove’s Alabama” to signify what he sees as the rampant Republican corruption in the state, which he evidently construes as a license to publish anything he wants about Republicans, including the accusations that have gotten him sued for defamation. And while he cools his heels in the Shelby County Jail, further legal complications await Shuler. Last summer, Shuler published a series of articles — based on a bizarre letter by the same Jill Simpson — claiming that Rove had a gay affair with a Republican operative named Ali Akbar. Neither Simpson nor Shuler offered any evidence in support of this “false and defamatory” claim, to quote Akbar’s Alabama attorney Baron Coleman’s demand for a retraction from Shuler, a demand that promised “swift and certain legal action” if Shuler does not retract the articles. As president of the National Bloggers Club, Akbar is a champion of First Amendment rights and issued a statement Monday criticizing the “prior restraint” aspect of the Alabama court’s injunctionagainst Shuler: “Shuler’s harassment has intentionally harmed good and decent people for his partisan agenda. However, it is the position of the Club … that the preliminary injunction placed against him puts too much at risk.”

In America, even kooks have rights. Among other rights guaranteed by our Constitution, Shelby County Jail inmate number 288928 has the right to remain silent. He just doesn’t have enough sense to shut up.