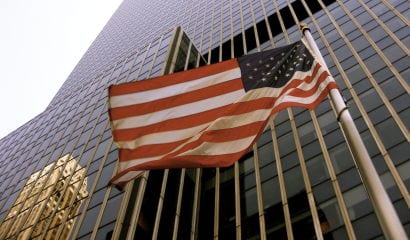 Many populists and those on the left fear or despise corporate America. But some of its methods and values are what is required to rescue the U.S. government.

Our beleaguered Congress and White House desperately need help in governance. It is especially embarrassing for those wanting Big Government — resentful of private enterprise and anyone in the 1% — to ask for guidance from capitalists.  But with the ferocity of this shutdown and the potential consequences of a debt default later this month, it is obvious that governing is too serious to be left to the government. Our nation should see what corporate America — the private sector — can do in these trying times.

Like the Department of the Treasury that bailed out some of America’s banks during the meltdown of 2008, similarly the private sector should ride to the rescue of the government. While it would be unlawful to actually seize the government, even to save it from devouring itself on prime time, a group of respected CEOs could educate our lawmakers and president about how good governance and management are conducted in the real world — where there is strategic planning, dignified debate, and accountability.  For several years, we have seen teachable moments: the didactic White House and Congressional leaders have lectured us on proper conduct and values. Now is the time for them to be good listeners.

First, like the best major corporations, the government should have a three to five year strategic plan. It is a document against which new ideas and resource requirements are vetted, with a defined mission and a budget then derived from strategic principles.  In private enterprise, the budget is integrated into the latter part of the planning process, yet with our government, it is the lead elephant — rampaging without prior context.  It is also an exhibitionist undertaking, where the noisiest and most sanctimonious think they have the most moral and fiscal authority.

No strategic plan ever calls for an enterprise to be all things to all people and glut itself on whatever it can find. During a corporate planning process, activities or businesses are identified that have too much risk or are not central to the mission and main competency of the enterprise.  Ways to disinvest, dispose, or outsource them often emerge. Our government, however, has rarely seen something it did not want to do. The idea of selectivity and disinvesting to fund new initiatives is quite foreign in Washington. Instead of focusing government where free markets cannot provide solutions, in spirit it seeks intrusiveness across the board.

Second, good companies emphasize accountability through frequent review of performance against plan, where variances have to be explained to line managers and sometimes staff auditors. However, with terms of two to six years, and no process for facing bosses, poor performance does not meet with timely consequences — if at all. In corporate America, there are many events beyond a CEO’s control: the economic environment, events abroad, and actions of regulatory bodies are examples. But a CEO whose enterprise cannot meet a budget, let alone produce one, would be dismissed regardless. The spirit of accountability starts at the top, and respected corporate leaders lead by example — acting in transparent ways that build trust.

Third, in major corporations it is most unusual to take five week vacations, especially during a crisis. If a company were on the verge of a debt default or financial impairment, as the U.S. was in August 2011 and may be yet again, and the senior management walked out to go fly fishing, trekking, or play golf, there would be a thunderous shareholder revolt.

Fourth, corporate America has formal mentoring programs to develop talent. Many Congressional leaders come from professions or careers where leadership and operating skills have not been needed. Formerly soloists in their work, they now face noisy constituencies with conflicting needs. Presidents without prior management expertise also need discreet advice from experienced operating executives.

The republic has been around over 200 years and this is hardly the first time that Congress and the White House have been ineffective and engaged in serial ridicule. But with media as aggressive as they are, we see vividly the shortcomings of those sent to Washington to govern.

The private sector cannot possibly address the needs of people unable to fend and speak for themselves — those isolated from the economy and society. Not all private sector values are appropriate for the government, which really has no bottom line. But the virtues of planning, disciplined resource allocation, accountability, and leadership development most certainly are.

It’s time for corporate America to saddle up.