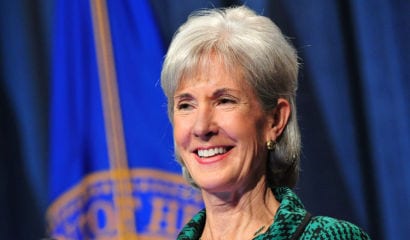 During the past week conservatives have been all atwitter, as it were, about a development that shouldn’t have surprised anyone with the slightest familiarity with the Obama administration or the Democrat party. It seems that the online application drafted by HHS for those who wish to buy health coverage through Obamacare’s insurance exchanges asks applicants if they would like to register to vote, and facilitates that process if the answer is “yes.” Conservatives are outraged that “reform” is being used to bolster the roles of registered Democrats.

Louisiana Republican Charles Boustany, chairman of the House Ways and Means Oversight subcommittee, said as much in a letter to HHS Secretary Kathleen Sebelius: “The draft documents wander into areas outside the department’s purview and links applications for health insurance subsidies to voter registration.… While the healthcare law requires that government agencies collect vast information about Americans’ personal lives, it does not give your department an interest in whether individual Americans choose to vote.”

Rep. Boustany is mistaken. Of course Commissar Sebelius and HHS have an “interest in whether individual Americans choose to vote.” Where the chairman goes awry is in the underlying assumption of his letter. He discusses Obamacare as if its primary purpose involves providing health care. By now, however, it should be obvious to the meanest intelligence that PPACA is, and always has been, a vote-buying scheme. And what’s the use of a vote-buying scheme that doesn’t steer potential Democrats to voter registration forms?

A genuine health care reform law would not contain provisions that virtually guarantee huge increases in health insurance premiums. Yet, this is such a predictable effect of Obamacare that even Kathleen the Terrible no longer bothers to deny it. Last week, Sebelius admitted that a lot of people will see their premiums rise: “These folks will be moving into a really fully insured product for the first time, and so there may be a higher cost associated with getting into that market.” Health “reform,” you may recall, was supposed to decrease costs.

Nor would genuine health care reform reduce access to health care. Obamacare will allegedly introduce tens of millions of new patients into the health system, yet many physicians are so put off by its intrusiveness that they plan to retire. Thomas Hemphill reports that “nearly one-third of all physicians will retire by 2020; many of them undoubtedly encouraged by the Affordable Care Acts restrictions on personal autonomy, bureaucratic regulation, and diminished job satisfaction.” Obamacare will, that is, exacerbate the physician shortage.

During the health care debate, survey after survey showed that the two things Americans wanted most from reform were increased access and lower cost. Obamacare gave us precisely the reverse. That this would be the inevitable result of the ironically named “Affordable Care Act” was predicted by a wide range of experts. As Sally Pipes has pointed out, “When Obamacare was making its way through Congress, the Congressional Budget Office warned that premiums in the individual market would increase by 10-13 percent.”

In other words, Obamacare was never going to reform health care and everyone paying attention knew it. Thus, its only conceivable purpose was to enable the Democrat party to dominate American politics. It would accomplish this by creating an entitlement upon which millions would come to depend and it would provide a custom-made mechanism for recruiting millions of new Democrat voters — the exchanges. Obamacare’s authors knew these “marketplaces” would be perfect for exploiting the Voter Registration Act of 1993.

As Rick Unger reminds us in a snide column for Forbes, “The Voter Registration Act of 1993 — often referred to as the ‘Motor Voter Act’ — clearly requires that an application for any program that offers public assistance… must offer the applicant an opportunity to register to vote.” This is what the White House press secretary was talking about when he defended the Obamacare voter registration scheme thus: “The linkage of, you know, checking off whether or not you want to register to vote goes back to a 1993 law regarding Medicaid.”

So, offering people voter registration forms when they apply for government assistance is an old game that Obamacare brilliantly exploits. It provides the applicant with taxpayer money while subtly offering him the chance to keep the cash coming by joining other Democrat voters in supporting the politicians who make it all possible. The people at HHS must enjoy receiving letters from Republicans like Rep. Boustany. I’m sure such missives are a source of considerable mirth for Commissar Sebelius, who no doubt marvels at his naïveté.

She knows what it means when the application asks that question, “Would you like to register to vote?” It means simply this: “If you want to keep getting subsidies, you’d better be in the voting booth next year and you’d better pull the lever for the candidate with a ‘D’ beside his name.” That is how a vote is bought, and it is how the voter stays bought.