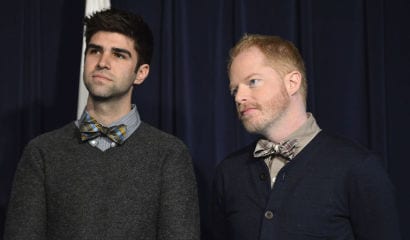 The end point of liberalism is a coercive secular state in which the religious have no meaningful rights. American church leaders are kidding themselves if they think the gay-marriage juggernaut is going to stop at civil marriage. It won’t. It will quickly travel past court houses to churches, demanding that all religions bless gay marriages.

Denmark casts a shadow of this future, where the gay-marriage juggernaut has smashed through church doors. Last year the country’s parliament passed a law requiring all Lutheran churches to conduct gay marriage ceremonies. “I think it’s very important to give all members of the church the possibility to get married,” said Manu Sareen, Denmark’s minister for gender equality. Reluctant bishops have to supply ministers to satisfy the right whether they like it or not.

Iceland and Sweden have similar arrangements. Since many of the bishops are in the tank for gay marriage anyways and since these churches are “state” churches, this pressure generates little news. But it is instructive nonetheless. Where gay marriage exists, religious freedom gradually disappears, to the point where ministers have to choose between serving as secularism’s stooges or facing societal oblivion.

In America, this pressure will take the form of “discriminatory” churches losing government grants, permits, and participation in programs. It will be the death of religious freedom by a thousand little cuts here and there: canceled speeches of religious figures at state universities, lost HHS grants, the refusal of city governments to recognize churches that don’t permit gay marriages, “hate crime” legislation that extends to opposition to gay marriage, and so on. All of this will have the effect of pressuring churches into blessing gay marriages. A law forcing priests and ministers to preside at gay marriages won’t need to be passed; the invisible law of indirect governmental pressure will do the trick.

During last year’s campaign, Obama said that religions will remain free to determine their own “sacraments.” Shouldn’t that go without saying? The very fact that Obama made such a declaration should scare people. Whenever a pol says “I won’t do [fill in the blank],” it usually means that very activity is on his mind. While he can’t determine the sacraments for religions, Obama will try and marginalize those religions that don’t determine the sacraments in a manner he considers “nondiscriminatory.”

Obama’s “respect” for these religions is on par with his respect for the policies of the Boy Scouts. “I think that my attitude is that gays and lesbians should have access and opportunity the same way everybody else does in every institution and walk of life,” said Obama when calling on the Boy Scouts to accept gay scoutmasters. Notice Obama’s phrase: every institution and walk of life. Surely in time that will include churches.

But for now, Obama thinks the religious should feel grateful to him that he is not busting down church doors and forcibly injecting them with contraceptives or requiring them to preside at gay weddings. That in his mind is the sum total of religious freedom. And yet even that little space can be crowded in on through laws that allow government to reward secularized religions and shun traditional ones.

The goal of the gay-marriage juggernaut is to make Christians pariahs, as irrelevant to public life as racists. It doesn’t have to pass a Denmark-style law to force churches to conduct gay marriages; it can achieve the same end through punitive political correctness.

On ABC’s This Week, George Stephanopoulos thought it appropriate to ask Cardinal Timothy Dolan, albeit in a roundabout and implicit fashion, if Catholicism could accept gay marriage for people who feel “unwelcome” in the Church: “What do you say to a gay couple that loves God and the Church, but also love each other and want to raise a family in faith?” It would have been nice to see Dolan challenge the insidious premise of the question by saying something like: So, George, you are saying that unless the Church loves the sin it can’t love the sinner?

Instead, Dolan seemed to concede the media narrative about the Church as hateful — “We have to do better to see that our defense of marriage is not reduced to an attack on gay people. I admit, we haven’t been too good at that” — while gingerly trying to uphold the Church’s teaching on marriage. His attempt at appeasement didn’t work. Gay activists pounced on him anyways, generating headlines such as “Cardinal Dolan Demeans Gay Relationships As He Says Church Should Be More Welcoming to Gays.”

The gay-marriage juggernaut only speeds up at the sight of such gestures, seeing civil marriage as just one stop on a longer road to a secularist state in which religion in general and the Catholic Church in particular fall silent and compliant out of fear if not law.