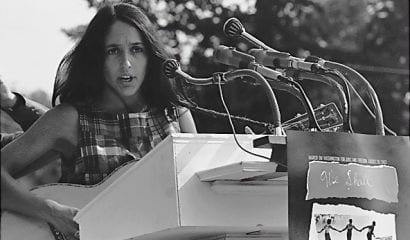 Much of generation Y seems to sail in denial, like the skipper of the doomed schooner Hesperus who would not heed dire tocsins about the future and an impending hurricane. They seem oblivious about what is happening to nothing more or less important than their future. Those not in denial are in struggle. Why the silence of those lambs, and why has Gen Y not spoken out about the future tragedy that awaits them? How many op-eds have been written by writers in their twenties and early thirties deploring what has been done to them financially? Why do we not see them taking to the airwaves and talk shows which is what sponsors of ideas must do in a democracy? Why have they not tried to start much of a national conversation, and why has the conversation so far been mostly “top down”?

America’s prosperous past can be no guide to its future. It is recognized that the American standard of living is now imperiled as global capital flows from West to East. Our Treasury is dependent upon a handful of foreign countries to buy our debt, keeping interest rates freakishly low and feeding an addiction to cheap money. The entry of developing countries into the global work force and corporate outsourcing have created intensified competition for jobs. American companies are not as dominant and other countries have caught up. In less than five years the national debt of the U.S. has increased to almost $17 trillion from $10 trillion. The future of Medicare and Social Security are by no means certain. And the American school system is viewed as mediocre or worse. The Boomers in some part have had their run, and what is left in their wake is for Gen Y to pick up and clean up. But they are silent.

The 1960s was a time of painful upheaval — when overwhelming numbers of youth said that the Establishment could not be trusted. An entire counterculture arose, staging demonstrations and displays of resentment against the older generation. They said that the system stank. Vietnam was seen as a series of misrepresentations, and Watergate later confirmed to that generation that some of the elder leadership were indeed liars and cynical black bag artists. During those turbulent times, folk singers joined the fray.

Now more than ever, we are living serial lies: the American dream goes on; our high standard of living will continue indefinitely; each generation can be smarter and richer than its antecedent; our leaders rise above the personal and bear the national interest in their thoughts and deeds; we have a handle on our destiny; America can control the world protocol; and you can have it all.

So why is there no cathartic Woodstock? And where is Joan Baez when we need her? Nothing less than a cultural transformation is needed to fix our fractured governance and restore a sense of reality. Many of the same political leaders are returned to office every few years and seem permanently and happily ensconced and self-aggrandized in the broken model — and, as Sonny & Cher said, the beat goes on.

It is about an entire generation with so much at stake, finding its voice and sticking up for itself. Highly accomplished in the virtual world, it needs to see the real world that awaits. One hopes that many of them will become fine leaders, mobilize others, and offer a national fix. Some of them will be veterans of Afghanistan and Iraq. In view of what they will be inheriting, they certainly have moral authority.

Yes, as it is written, the meek shall inherit the earth.