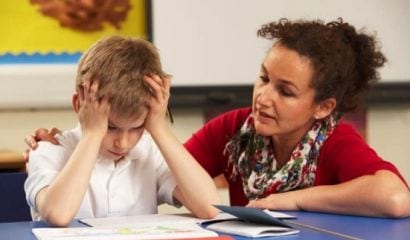 The Centers for Disease Control and Prevention reported this week that nearly one-fifth of high school-age boys have been diagnosed with attention deficit hyperactivity disorder (ADHD). Doctors eventually medicate two-thirds of them. The diagnoses represent a 41 percent increase over the last decade.

The primary gateway drug for teenagers isn’t marijuana or beer. It’s prescription medication. As the New York Times piece breaking this story points out, feeding a child a daily diet of Ritalin increases the chances of dependency, anxiety, and psychosis. Sports once channeled the energy of testosterone-fueled teens. Now our overprotective culture complains of the dangers of sports as it fills children with chemicals.

“First, do no harm,” a med school lesson so basic that even high school dropouts know it, gets tossed down the memory hole by script-happy doctors. As any street pusher will tell you, it’s all about the Benjamins.

It’s easy to wage a war on drugs when the enemy combatants wear tie-dye and long hair, or gold chains, track suits, and beepers, or, in their current incarnation, saggy drawers and designer t-shirts. When the drug pusher dons a white coat, the lab garb provides a cloak of invisibility. Despite ubiquitous evidence of their malfeasance in overmedicated America, dope dispensing doctors remain largely immune from criticism. Indeed, the indecency resides in the suggestion that writing prescriptions can be habit forming, not in the writing of prescriptions that form habits.

The collective cognitive dissonance on drugs doesn’t withstand an honest look at the history of the science. In most instances, today’s dirty “street” drugs were introduced as yesterday’s clean cure-alls by pharmaceutical companies.

Bayer bequeathed both aspirin and heroin to the world. Marketed more than a century ago as “the sedative for coughs,” heroin witnessed unlicensed, unscrupulous open-air pharmacists infringe on the patent of their Bayer parent. One of the German pharmaceutical giant’s old advertisements shows a loving mom spoon feeding heroin to her daughter above the caption “the cough disappears.” It didn’t say what took its place.

Ecstasy, the dance-party drug also known under its alphabetized nom de narcotique “X,” “E,” or “MDMA,” first came into existence not at warehouse raves but in a Merck laboratory.

Sandoz Laboratories created LSD, which the company marketed under the name Delysid. As they withdrew from the hallucinogen market in the mid-1960s, a Harvard professor — not a cult crazy or a deranged hippie — emerged as acid’s pied-piper.

Before Tony Montana served as an evangelist for cocaine in Miami, Sigmund Freud did in Vienna. Freud used his considerable intellectual powers to write “a song of praise to this magical substance.” Therein he boasted that cocaine “wards off hunger, sleep, and fatigue and steels one to intellectual effort.” Moderate cocaine use, he maintained, neither proved “detrimental to the body” nor induced a “compulsive desire to use the stimulant further.” But Freud’s life contradicted his claims. He remained addicted to the drug, with disastrous and debilitating consequences, for more than a decade.

Cocaine is a helluva drug. So are Ritalin, Desoxyn, and Adderall — members of the methamphetamine family whose names have been changed for respectability purposes. Surely posterity will look upon our age’s penchant for dispensing Ritalin or OxyContin under medical auspices the way we look upon Bayer’s creation of heroin or Freud’s proselytizing for cocaine.

If a highbrain the likes of Sigmund Freud could so misconstrue the destructive power of narcotics, isn’t it possible that doctors with lesser intellects might also err in judgment today? Alas, their affliction isn’t a lack of intelligence but a surfeit of arrogance.

Boyhood isn’t a medical condition to be cured. The God-complex of doctors, on the other hand, could use an injection of humility. Physician, heal thyself.