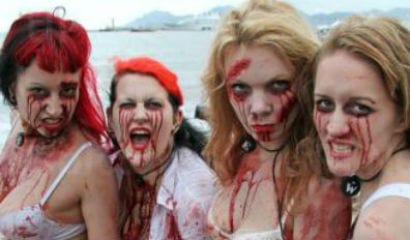 HOW I ENVY YOU IN WASHINGTON, amongst all our friends at play in the fields of Our Lord! Have you considered the trials of our brethren in less hospitable missions? Think of brave, dear Pondscum, who almost went mad in Salt Lake City. Or Weaselmouth, who quite lost it in Oklahoma. Thank Hell for our R-and-R facilities in Las Vegas, where both took a well-deserved break. (Pondscum refuses to return to Utah, but that’s another story.)

The souls in Washington are like low-hanging fruit, just waiting to be plucked. Do you remember the hard bargains we’ve had to make in the past? They called them Faustian, although the poor souls gave up everything and we gave up practically nothing. The truth is that the ungrateful beggars were enormously bothersome. Right to the end, they haggled over trivial worries and impossible scruples. We suggested an innocent little backstabbing of a colleague, and they blanched!

But that was then. Nowadays they practically beg us to take their souls. Remember that line of the Enemy: “What shall it profit a man to gain the whole world…”? I have to laugh. Right now a promise of a GS-15 job generally does the trick.

Even so, there are challenges in Washington. Given something good, you must make it better, which is why I am writing you. What you must do is use every advantage your venue offers. Remember what real estate agents say: Location, location, location!

So let’s think politics. I can still remember where I was when I first heard that feminist slogan, “The personal is political.” (Haiti, actually.) I knew at once that little aphorism was something magical. I closed my eyes and saw a sea of souls brought to us by that simple phrase, and that’s just what happened. It gave us embittered lives, divorces, disturbed children, even glorious suicides (a one-way ticket to chez nous).

(Forgive the occasional French. As someone once said, I’m a man of wealth and taste.)

The slogan also helped bring about that wonderful new movement, the “children’s rights” crusade. Parental guidance, it turned out, was simply another example of an unjustified and unearned power relationship. And thus were spawned litters of self-aggrandizing little worms, who defended against tyrannical parents their rights to sex, drugs, and really just about everything else they wanted. In time, they grew up, joined the ACLU, and spawned a new generation of moral heroes.

Here let me make a personal confession. The feminist slogan was so good that many of our colleagues thought I—or someone below me in the lowerarchy—had invented it. But it was pure serendipity. Or what the Enemy calls “Grace,” when He cheats and makes things turn out his way. (Amazing how well we do without that power, isn’t it? We simply let people follow their instincts.)

By the way, don’t you love it when our foes seek to erect some right or other upon “natural law”? If they only knew how much we rely upon human nature.

Now let me suggest another way to turn the slogan to our advantage. If one identifies the personal with the political, then the political is also personal. Having the right political views is a permission slip to do just as one likes. People are judged by their politics, not by the inconvenient little things they might do in their personal lives.

The other day, I saw an old Volvo station wagon with a faded Kerry-Edwards bumper sticker, except part of it had worn away, leaving only Edwards’ name. I should have taken down the license plate and suggested a little tête-à-tête. Not giving up on John Edwards is an acid test of progressive principles. Don’t tell me you’re a teachers union rep; tell me how you feel about the 2004 Democratic vice-presidential nominee.

It is a short step from winking at a politician’s innocent little betrayals to excusing one’s own little frolics, especially if they serve the greater good of progressive politics. Think of all the lying done in the last campaign. Better still, the lies were made by people calling themselves “fact-checkers”!

Then there’s the sheer hatred progressives have for their opponents. Granted, it was a lot easier 10 years ago. Back then Jonathan Chait began a column in the normally unreadable New Republic with “I hate President George W. Bush,” and it was as if the floodgates had opened to a great tidal wave of emotion. It encouraged progressives to relish in one of the deepest of human pleasures, in which the naked ego preens in its sense of superiority to a person it despises. The Enemy labels hatred a “deadly sin” because it’s the gateway to other “sins.” It excuses and encourages all kinds of splendid behavior that we seek to elicit from people, things like pride, lying, and cheating. And here we had the house organ of progressivism saying, “Go for it!” They did for hatred what that tired old sybarite Hugh Hefner did for lust.

The great thing about hatred is that it never really goes away, even after its object departs from the scene. Bush is gone, but the taste for that delicious emotion remains. One might have thought it difficult to hate buttoned-down Mitt Romney, but his unfavorable ratings were higher than any presidential candidate before him. Our friends made it fashionable to laugh at devout Latter-day Saints, no matter their uprightness, and that promises to win a great many souls for Satan.

P.S. You seem to be spending a lot of time in Anacostia. Wouldn’t the payoff be greater in Georgetown?