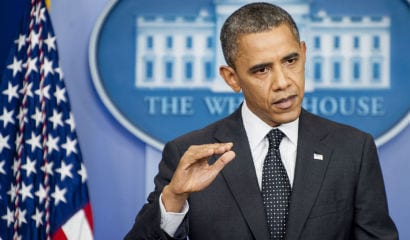 The biggest fallacy regarding Social Security is that it would be easier politically to cut Social Security benefits rather than to fundamentally reform the way the program works, so as to empower workers with the freedom to choose personal savings, investment, and insurance accounts.

But real investment involves funding of productive activities and resources. The Social Security trust fund is and was always 100% federal debt immediately used to finance increased government spending. That is why it is officially accounted for in federal bookkeeping as part of the gross federal debt, subject to the national debt limit. Even the interest paid on that debt is financed 100% out of redistribution taken from the productive, not increased production, as in real investment.

Consequently, Social Security payroll taxes do not earn for working people the investment returns and ultimate benefits that are produced by real savings and investment. That is why personal accounts would pay seniors so much more than Social Security.

So those engaged in manual labor can retire in their early 60s if they want, maybe with extra contributions to their accounts over the years from their employers to provide more for that. But millions engaged in intellectual work would choose to continue to work well into their 70s, and prefer that, a result that could never be imposed politically.

The only ultimate solution for Social Security is to scrap its no savings, no investment, tax and redistribution system for a fully funded system based on real savings and investment, with zero unfunded liabilities. That is what personal accounts do. That would require financing the increased savings and investment over a generation. It wouldn’t involve transition “costs,” or paying twice for retirement, which has confused even some conservative economists, who should have known better.

When you save $1,000 in an investment account, you don’t say that it cost me $1,000. That is because you still have it, in your account. Similarly, saving and investing over a generation in personal accounts does not involve transition “costs.” It involves replacing the payroll tax, the largest tax working people pay, with a personal family wealth engine that can grow to half a million, even a million or more, over a lifetime of working, saving, and investing.

Moreover, those savings and investment immediately go to work in the economy today, creating jobs, and increasing wages and incomes for working people. Some transition “cost.” Instead, personal accounts would result in the greatest reduction in government spending in world history, as the benefits financed by taxes and government spending today would be replaced by higher benefits financed by savings, investment, and insurance in the private sector.

Such personal accounts do not involve pie in the sky theorizing. They are a proven reform that has already worked in the real world. From the South American nation of Chile starting more than 30 years ago, to Great Britain starting under Thatcher, to local government workers in and around Galveston, Texas, who opted out of Social Security more than 30 years ago as well, and elsewhere, personal accounts are a proven success for working people. That same success is shown as well by the savings and investment accounts for federal workers under the federal Thrift Savings retirement plan.

In 2004 and 2005, Congressman Paul Ryan (R-WI), now chairman of the House Budget Committee, introduced model legislation providing for such personal accounts. That model was incorporated in the Ryan Roadmap, which provided full financing for the personal accounts through other necessary entitlement reforms. All of it was scored by the Chief Actuary of Social Security and CBO, validating every one of of the above arguments.

Obama’s Benefit Cuts and Tax Increases Instead
Almost a decade ago, when President Bush was giving at least rhetorical support to the idea of personal accounts for Social Security, I argued against those who were still arguing for cuts in Social Security benefits by noting that liberals would never allow such cuts without corresponding tax increases as well. Even many conservatives who should have known better, and recognized the obvious, openly doubted that claim.

But Obama is proving me right about that again. What Obama has proposed — and what his own hired propagandists (Jay Carney) and media sycophants (New York Times, Washington Post) tout as entitlement reform — involves changing the Social Security indexing formula that accounts for inflation. This would provide tiny, negligible, Social Security spending reductions from the increases in spending, especially as compared to personal accounts. As Charles Krauthammer reported last week, it would only reduce the dramatic increase in Social Security spending by one quarter of one percent. Even under Obama’s proposal, his own budget projects Social Security spending to soar over the next decade by 85% compared to last year, from $768 billion to $1.43 trillion.

But here is the kicker. Obama’s proposal would also increase taxes by another $100 billion, on top of the $1 trillion in Obamacare tax increases over the next decade, and the $600 billion in tax increases focused on the nation’s job creators, investors, and successful small businesses (“the rich”). That is because the same indexing change applies to the indexing of the tax brackets for inflation. That will mean a tax increase on the middle class and working people as well. That $100 billion in tax increases over the next decade compares to $130 billion spending savings, out of the roaring increase in such spending.

The proposed change is not even a more accurate assessment of inflation, also contrary to the propaganda. It changes the inflation measurement from calculating the change in prices of a fixed basket of goods and services over time, to a measurement of the price changes in a changing basket of goods and services, reflecting the declining standard of living of the American people (for example, substituting the lower price of hamburger for the price of steak as the American people increasingly no longer buy steak they can no longer afford).

Still More Medicare Cuts
The second great entitlement “reform” is further reducing Medicare payments to doctors and hospitals for health care provided to seniors, by $250 billion over the next 10 years. Obamacare already slashes such medical fee payments by three quarters of a trillion over the next 10 years. The Obama budget would make that a rough trillion in such Medicare cuts over 10 years. While Democrats have so aggressively accused Republicans of proposing draconian Medicare cuts, it is Obama and the Democrats who have actually done it. And now they are celebrating doing it again.

That would intractably leave Medicare paying less for health care for seniors than Medicaid pays for health care for the poor, which is demonstrably woefully inadequate. Seniors would consequently be unable to obtain timely, quality, health care. Medicare’s own Chief Actuary projects that one out of seven hospitals will leave Medicare over the next seven years as a result of the cuts already enacted by Obama and the Democrats. NCPA President John Goodman adds on his health policy blog, “[B]eyond that things just get worse and worse. Access to care will become a huge issue as waiting times [for seniors] to see doctors and enter hospitals grow…. From a financial point of view, seniors will be less attractive to doctors than welfare mothers.”

Such entitlement “reform” would work as well as trying to reduce defense spending by refusing to pay the builders of the Navy’s ships, the manufacturers of the Air Forces planes, and the makers of the Army’s tanks.

Real Medicare entitlement reform would involve not refusing to pay the doctors and hospitals providing medical care to seniors, but expanding the proven successful, more modern, Medicare Parts C and D to Medicare Parts A and B. That is all that Paul Ryan’s much maligned Medicare reforms would do. As with personal accounts, seniors would be far better off with such Medicare reforms.

Such reform would be further enhanced for seniors by expanding personal accounts to the Medicare payroll tax as well. In retirement, those accumulated funds over the years would finance further benefits to be used to choose among competing private insurers for Medicare coverage. All these reforms would provide enormous gains for seniors as compared to Obamacare, because private insurers have to pay enough to doctors and hospitals to enable their customers to get timely and effective health care when they need it, providing an escape hatch from the Obamacare Medicare cuts.

More Real Entitlement Reform
Still more real entitlement reform would involve replacing Obamacare with a comprehensive health care safety net that would assure essential health care for all at just a fraction of the cost of Obamacare, with no individual mandate and no employer mandate. That contrasts with Obamacare, which CBO projects would still leave 30 million uninsured after 10 full years of implementation. Indeed, it will leave far more uninsured than that, as tens of millions will lose their employer provided health insurance once Obamacare is implemented next year. (So much for “If you like your health plan, you can keep it.”).

Indeed, that can be accomplished while reducing federal spending over the next 10 years by close to $2 trillion, at least, as explained in full detail in John Goodman and Peter Ferrara, “Health Care for All Without the Affordable Care Act [Obamacare],” NCPA Issue Brief No. 116 (October 17, 2012).

More real entitlement reform would further involve expanding the last successful, cost-saving entitlement reform, the 1996 welfare reforms of the New Deal, AFDC program in 1996, to every means tested federal welfare program. Those 1996 reforms led to two-thirds leaving the AFDC rolls for work, increasing the incomes of the poor formerly dependent on the program by 25%, while reducing costs to taxpayers by 50% from where they would be otherwise.

Close to 200 federal means-tested welfare programs remain, projected to cost more than $10 trillion over the next 10 years. Sending all of those programs back to the states with block grants, as under the 1996 AFDC reforms, could effectively eliminate poverty in America entirely. Yet, the savings to taxpayers would run into the trillions over the years, based on the results of the 1996 reforms, another reform proven to work in the real world.

That would include Medicaid, which would be sent entirely back to the states with the feds providing the federal share of spending only through fixed, finite block grants, again as in 1996. The states could then each provide the poor with premium support they could use to purchase private health coverage of their choice. That would benefit the poor enormously, again because private insurers have to pay doctors and hospitals enough to ensure that their customers can get timely and effective health care when needed.

Such real entitlement reform would require real leadership out of Washington, which is why it is nowhere in sight. President Obama’s lauded entitlement reforms are just meant to provide talking points for the 2014 elections regarding supposed statesman-like compromise, when it is actually just more posturing sham not worthy of the name of entitlement reform.