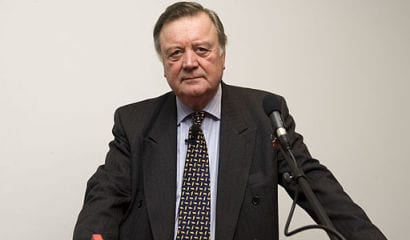 In throwing the word “racist” around in this manner to describe a rival right-of center party, the Tory leadership are misinforming themselves and may pay the price at the next election. UKIP’s primary concern is not race but sovereignty. The Tories might do well to tear their attention away from such vital questions as homosexual marriage to give some thought to sovereignty themselves. Indeed, UKIP would not exist if the Tories showed that they took the question of Britain’s future independent existence seriously.

UKIP is being driven by the obvious erosion of sovereignty on a myriad of fronts: British courts, in obedience to the European Court of human rights, can no longer deport Muslim hate-preachers, British boats cannot fish in waters that have been British for centuries, and the country is groaning under a myriad of Europe-derived health and safety regulations, from food marketing to the design of flush toilets. Unrestricted immigration from European Union countries means 80,000 new houses will have to be built on Britain’s limited countryside, to say nothing of the increase this implies for an already crushing burden of social services.

See you the ferny ride that steals
Into the oak-woods far?
Of that is where they hauled the keels
That rolled to Trafalgar.

Mass Muslim immigration from European Union countries such as France has already meant areas in big cities, such as parts of London’s Finsbury Park, have become virtual no-go zones for native Britons.

To ridicule the UK Independence Party in this utterly contemptuous manner involves more than a matter of party discipline or even of democracy itself (most Tories probably agree with UKIP on the need for a referendum).

Things have reached such a pass that they are coming to involve the whole question of British national identity and history. The seldom-spoken things, which countless writers have tried to define, are suddenly there and important again: St. George, Magna Charta, Shakespeare, Westminster Abbey, the little boats entitled to fly the Dunkirk Jack… but what matters most is that word “independence.”

UKIP does, in fact, take its watchword from Margaret Thatcher’s address in Bruges in 1988: “We have not successfully rolled back the frontiers of the State in Britain, only to see them re-imposed at a European level with a European super-state exercising a new domination from Brussels.” Cameron and Clarke are playing with fire – a fire that could consume their own party – in writing off these sentiments by the most successful of Tory leaders as the frothing of clowns and racists.

Further, the last two years have demonstrated dramatically the wisdom of Mrs. Thatcher in refusing to join Britain to the Euro.

The disappearance of national sovereignty and the reduction of nation-states to, at best, administrative units, seems a given among much of the political class.

It seems likely that, as Andrew Roberts has suggested in a futuristic novel, the dominant and central financial and military unit among all the little subdivisions and local government agencies, charged with such tasks as the registration of garbage-bin lids, might have a name not a million miles removed from “Gross Deutschland.”

None of the major British political parties apart from UKIP have undertaken to allow a referendum on how close the British people want European union to be, the Tories having broken a sort of promise to do so, and Labour and the Liberal Democrats showing no interest in the question of limiting integration. In any case, there is little if any popular enthusiasm for greater integration.

There is already a rudimentary Franco-German military force, and there has been talk of Britain sharing France’s nuclear aircraft-carrier, which would be very nice if they both wanted to do the same thing with it.

Add to this the recent revelation that the Labour Government, when in power, deliberately set out to flood the country with unassimilable migrants in order to build up its own client bases, and, allegedly “rub the Tories’ noses in it.” This is also seen by many as posing a threat to national identity.

UKIP may be exaggerating the threat to Britain’s independence, given Europe’s record of discord and the grossly unequal development of the rich and poor European states. But for Cameron and Clarke to write off legitimate concerns with a sneer and the tired old cry of “Racist!” is an alarmingly childish response that will solve nothing.