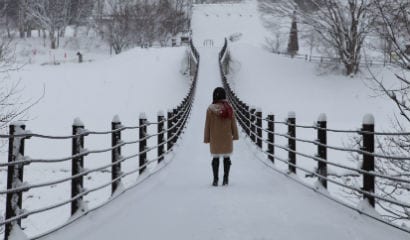 Feminists could not have created a better foil for themselves than Susan Patton.

She is the woman who sent a letter to the Daily Princetonian in March advising female students to look for a mate in college because there would never be such a high concentration of well-educated, eligible men surrounding them.

Patton, who graduated from Princeton University in 1977, urged the school’s young women to, “Find a husband on campus before you graduate.”

For linking early marriage to happiness she was excoriated by an onslaught of Ivy League grads and their intellectual peers who labeled her everything from “elitist” to “archaic.”

I don’t disagree with the criticism focused on her plea for students to marry guys from Princeton, as there are many really smart, talented men without an Ivy League pedigree.

But I’ve been thinking about the letter a lot recently because of separate visits with three dear friends who are highly educated, very attractive and approaching 40 or over the mark, and want to marry and have children as much or more than the lucrative careers they worked so hard to achieve.

They probably would have laughed at Patton in their 20s, as I would have, but today they often feel alone more than successful and stand at a biological crossroads shattering their sense of self.

One, an entrepreneur, opted to have a child by herself, but not without first struggling with depression rooted in breaking a moral code and in realizing the plan she intrinsically anticipated for her life would never be. She’s happy with her decision, has the means to be a single mother, but ultimately hopes to find a life partner for herself and a father for her daughter — and another child if she is able.

Another one of those friends, a tax accountant at a large law firm, found out recently that she would most likely not be able to save her eggs for future use. She is devastated by the news. She grew up in the deep South, has a younger sister with three children, and never confronted life without a family, until the hard truth of biology set in. She can’t raise the topic without crying.

The third friend is a doctor who spent her 20s and 30s in medical school and training. She said the married people in medical school were the ones who started that way or were engaged before entering. She enjoys her life’s work, but is thousands of miles away from most of her family and says she has put off online dating in her newly adopted city after so many bad experiences in her last hometown.

I know they are not alone. And I think there will be more really talented, successful women in the future who hit 40 by themselves if young women keep being told by feminists’ intellectual offspring in universities across the nation and premier media keep telling them that marriage is simply one valid choice among many, and that it can be put off almost indefinitely because of medical advancements. If we are honest, most will admit that is false.

Marriage rates among those with a college education remain high, as Charles Murray chronicles in 2012’s Coming Apart, but plummeted in the last 50 years for those with no more than a high school degree. But with one in three people under 30 claiming no religion according to a 2012 Pew Research Center study — the highest percentage ever — I wonder if a larger share of the highly educated in this group choose not to marry because they will not be bound by conviction or tradition to do so. That would be bad for many of them, who will find out that freedom often stems from a partner’s unconditional love, not the ability to move out at month’s end or sneak out before dawn after hooking up.

Given that college is a breeding ground for casual sex and reckless behavior, Patton’s plea has a large chance of being dismissed by default. But I doubt she would have caused such a furor if what she said did not ring true to those of us who have lived long enough to test feminist theories fed to us in college — and found them wanting.