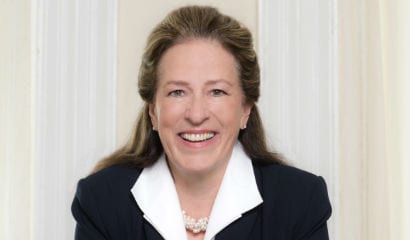 In most any other circumstance, Elizabeth Colbert Busch would get nowhere near the title of Congresswoman. The district she’s running in, South Carolina’s 1st, encompasses the genteel, cosmopolitan Lowcountry and slants strongly Republican. Last year, residents there elected Tea Partier Tim Scott with 65 percent of the vote.

But when GOP primary voters chose their nominee for tomorrow’s special election, they settled on hiking enthusiast Mark Sanford. The race crystallized as a referendum on he, the state’s wayward former governor, allowing Colbert Busch to fly mostly under the radar.

The progressive Democrat focused on building a moderate image around bipartisan pragmatism, family values, and job creation. “I approve this message,” she ends one campaign ad, “because I’m not going to talk about the jobs that we’ve lost. I know what it takes to create new jobs.”

In 2008 she became the director of business development at Clemson University’s Restoration Institute, an organization dedicated to, among other things, developing renewable energy. The institute’s signature achievement is a wind turbine drivetrain testing facility currently under construction on North Charleston’s retired naval base. (Its press officer declined to comment for this story, saying Colbert Busch was no longer working there.)

Offshore turbines require tough components to cope with strong, fluctuating ocean winds, and the infeasibility of field testing makes an indoor facility important for offshore development. To build the $98 million project, Colbert Busch helped secure a $45 million Department of Energy grant for the project through the American Recovery and Reinvestment Act — the Obama stimulus. Private donations accounted for $10.5 million, and state entities covered the balance.

Then-Governor Mark Sanford opposed funding for the project, arguing the money should come from businesses, not the government.

The Colbert Rapport
I had a front row seat to these plans late last spring at the College of Charleston. Elizabeth Colbert Busch was a guest speaker in one of my classes. Boisterous and buoyant, much like her famous brother Stephen, she touted the gearbox testing facility, emphasizing her success landing the stimulus grant. That $45 million figure came up repeatedly. It was a great boon for the local economy, she explained. The money essentially guaranteed thousands of jobs, and a vibrant wind energy industry.

There are data behind the rhetoric. The Palmetto Wind Research Project, a collaboration of state entities launched in 2009, placed buoys off the South Carolina coast to measure wind patterns, and concluded a year later that a turbine farm was worth considering.

Construction of a 1 gigawatt wind farm was proposed from 2016 through 2025. Each turbine would generatee between 3 and 5 megawatts, so the project could require 200 to 334 turbines. By comparison, the London Array, which recently became the world’s largest wind farm, has 175 3.6 megawatt turbines for a total capacity of 630 megawatts.

In October 2012, the Restoration Institute published an economic impact report — coauthored by Elizabeth Colbert Busch — that estimated 1,134 direct jobs and 2,931 total jobs were created in South Carolina last year by the wind energy industry. It also predicted that an average of 3,879 jobs would be created annually by the construction and operation of a gigawatt offshore wind farm, particularly during the initial decade of construction.

Total cost of components was estimated at $2.1 billion, installation at another $2.8 billion. The study assumes most of the manufacturing would be in-state, and calculates a fiscal multiplier. For each dollar spent on the project, the study suggests that $1.60 of economic activity would be generated.

The Busch Doctrine
The job creation claims rest on two obvious premises: the viability of wind energy and economic efficiency of government investments in it. The first point is hotly disputed. Wind energy is expensive and intermittent. Conventional energy sources can be ramped up or down in a few hours; when the wind blows is an entirely different question. The industry is supported by a federal production tax credit. As Competitive Enterprise Institute energy policy analyst William Yeatman pointed out in an interview, wind advocates warned last December that the industry would lose thousands of jobs practically overnight if Congress did not renew the Federal subsidy.

Renewable energy consumption is also supported in more than half of states, by mandates called renewable portfolio standards. But the prospect of jobs and environmental cachet makes championing wind energy popular. Colbert Busch et al. promise $2.2 billion in wages, $4.2 billion in state economic output, and $683 million in tax revenue from the gigawatt wind farm proposal between 2016 and 2030. But this presumes that a multi-decade marine construction project costing billions of taxpayer dollars will be completed according to plan.

When Stephen Colbert interviewed South Carolina Republican Governor Nikki Haley on his satirical news show, he began on a personal note: “I got family that work for Clemson,” Colbert beamed, “My sister works at the drivetrain facility down in Charleston where they’re testing the new wind turbines.” After some enthusing he asked, “Are we going to lead the world in wind power?”

“Yes,” was Haley’s enthusiastic reply. However serious the governor was, the comedian’s sister is counting on it.