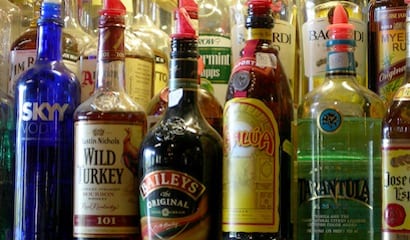 Each semester, The American Spectator holds its college essay contest, an opportunity for undergraduates to show their writing skills and sound off on a pressing issue. Our most recent topic, “The pros and cons of binge drinking,” elicited this essay by an up-and-coming student from Hillsdale College.

You gotta be thinking Sam Adams, not drinking Sam Adams.” Sarah Palin gave this advice to the college students attending this year’s Conservative Political Action Conference. Just another round fired from her stockpile of one-liners, but her remark was well-aimed: College students drink. A lot. All too often their world is defined by excess rather than temperance. In the Bible, drunkenness was the first sin of the postdiluvian world. It was a problem long before Noah stripped naked after getting a little woozy on some wine, and it will continue to be a part of mankind’s struggle long after the Betty Ford Clinic treats its last celebrity. According to the American Heritage Dictionary, however, the term “binge drinking,” which is derived from a word meaning to “soak” or “fill a boat with water,” has been around only since 1854. Like a drenched rag or a sinking fishing boat, a binge drinker absorbs alcohol until his mind and body flood, ceasing to perform their intended functions.

We live in a civilization of bingers. Teenagers commonly indulge in irregular and excessive sleeping hiatuses. Credit card companies make fortunes on people’s inability to curtail shopping splurges. And it’s rare to find victors of the one-potato-chip challenge. I down at least two bowl-sized mugs of Dunkin’ every morning, and I waited to watch nine hours of Downton Abbey in one sitting because I couldn’t bear the week-long wait between episodes. Each of these gluttonous habits has its consequence (debt, weight gain, caffeine withdrawals, mind numbness), as does binging on alcohol. Binge drinking stretches students’ wallets, contributes to the so-called Freshman Fifteen, demands coffee to cure hangovers—but these are among its least dangerous consequences.

According to the Centers for Disease Control and Prevention, about 80,000 deaths per year can be attributed to excessive drinking (that includes things like liver cancer and strokes, in addition to the things we’d normally think of, such as falling, drowning, and alcohol poisoning). On campuses, those fatal nights often begin the same way: Students “pre-game” or warm up on cheap alcohol. They seek to arrive, by the least expensive means possible, at that ever-elusive place between bliss and oblivion. After a couple Keystones and Jagermeister shots, inhibitions drop, troubles vanish, and it’s on to the bar or the next party.

I discovered just how accessible the partying scene was to underage students only hours after my parents dropped me off for freshman orientation. My first night as a college student, I found myself at an off-campus house party packed with upperclassmen and a handful of other freshmen. We were told that free alcohol was available for us. I stood in the middle of the room, squashed between a girl’s sequined back and a football player’s sweaty arm. I knew I could throw myself into this sea of reckless abandon, or I could stay on solid ground. It was tempting to jump, but after I found my way out of the middle of the crowd, I turned and looked at the spectacle around me. The faces were all those of strangers (no one cared so much as to ask me my name). Everyone was either already drunk or intending to be, and soon. Some girls had mascara streaked across their faces, whether due to the hot, sticky atmosphere or from crying, I don’t know.

IN HIS BOOK Life at the Bottom, Theodore Dalrymple, an English writer and retired prison psychiatrist, describes a similar scene he observed in a nightclub:

On the dance floor itself, a great seething mass of people move like maggots in a tin. With so large a number of people crammed into so small a space, it is astonishing that there is no social contact among them. Most of the pairs do not even look into each other’s eyes; because of the noise, verbal communication is out of the question. They dance solipsistically, each in a world of his or her own, literally entranced by the rhythm and the continual physical activity. They dance…to blot out the memory of their lives.

Dalrymple has an extraordinary talent for watching, understanding, and articulating human behavior. This beautifully tragic description of the modern idea of a good time reveals a fundamental flaw of our age. I have asked people who regularly drink in order to get drunk why they do so, and the answer is generally the same: “It relaxes me to have more fun and helps me to express myself more freely in social situations.” But the modern partying scene is the antithesis of community. It involves “dancing” in which human persons are not the essential participants; certain attached body parts are. It presses drinking to the point where the cognitive person behind the red Solo cup is blotted out, and the best nights are often considered to be those that cannot be remembered.

Drunkenness was always seen as a bad thing, viewed as sloppy and selfish by my grandfather’s generation. Today sobriety is linked with prudes and killjoys. My friends at state schools don’t believe that college life outside the party scene constitutes a real university experience.

A main contributor to this view is the fact that we have severed the intergenerational context in which alcohol used to exist. The prohibition of alcohol for anyone under age 21—an attempt to reduce alcohol abuse—has removed it from the civic domain and unintentionally given it a clandestine appeal. The website for Choose Responsibility, a nonprofit that advocates lowering the drinking age to 18 while promoting education for responsible consumption, says that the “21-year-old drinking age ties the hands of parents and places them in an untenable position.” In some states, it is illegal for parents to serve their 18-year-old a glass of champagne on New Year’s Eve. If all parents and children followed the letter of the law, most Americans coming of age after 1984 (when the federal government blackmailed the states by withholding federal highway funds if they refused to raise the drinking age to 21) would have their first experience drinking alcohol not in the controlled, safe environment of a home, but in a bar with other freshly turned 21-year-olds.

This isn’t healthy. The last birthday most youth-obsessed Americans look forward to is 21. Every day the clock strikes midnight, and 10,000 Americans enter that long-awaited world where age no longer thwarts the burning desire to walk up to a bar and order a vodka martini, shaken, not stirred. But far too frequently these celebratory nights involve dangerous initiatory games like “21 for 21,” the notorious shot challenge that has led to the deaths of college students around the country.

According to the Office of Juvenile Justice and Delinquency Prevention, 90 percent of underage alcohol consumption involves binge drinking. While laws should not be abolished simply because they are widely ignored, laws should also reflect the way people live. And this law, tainted with the ineffectiveness of prohibition, actively encourages rebellion during those angsty years when it’s most tempting. Lowering the drinking age and allowing provisions for parents to use their discretion would eliminate many of the temptations that have arisen as unintended consequences of our alcohol laws. Assuming that the law will create teetotalers of teenagers until three years after they have reached adulthood is wishful thinking. Rather than ignoring reality, we could take important steps toward limiting abuse and cultivating the virtue of temperance.

Our culture of excess and instant gratification has been merciless to temperance. The virtue valued—if not necessarily practiced—most by Benjamin Franklin has been thrown to the wayside, and our society suffers as a result. As Dalrymple has written, “It is only by having desire thwarted, and thereby learning to control it—in other words, by becoming civilized—that men become fully human.”

People tend to think of temperance as the most mundane and least glorious of the cardinal virtues (prudence, justice, and courage being the others). We may aspire to be as prudent as Sherlock Holmes, as just as Bruce Wayne, or as courageous as Indiana Jones, but we are missing a champion of temperance. We must remember that temperance is the virtue that most exhibits our humanity and separates us as persons because only we can make choices apart from what we crave. Totally abstaining from alcohol is an attempt to short-circuit the challenge, and binge drinking is practiced for the express purpose of removing the burden of self control. We must allow alcohol to migrate into the civic sphere so that it can be incorporated healthily into our community and the virtue of temperance can be openly nurtured.