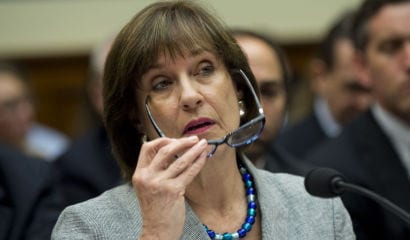 The Obama administration’s attacks on the Constitution have been aggressive and unrelenting. They have been complemented by consistent disdain, from Democratic Party elected officials, for the notion that there are any limits of any sort on the power of our federal government. We all remember Nancy Pelosi’s acidic response, “Are you serious?,” to a question suggesting that the Constitution might somehow constrain the Congress.  Examples in the same vein are plentiful, from our President and many members of his party.

The past two weeks have seen an avalanche of evidence of the administration’s assault on the First Amendment freedom of speech, with every day bringing new reports of harassment and intimidation of groups and individuals who oppose the President’s policies. This “silence the opposition” program has been systematically carried out by the IRS, and often in clear coordination with other agencies. What is more, numerous reporters, especially but not only those with Fox News (a network the President very publicly despises), have had their phones tapped, their personal emails read, and their movements tracked, in what most say is an unprecedented combination of measures used against members of the press.

Of course, this all comes on the heels of administration actions that attack the first amendment freedom of religion via the “Obamacare mandate,” which is now the subject of ongoing federal litigation. Let us recall, too, the administration’s campaign while the bill was pending, encouraging supporters to send emails reporting on individuals who criticized the proposal. The idea at the time was consistent with the President’s explicit advice to supporters “to argue with [people], get in their face.”

We’ve also seen the President go after the Second Amendment, with legislative proposals mischaracterized as “common sense” steps to “reduce gun violence,” when in fact they would not have prevented the Newtown or Aurora tragedies. Rather, they would prohibit or regulate loans and transfers of guns between relatives and friends in a manner that would impose cost and inconvenience on law-abiding firearms owners. The President has made clear that his administration has not given up on its campaign against the right to keep and bear arms.

In sum, our President and his minions are doing a great deal to infringe the individual rights protected by the First and Second amendments. At the same time, it’s clear they are dismissive of the Ninth and Tenth Amendments, which make clear that the Founders intended that the states and the people retain all powers not expressly delegated to the federal government by the Constitution.

Moreover, it’s hard to say much about their respect for the due process rights protected by the Fifth Amendment and the related rights to a legal defense embodied in the Sixth. On this score, note as examples the treatment of Gibson Guitars and others by assorted federal agencies, and the fact that Mr. Obama’s loyal attorney general only grudgingly conceded that it would be unlawful for the President to order the killing of American citizens on American soil without the benefit of any legal process.

With all of this as background, perhaps we should be grateful that a senior IRS official at the eye of this storm has endorsed, by her own action, that clause in the Fifth Amendment providing that “[n]o person… shall be compelled in any criminal case to be a witness against himself.” This endorsement came from Ms. Lois Lerner, an Obama supporter with a history of actions against conservatives dating back to her days with the Federal Election Commission.  She has now “taken the fifth” rather than answer questions under oath about the IRS’s admitted targeting of conservative groups and individuals, including not only “tea party” denominated organizations but also those engaging in such subversive conduct as “educating on the Constitution.”

Ms. Lerner gave a prepared statement before clamming up, saying, “I have not done anything wrong, I have not broken any laws, I have not violated any IRS rules or regulations and I have not provided false information to this or any other congressional committee.” She then said that while she would “very much like to answer the committee’s questions,” she would not do so on the basis of legal advice. In my view, M. Lerner’s assertion that she has done nothing “wrong” is, to say the least, very debatable, under various federal laws prohibiting false statements and obstruction of justice, among others.

Rep. Trey Gowdy of South Carolina noted that Ms. Lerner may well have waived her right not to answer through her earlier testimony in the proceeding and her opening statement today. He is right to press the point. For Ms. Lerner should not be allowed to have it both ways, testifying that she’s done nothing wrong and made no false statements on the one hand, while refusing to answer questions about details on the other. If her prior statements in the proceedings have been incriminating in any way, for example an admission that earlier statements were misleading or untrue, then a court might well rule that she has waived her Fifth Amendment privilege and cannot lawfully decline to answer further questions on the same subjects. It appears that Chairman Darrell Issa agrees that Ms. Lerner has waived her right to refuse to testify, and will call her back before the Committee for further questioning.

In the final analysis, in following sound legal advice from her lawyer, William W. Taylor III, who has been a major contributor to President Obama and other Democrats (six figures, folks), Ms. Lerner does us the favor of indicating that at least one phrase in the Bill of Rights is respected by at least one Obama soldier in the federal ranks. It’s a phrase they need these days.