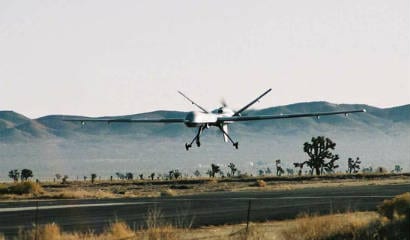 President Obama gave a marquee national security speech last week, proposing an endpoint for the war on terror. The day before, Attorney General Eric Holder had disclosed the killing of four American citizens in a letter to key senators. Al Qaeda chief Anwar al-Awlaki was targeted deliberately in Yemen by a strike that also killed alleged terrorist Samir Khan. The two other deaths were also unintentional: al-Awlaki’s innocent teenage son and FBI fugitive Jude Muhammad, whose demise had been previously unreported.

Holder framed his letter, and the president’s speech, as part of a major national security overhaul with regard to the use of lethal force against terrorists:

This week the President approved and relevant congressional committees will be notified and briefed on a document that institutionalizes the Administration’s exacting standards and processes for reviewing and approving operations to capture or use lethal force against terrorist targets outside the United States and areas of active hostilities; these standards and processes are either already in place or are to be transitioned into place.

The Attorney General also pledged to clarify when deadly force will be employed:

For circumstances in which capture is feasible, the policy outlines standards and procedures to ensure that operations to take into custody a terrorist suspect are conducted in accordance with all applicable law, including the laws of war. When capture is not feasible, the policy provides that lethal force may be used only when a terrorist target poses a continuing, imminent threat to Americans, and when certain other preconditions, including a requirement that no other reasonable alternatives exist to effectively address the threat, are satisfied. And in all circumstances there must be a legal basis for using force against the target.

In his speech, the president declared that his administration has been thoroughly open in its conduct of the war on terror. But the use of drones outside of Iraq and Afghanistan by the United States military was not publicly acknowledged until June 2012. The CIA drone campaigns in Pakistan and Yemen have been discussed since, as during the speech, but generally the White House has refused to comment on them. That only began to change in the last few months; again, the revelation that four American citizens were killed by drones was less than a day old. A year previously, administration officials would have been “unable to confirm or deny” virtually anything about the drone war.

The administration’s new disclosures are welcome but incomplete. Three obvious gaps remain in the president’s updated anti-terrorism narrative. They are fundamental to the targeted killing program, and have serious implications for global security and American rule of law.

Targeted killings are not limited to al Qaeda operatives and affiliates

President Obama stated that the targeted killing program is restricted to members of al Qaeda or affiliated groups posing an imminent threat to the United States. He cited the authorization for use of military force approved by Congress after 9/11 as justification. But McClatchy revealed in early April that official government intelligence reports contradict this claim. Drones have routinely targeted individuals with no al Qaeda affiliation or plan to harm American citizens. Many are simply fighters opposed to U.S.-backed governments in Yemen or Pakistan.

It is important to note that drone strikes have declined markedly since 2010. However, the broad scope of strikes has meant more potential innocent casualties and unintended consequences. The United States is deeply unpopular and mistrusted in Pakistan. Fear of drone strikes feeds the perception of an indiscriminate war on Muslims, as noted by Yemeni journalist Farea al-Muslimi. This alienation endangers the American homeland and President Obama is not fully acknowledging its root causes.

The White House’s Office of Legal Counsel has, at the direction of the president, showed a memorandum that justifies drone strikes against U.S. citizens overseas to the House and the Senate Intelligence and Judiciary Committees. However, no one outside of the administration has seen the OLC memo laying out legal arguments for the drone program writ large. Neither document has been made public.

In a recent hearing on the constitutionality of drone strikes, the first of its kind, Senator Al Franken (D-Minn.) said that after reading the legal memo regarding citizen targeting, he could not understand why the administration did not simply redact the information relevant to national security and release it. The hearing had been moved back to allow administration representatives to participate, but none did.

The process remains opaque at best

Even if congressional members have been briefed on every single strike as the president stated, the legislative branch ostensibly has no input. As a practical matter, there is nothing for them to approve or disapprove. Members of both parties have long complained they are being kept in the dark about how targets are selected and how strikes are approved and executed. More than once I have personally witnessed Judiciary Committee Chairman Patrick Leahy (D-Vt.) threaten to subpoena the administration for documents related to drone strikes. Administration lawyers are definitely involved in the process, but it is likewise difficult to say whether the judicial branch plays any role. How much the new administration push will change this remains to be seen.

These half-truths and unanswered questions cannot be explained away in a speech. The administration has zealously controlled information about the targeted killing program, making disclosures when politically expedient but otherwise maintaining total secrecy. Until that changes our basic civil liberties remain at stake.