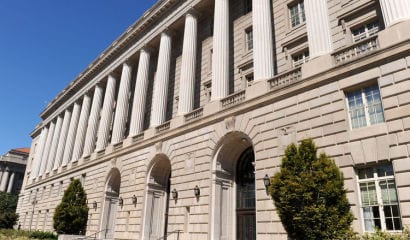 Suppose you give your 30-year-old daughter a list of groceries to buy for you and $25 to pay for them. Does your daughter have to report the $25 to the IRS as income?

If individuals band together to contribute to a nonprofit corporation to carry out some religious, charitable, educational, or similar purpose, the whole operation is analogous to your daughter’s grocery errand in our oversimplified example. The individuals are giving funds to an organization to carry out some joint purpose. The whole operation does not involve the production of new income that should be taxable to anyone.

That is why requiring an application process for 501(c)(3) recognition is legitimate. But even here, the IRS cannot administer the application process in a way that violates constitutional rights. It cannot discriminate for or against applicants based on political affiliation. It cannot discriminate for or against applicants based on whether it agrees with their message, or their cause. It cannot pass judgment on their prayers, or what they pray for. And when I say cannot, I mean that those individual IRS employees who violate constitutional requirements must be fired. And when I say must, I mean if not, then the supervisors of the malefactors must be fired, not promoted. Or if not, then the Secretary of the Treasury. Or if not, then the President of the United States.

And it doesn’t matter if the grassroots of the Democrat party approves of IRS bureaucrats violating the constitutional rights of those they disagree with, as recent polls show. What these polls reveal is that the Democrat party is a cauldron of hatred for their fellow Americans who will not submit to their personal, self-loving, superiority complexes. That is why they are so quick to accuse everyone else of hatred. It is called projection.

Thus, the real problem America is suffering today is not President Obama, nor even the Democrat party. It is Democrats — self-loving, overwhelmingly self-approving, grassroots Democrats, who are bringing about the decline and fall of America. That decline and fall will become more apparent as Obama’s second term proceeds.

You can ask the National Association of Marriage about that. As Peggy Noonan recounted in last weekend’s Wall Street Journal:

In March, 2012, the [National Organization for Marriage], which argues the case for traditional marriage, found out its confidential tax information had been obtained by the Human Rights Campaign, one of its primary opponents in the marriage debate. The HRC put the leaked information on its website—including the names of NOM donors. The NOM not only has the legal right to keep its donors’ names private, it has to, because when contributors’ names have been revealed in the past they have been harassed, boycotted and threatened. This is a free speech right, one the Supreme Court upheld in 1958 after the state of Alabama tried to compel the NAACP to surrender its membership list.”

Noonan added, “If it was leaked by a worker or workers within the IRS it would be a federal crime, with penalties including up to five years in prison.” Such a penalty is so appropriate for violations of Constitutional rights of U.S. citizens by federal officials. The NOM has, in fact, demonstrated that the information was leaked by a worker or workers within the IRS itself. It just has not demonstrated which ones. But in a continuing pattern and practice of dereliction of duty, the Obama Administration has no interest in pursuing a real investigation to find out who at the IRS broke the law. Just as it has no interest in ever bringing to justice the Benghazi killers who murdered four Americans nine months ago.

Or consider the matter of the organization Pro-Life Revolution. As reported yesterday by Newsmax, an identified IRS agent was caught on tape telling Ania Joseph of the organization, “You cannot, you know, use your religious belief to tell other people you don’t have a belief, so I don’t believe you need the right to do this, start confrontation, protesting, uh, prot, uh, protest.… You don’t apply for tax exemption.”

The agent was similarly later recorded telling Joseph, “You cannot force your religion or force your beliefs on somebody else. You have to know your boundaries. You have to know your limits. You have to respect other people’s beliefs.” Note that Pro-Life Revolution has never mentioned or even suggested anywhere using force to impose its religion or its beliefs on anyone. Nor has it ever engaged in any practice or activity even remotely involving force against anyone.

The organization did finally get its tax exemption application granted, two and a half years after application, when its lawyers at the Alliance Defense Fund pointed out that the standard for tax exemption the IRS was attempting to apply to the organization had already been declared unconstitutional by the U.S. Court of Appeals for the District of Columbia Circuit more than 30 years previously.

So Now They Must Lose It
Forget about the Administration ever prosecuting the IRS agents involved in this abuse. The appropriate response is for Congress to legislate for citizens to obtain 501(c)(4) status just by filing for it, rather than by applying for it. The filing form can call for the filers to certify that their organization is not involved in any income producing commercial enterprise, and is not part of any political campaign. The filers can certify that the organization is funded by voluntary donations and contributions.