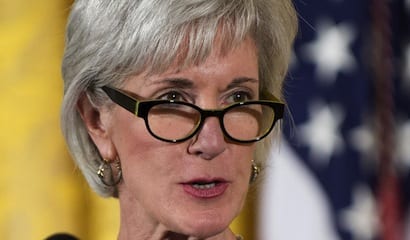 HARRISBURG — Sarah Murnaghan won her chance to get a new lung.

After a week-long saga that involved U.S. Sens. Pat Toomey, R-Pa., and Bob Casey, D-Pa., Secretary of Health and Human Services Kathleen Sebelius and a federal judge, the 10-year-old girl from Newtown Square, Pennsylvania, received the lung that she needed to continue her fight against cystic fibrosis.

It’s a sad story, made all the sadder by the fact that Sarah’s parents had to seek out political leaders and public officials to solve a health-care problem that exists, at least in large part, because of federal regulations regarding organ donations.

Some analysts say simple, market-oriented reforms for how the government handles organ donors and recipients would shorten the waiting list for new organs and give more patients a second chance at life.

“Our current system is what forces us into these terrible, tragic choices,” said Sally Satel, a practicing psychiatrist and lecturer at the Yale University School of Medicine. She also studies health policy issues for the American Enterprise Institute, a free-market think tank in Washington, D.C.

Without a transplant lung, doctors believed Sarah would have only a few weeks to live. But the federal rules for lung transplants prevent anyone younger than 12 from being placed on the adult list.

Sarah has been on the pediatric transplant list for 18 months, but donations are rare and her condition was worsening. Two weeks ago, her parents brought the situation to the attention of Pennsylvania’s congressional delegation, which wrote a letter to Sebelius asking for a temporary change to the rule so Sarah could get a new lung through the adult donation list.

Sebelius refused, unwilling to make an exemption in a longstanding national policy to benefit one person. But a federal judge in Pennsylvania issued a temporary injunction in Sarah’s favor last Thursday, and she was able to be moved to the adult donor list.

Even so, when one person gets put at the head of the line, another person gets bumped down on the list.

The case reveals several flaws about how the American health care system — and specifically, the organ donor system — operates.

Satel said Sebelius did the right, though difficult, thing by initially refusing to make the change, since making or changing policy on an ad hoc basis for one individuals is a terrible way to deal with a national problem.

And with more than 118,000 people on the national waiting list for organ donations, there is no shortage of other Sarahs out there. Instead of making individuals supplicate to elected officials, unelected bureaucrats or federal judges to get a life-saving organ transplant, policy changes should be aimed at increasing the supply of donated organs because that would reduce the waiting list, Satel said.

Passed in 1984, the National Organ Transplant Act made it a felony to give or receive an organ in return for anything of value — cash, gifts or anything else — effectively putting in place a system of organ donations that depends entirely on altruism.

As part of that 1984 federal law, the government gave a monopoly contract to the United Network for Organ Sharing, a national nonprofit that operates the nation’s organ transplant list and makes rules determining who gets on the list and how the list is ordered.

Vital organs must be taken from a deceased body as soon as possible to be viable as transplants. Yet about 50 percent of all usable organs end up as “food for worms” instead of being put to use keeping someone else alive, said Lloyd Cohen, a professor of law and economics at George Mason University.

He attributes the lack of supply to a failure of incentives in the altruistic-only model.

Those who support the donor-only system worry that compensating individuals for organs — either during life or after death by paying the next of kin — would open the door to unethical behavior.

But Cohen says there are at least as many drawbacks to the current system, which assumes individuals and their loved ones place no value on their organs after they have died. Rationally, this makes complete sense, he said, but human beings are not always rational creatures, perhaps least of all when death is the subject at hand.

“People don’t understand that their organs aren’t worth anything to them after they die,” Cohen said

Cohen has several suggestions for how to deal with this problem.

For one, offer compensation to potential organ donors and their next of kin. And offer it before they reach the emergency room and an important decision has to be made under great stress, Cohen said.

And don’t be so sanctimonious about it, he said, half-joking that getting people to sign up as organ donors should be openly solicited in the same manner as the Publisher’s Clearing House Sweepstakes.

Most of the Americans waiting for organs — about 75,000 in all — are waiting for kidney transplants. Providing a greater incentive for donations would help reduce that figure.

Such incentives do not have to include giving away cash-for-kidneys, said Satel, who suggests that kidney donations would increase if the government were able to offer free college tuition or health insurance in exchange for donations.

“You could walk into the University of Pennsylvania tomorrow and donate a kidney,” Satel said. “But you wouldn’t get anything more than a special place in heaven.”

Thousands of Americans are still on the adult waiting list. But it’s a wait that they will have to endure, perhaps unnecessarily.