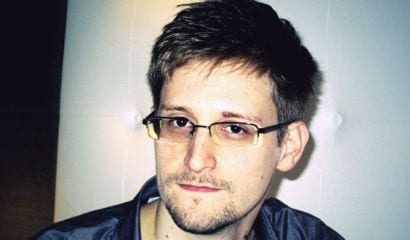 Momentary Muscovite Edward Snowden is now in Russia’s capital, enjoying Vladimir Putin’s hospitality while en route to Caracas or Havana or some other totalitarian hellhole where, presumably, he thinks he’s going to be feted as a hero.

He should expect his fifteen minutes of fame to last no longer than it takes to release the last document he possesses. Then, unless his hosts want to have fun waterboarding him to see what else he knows, any intelligence professional would tell you Snowden should be discarded like a used kleenex.

The leaker who caused so much damage to national security in divulging the NSA’s “PRISM” program is evidently responsible for the additional leak of top secret NSA documents that appeared on Friday thanks to his pals at the Washington Post and the UK Guardian.

Snowden’s departure from Hong Kong was, for the left, rather inconvenient because it coincided with his being charged with espionage. And it was even more inopportune because the charges were filed on the same day President Obama promised to release “as much as possible” about the still-classified NSA surveillance programs.

Obama’s announcement brought giggles to those knowledgeable about the NSA’s workings. At least for a moment, because these people know that there has already been too much revealed. To them, Obama’s statement would have been just another empty political remark. “As much as possible,” to the experts, should be translated to mean “not another damned word.” With Obama, one can’t take that for granted, because his White House leaks whatever it likes whenever it deems the leak politically advantageous.

So far, with Snowden’s first round of leaks, we have seen an order of the Foreign Intelligence Surveillance Court directed at Verizon, requiring that it divulge the “metadata” for all of its 120 million customers. We also have descriptions of the “PRISM” program by which the emails and other electronic communications of some unknown number of non-U.S. persons are intercepted in order to gather intelligence on terrorist activities.

The second tranche of leaks is comprised of two NSA procedural documents, both marked “secret.” One describes how NSA targets people for intel gathering under “PRISM” and, presumably, other such programs. The other is the procedure used to minimize the improper acquisition of information, such as when a “U.S. person” has his information intercepted. (There are several other documents in this tranche, made up of an order of the FISA court and several certifications by people such as Eric Holder that their representations are truthful.)

Too much, too much. But there’s more. For the moment, the left seems less enamored of Little Eddie Snowden than it has been of late. Being charged with espionage is nothing any leftie would be ashamed of, but it’s a bit harder to explain how his departure for Russia, Cuba, and possibly Ecuador stacks up with their idea that he’s some sort of heroic whistleblower.

Without making too fine a point of it, Snowden is a punk, a thief, and comparable only to Bradley Manning, the Army private now being court-martialed for leaking hundreds of thousands of classified emails. Snowden, like Manning, stole the information he leaked. Like Manning, he inflicted — with malice aforethought — damage on his country. Manning apparently did it in protest of the burden inflicted on him — he’s a gay activist — by the army. Snowden, a 29-year-old employed by a contractor working for NSA, doesn’t even have that excuse.

There’s still no problem telling right from wrong here. Neither of these pusillanimous punks had the right to decide for himself what should be leaked or not. But that’s not enough to dissuade some on the left, including one Laura Donohue, a Georgetown Law professor who, to the university’s undying shame, directs the Georgetown Center on National Security and the Law.

In a Saturday op-ed, Mizz Donohue opines that the NSA’s surveillance programs not only violate the Fourth Amendment’s guarantee against unreasonable search and seizure, but they also gather “…millions of Americans’ emails, photographs and documents.”

According to Donohue, it’s also improper for Verizon to be ordered to give the government the metadata on its customers’ phone calls. She contends that the law is being abused, wholesale, in violation of the Constitution.

Apparently, Donohue has confused the NSA with the IRS. They are not hunting for Americans to oppress because of their politics or even their religion. If you read, for example, the NSA procedure on targeting individuals for interception of data, you’ll see that the NSA spends an enormous amount of time scurrying around and debating with its lawyers to avoid gathering data on the wrong person.

Most importantly, Donohue evidently doesn’t understand that it’s not “millions of Americans” who are having their emails read, it’s people who are: (a) not Americans; (b) are outside the U.S.; and (c) have evidenced some connection to terrorists or countries in which terrorists are located.

She also mistakes the law — the constitutional law — on the issue of metadata. As the Supreme Court has already ruled, you don’t own that data. The numbers you call or are called by, the duration of the call and in some cases where you and the person you talked to were located are recorded by the phone company. But you don’t own that data, so there’s no Fourth Amendment protection of it. The government can get as much of it as it desires, as long as it relates to some investigation.

First, Obama wants to have a debate about the gathering of intelligence, particularly by NSA and under the Foreign Intelligence Surveillance Act. Fine. We are having that debate now. Congress has gotten into the act and is having classified hearings with former members of the FISA court to see whether too much information is being gathered and whether the court is being too unquestioning of the government.

This is how democracy is supposed to work. It may not work under Obama, but there are some things — like the NSA’s actions — which have to be kept secret. Our vulnerabilities are too great if these matters are released to the public. And, if Congress does its job, we should have some level of confidence that it will oversee the NSA and the rest of the intelligence community to prevent abuse of FISA and the other laws governing intelligence gathering.

We don’t need — and shouldn’t have — more information divulged by the president or any member of his administration. Thanks to Little Eddie Snowden, we already know too much. Testifying about the NSA programs, NSA chief Gen. Keith Alexander said that our ability to gather intelligence on terrorists is damaged by Snowden’s leaks. Terrorists are changing the ways they communicate, which makes intel gathering harder. Maybe a lot harder.

A second bottom line is that there is a malodorous evolution of the debate on the legality and constitutionality of intelligence gathering methods. The left — including the U.S. arms of the radical Islamist community — is engaged in what is called “lawfare,” using U.S. law to prevent investigations, to claim discrimination where there isn’t any and otherwise use our constitutional principles and precedents against us. If that becomes the theme for litigation over intelligence gathering, what Sen. Frank Church did to the intelligence community in 1975-76 will pale in comparison to the damage that can be done by lawfare.

Last, and damned well not least, is the fact that although we must always protect ourselves from governmental overreach — in intelligence gathering as in everything else — the left needs to be asked a particular question every time we talk about further limiting intelligence gathering. The question is, “How much responsibility are you prepared to take for the next 9-11 attack?”

Our intelligence community isn’t perfect by a long shot. But they are a whole lot more trustworthy than most of the rest of our government, especially those who now occupy the White House.