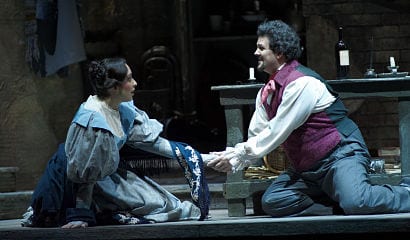 No longer might the opera singers of Tosca, La Boheme, and Rigoletto passionately sing of “amore.” Instead, in the future they may sing of “poliamore.” The English equivalent, “polyamory,” is a noun which means having more than one romantic relationship going on at one time with the agreement of everyone involved.

As Dennis Byrne eloquently suggests in the Chicago Tribune, the recent Supreme Court decision supporting equality for same-sex partners may give rise to legalization of other unconventional structures such as polyamory. The Court’s ruling has of course been met by many in the country with jubilation and relief. And with reference to Justice Anthony Kennedy’s majority opinion and thinking of the future, Mr. Byrne wisely notes, “What is so sacred about a couple?”

Accordingly, it might be wise to ponder what other hypothetical unions could look like, just so there are no surprises and both Red States and Blue states and rest of the world are well-prepared. There are several possibilities.

First, it is conceivable that in certain states which test the envelope on social matters, vast numbers of iconoclastic individuals of both sexes might seek to marry in large groups. Indeed, in towns and cities, spirited residents might seek hundreds, even thousands of collective marital unions to demonstrate their solidarity and simple humanity. It would be a blessing for lawyers, now in a consolidating profession, to create interconnected and complicated documentation for the distribution of personal property upon death. It would give new meaning to the expression, “reach out,” now made even easier through digital communications and social media, with throngs of people joyfully reaching out and others ecstatically reaching back, real time. Such group marriages could be accomplished on line in the interest of efficiency, with high-speed electronic transmissions validating innermost feelings. Participants in chat rooms might seek collective union, as well as those recipients of tweets from their favorite politicians. In theory, a polyamory entity could embrace millions as they embrace each other — all Republicans could marry each other, as could all Democrats.

Initially, the impetus for polyamory may come from the narcissistic but enlightened enclaves of California, which has been a social harbinger for decades. The liberal Pacific Northwest could soon follow, and then other switched on geographies of the East Coast. Marital groups could form on the basis of deliberate diversity, or by common interests. For example, patrons of Apple, Groupon, or Ralph Lauren — or those preferring oaky chardonnay — might seek to marry along consumer lines. While this might be viewed as exclusive or elitist, it would theoretically be sanctioned by law.

Second, and with evolution, polyamory could support the union of nations as the world continues to become smaller and smaller, due to technology, travel, trade and investment, and the flight of ideas and sentiments, propelled across borders in high-speed electromagnetic waves. Canada, the United States and Mexico would be logical candidates for transnational marriage, validating the philosophy of NAFTA. Similar cross border European marriages between and among nations would support the principles of the euro zone and would add marital union to monetary union. Through closer and closer ties of European ethnicities, it is plausible that one common language could evolve, further enhancing the notion of what it means to be a European. Other geographic marriages might ensue, with those passions perhaps reversing the forces of continental drift over the ages. The UN could be rendered obsolete, since disputes would be settled in a marital fashion without the need of a General Assembly. Militaries and defense budgets might shrink, as citizens cry out, “Marital, not martial.”

Third, it is no secret that under the law, corporations are entities that are considered to be persons, having certain rights like people do. For example, corporations may own property and sign contracts, just like individuals. It follows that something deemed a person also has feelings. It could be that corporate marriages would supersede the need for mergers and acquisitions, the latter having calculated market, cost or tax advantages — as a more personal face of private enterprise emerges.

There are many known unknowns out there, and the future of unions will not be without controversy. In any event, Italian opera may never be the same.