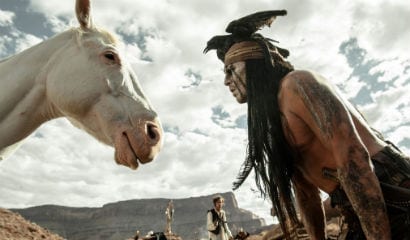 Iron Man 3 and The Lone Ranger are recent Hollywood films—which is to say, major capitalist undertakings—that feature one of Hollywood’s favorite stereotypes: evil capitalists. In Iron Man 3, (spoiler alert) the real arch villain turns out to be the evil techno-capitalist, not the Middle-Eastern terrorist. And in The Lone Ranger, the capitalist villain behaves like your average captain of industry: he wipes out an Indian tribe for silver and shoots a fellow businessman in cold blood as part of a hostile takeover. You know, just another day at the office in corporate America.

Now onto what capitalism is and isn’t. Capitalism is an economic system characterized by private (rather than state) ownership of businesses, a system where investments are determined by private decision, and where prices, production, and the distribution of goods and services are determined mainly by free choices in a free market overseen by the rule of law and stable property rights. In cultural terms, most of us are what you might call functional capitalists. At least when we’re not wrestling with theoretical abstractions, we buy, sell, trade, invest, donate; and we much prefer to do so free from the dictates of one or more government bureaucrats.

Widespread capitalism first arose in the Christian West, beginning in the city states of medieval northern Italy and spreading from there throughout Europe, taking particularly strong root among the Dutch and English. Christianity doesn’t entail any one particular economic system, and capitalism doesn’t require a Christian culture. At the same time, though, both Christian and non-Christian historians have explained capitalism’s origin in the Christianized West by pointing to the Judeo-Christian tradition’s commitment to property rights and transcendent morality, to its idea of humans as creative stewards made in the image of a rational, creative God, and to its view of history, which is linear and forward-looking rather than circular and fatalistic.

Capitalism is distinct from government ownership of the means of production (socialism), and from the lawless jungle of anarchy. Capitalism thus makes room for laws protecting people from what economists call negative externalities (e.g., toxic dumping) and is, by definition, characterized by laws against things like theft, fraud and violence. Capitalism also can be distinguished from another economic system it is sometimes mistaken for: government-corporate cronyism. Corporatist economies, in which the rich and well-connected are the only ones who enjoy true economic freedom, tend to stagnate, leaving the poor trapped in poverty. By contrast, capitalist economies marked by property rights, rule of law, and freedom of association and exchange for rich and poor alike tend to move forward economically.

Capitalism is often confused with consumerism, since it’s good at producing goods; but consumerism is actually antithetical to capitalism in the long run, since consumerist cultures lack the virtues of thrift and long-term thinking essential to a healthy capitalism. Capitalist economies require capital and enterprise, and thus require a measure of discipline, savings, courage and investment among its citizens. It’s true that capitalism can and does channel greed into socially beneficial activities—for example, the business owner who, caring only about money, strives to serve his customers in order to increase sales and make more money. However, greed isn’t necessary to capitalist enterprise, since entrepreneurs may be motivated by other things, such as a drive to create something new, or a wholesome desire to provide for their families and contribute to the communities that nurtured them.

Somewhat amusingly, the term “capitalism” was actually popularized by the socialist political theorist Friedrich Engels to call attention to the role in free economies that ownership of the means of production plays in creating certain opportunities for the ownership class and not for others. But the history of truly free economies has actually been that of workers moving into the ownership class at an unprecedented rate.

Capital is an important component in the free enterprise system, but Karl Marx and Friedrich Engels’s philosophical materialism seems to have led them to overemphasize its role in wealth creation. Thus, many contemporary economists prefer instead talk about the “free economy” or the “free enterprise system,” since these terms place the focus on the animate source of wealth creation in capitalist economies—the wealth-creating enterprise of creative entrepreneurs seeking new and better ways to deliver goods and services in a free market of buyers and sellers.

As for The Lone Ranger’s Tonto and the Native Americans for which he is a stand-in, America’s great sin against them wasn’t that they were offered capitalism. It’s that they were instead subject to the enervating socialism of the reservation system. There is much more to that complex, tragic story, of course, but part of understanding it is understanding the essence of free enterprise—otherwise known by the dirtiest word in Hollywood: capitalism.