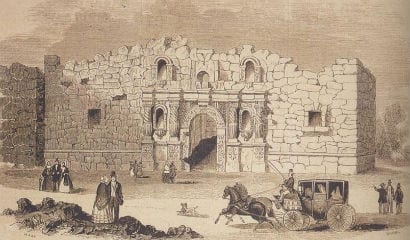 President Obama wants to turn Texas blue, and eliminate the Republican Party in the process.

Nothing to see here, right? Well, don’t be so sure.

Forget the Alamo—there’s a new battle afoot in Texas and it will determine the state’s political future, and our nation’s. President Obama’s highly effective campaign team has reapportioned resources from Ohio and Florida, and declared war on this Republican stronghold. A growing demographic divide puts the state in play. The scheme’s been dubbed “Battleground Texas” and the plan is simple: turn Texas purple, then blue, by spending big bucks on a growing demographic divide.

If you hear echoes of Obama’s campaign strategy, your ears are working just fine. In every battleground state, the president’s campaign staff increased the electorate by registering likely Democratic voters, particularly core Obama supporters like minorities, unmarried women, and Millennials.

Grassroots voices are already changing this country on a scale that was unheard of just a few years ago, and that kind of organization and that kind of local activism can and also will change Texas. Now is the time to act. Texas is ready, and we’re ready, and you’re ready… and together we will make Texas count.

The plan hinges on an existing demographic advantage that will only grow with time. The numbers are stark. 9.5 million Latinos comprise 38 percent of the population, only 4.2 million are eligible to vote, and only half of those show up on Election Day. As far as Bird is concerned, the Democrats are leaving millions of votes on the table. In 2012, Team Obama successfully turned out core supporters by registering new voters, offering transportation to the polls, and emphasizing early votes. Battleground Texas will offer more of the same, and capitalize on untapped constituencies.

Still, you might be saying to yourself, “Good luck with that. The Republicans have controlled the governorship for 18 years, one year less than they’ve held both Senate seats. You want votes in Texas? ΜΟΛΩΝ ΛΑΒΕ. Come and take them.”

Not too long ago, folks we’re saying the same thing about Colorado. Think back to 2004. Back then, the Republican Party owned a registration advantage of nearly 200,000 voters. Governor Bill Owens was hailed by the National Review as “The Best Governor in America.” The GOP controlled every level of government. Alan Phillip, former director for the Colorado Republican Party recalls, “We controlled everything but the courts. Nobody seriously thought Colorado was anything but a right-leaning state.”

Perhaps you’ve heard of the “Colorado Model.” It’s been discussed in political circles since Fred Barnes forecast the strategy in the Weekly Standard before the 2008 landslide. More recently, Adam Schrager and Rob Witwer’s widely-read account—The Blueprint: How the Democrats Won Colorado (and Why Republicans Everywhere Should Care)—offered a blunt explanation of the state’s remarkable political transformation:

[In 2004] Republicans held both U.S. Senate seats, five of seven congressional seats, the governor’s mansion, the secretary of state’s and treasurer’s offices, and both houses of the state legislature… On Election Day in 2008, the opposite would be true.

The project was bankrolled by a so-called “Gang of Four.” Wealthy donors—Rutt Bridges, Tim Gill, Jared Polis, and Pat Stryker—gathered sufficient political motivation and resources to privatize, and organize, party mechanics, in state. They imposed discipline, coordinated efforts, and achieved objectives, winning state legislative races that were up for grabs.

At the time, Colorado Republicans busy debating against themselves. The disintegration began in 2005 when the state GOP split on preserving the Taxpayer Bill of Rights, also known as “TABOR.” Conservatives in the state legislature found themselves outnumbered by Governor Owens’ establishment loyalists who’d planned elimination of tax relief to pay for costly education and transportation initiatives.

The issue fractured the Colorado GOP. It undercut party unity at a moment of Democratic resolve, stripping the party of its conservative bona fides, while alerting every taxpayer that politics came before principle.

Meanwhile, the Left rallied to a common cause. Rob Stein, the Democratic operative who helped pitch the “Colorado Model,” explained the Democratic revolution at his moment of victory in 2008:

“There has never, in the history of progressivedom [sic], been a clearer, more strategic, more focused, more disciplined, better financed group of institutions operating at the state and national level.”

Jeremy Bird and Battleground Texas cannot be underestimated. They own the most highly personalized, quantitative, and data-intensive campaign machinery ever imagined—all the bells and whistles that helped Obama scoop up swing-states in 2012. They’ll find the votes, and they’ll turn them out.

To borrow the maxim, conservatives should recognize a couple certainties, “death and Texas.” The GOP is not a national brand the Lone Star State.

Wealthy liberal donors are lining up to contribute. Battleground Texas already boasts an annual budget of $10 million, and while rumors of “Soros!” swirl, much of the cash has been contributed by Houstonian, Steve Mostyn, a wealthy plaintiff’s attorney and former chair of the Texas Trial Lawyers Association. He and his wife have given some $25 million to Democratic candidates in the last two cycles. Now think about how much he’ll spend on his passion project.

We already know where the money will be spent. Texas has the second largest Latino population in the country, but the state ranks seventeenth in its share of eligible Latino voters. Battleground Texas is already recruiting new voters—many of them are young Latinos who support Democratic candidates at a higher rate than their parents’ generation. If they enlist even a fraction of the millions of unregistered Latinos who will vote Democrat, Republican control will vanish—it’s not a question of “if” but “when.”

Of course, people don’t listen when you tell them Obama wants to expand the map where the GOP is winning statewide elections by nearly 20 points. For his part, Governor Rick Perry has described Battleground Texas as “the biggest pipedream I’ve ever heard.”

But taken together, we should understand this challenge as a perfect storm for the GOP—a demographic shift fused with the Grand Old Problem of winning young and minority voters. When the Republican establishment finds itself on the defensive, its response often alienates rather than includes.

To be very clear, I don’t sleep sounder knowing the RNC is ready to flash cash without a plan in place.

One Texan who understands the threat is Sen. Ted Cruz. In a post-election interview with the New Yorker regarding the political calculus of immigration, he put it plainly:

In not too many years, Texas could switch from being all Republican to all Democrat. If that happens, no Republican will ever again win the White House. New York and California are, for the foreseeable future, unalterably Democrat. If Texas turns bright blue, the Electoral College math is simple. We won’t be talking about Ohio, we won’t be talking about Florida or Virginia, because it won’t matter. If Texas is bright blue, you can’t get to 270 electoral votes. The Republican Party would cease to exist. We would become like the Whig Party. Our kids and grandkids would study how this used to be a national political party. ‘They had Conventions, they nominated Presidential candidates… They don’t exist anymore.’ (emphasis added–RS)

One hopes he hasn’t already penned the obituary.