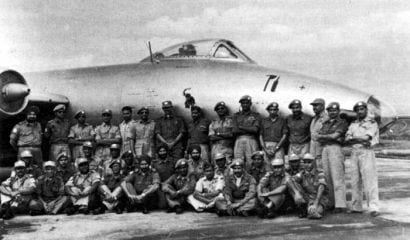 Once again the United Nations is going to assign combat troops of participating countries to duty in the Democratic Republic of the Congo. This is part of the continuing Congo debacle that began in July 1960 when the newly formed independent central government couldn’t put down the mutiny of its own elite Force Publique and requested UN military aid. The United Nations forces dribbled in slowly through the fall from around the world, much to the chagrin of their headquarters in New York City. A great deal has gone on since then, but little has changed. That first UN invasion was by all reports something to behold.

The scenes of various national troops arriving and departing were always a crowd gatherer. Foreign journalists were in the forefront of the onlookers judging the quality of the soldiers. Most of the units had no combat experience, though some had public information officers extolling their virtues. The Swedish contingent wore sky blue kerchiefs appropriate to their new non-combat assignment. Their General van Horne later would explain his proud collection of medals to the irrepressible Daily Express correspondent, Cliff Luton. How he had achieved these decorations in an army that had not fought in generations was Luton’s sly aim. (Apparently the Germans doled them out for excellent neutrality during World War II.)

The Indonesian regiment was clearly the most combat ready – at least judging from their well-tailored camouflage uniforms. Word was that the regiment had been generously donated for the Congo operation by the Jakarta government because its president wasn’t sure which way these troops would jump if another coup occurred. The Indonesians were quickly shipped up north on the Congo River and proceeded to scatter every Congolese in sight. Some actually were bad guys. The Jakarta government obviously had made a wise decision.

The Nigerian Police, well trained by the British over the years of colonialism, stood out in their starched Bermuda shorts and matching shirts. They very soon halted break-ins of  abandoned villas and the dangerous crowd demonstrations of all political character. English-speaking, the Nigerians loved to correct the behavior of their West African “brothers” in the Ghanaian Army who had been assigned to guard major buildings but chose to lounge against the walls.

The Pakistani and Indian contingents were kept far away from each other – just in case. Many of both countries’ more senior officers had known each other from military academy days under the British. They did a good job of pretending they were from other worlds. They would meet by accident at some Brit celebration and the demeanor would be all appropriately cordial and distinctly pukka.

Snapshots of other UN troops included the unit from Guinea on its way back to Conakry by ship loading their stolen refrigerators, toilets, and other “liberated” household equipment on board. Over in the eastern breakaway province of Katanga, a battalion of Katangese soldiers fled in front of a company of kukri-wielding Gurkhas charging across an Elizabethville golf course after the latter had waited patiently for hours under heavy mortar fire while New York decided what to do. Meanwhile, other UN contingents performed with varying degrees of heroism or embarrassment.

The Congo did then and does now produce unusual occurrences of every type. Traveling celebrities drop in to view aid programs and end up in sumptuous dinners hosted by ranking UN, Congo government, and foreign mission heads. The people in the urban slums and often impoverished villages struggle with the basics of life. Security really remains only for the better off and rarely reaches beyond the major cities.

These days the long term rebellion by the Tutsi-led terrorist group, M-23, has finally been recognized by the UN as an insurgent movement capable of overrunning the entire eastern Congo. A combat brigade made up of troops from Malawi, Tanzania, and South Africa has been designated to physically counter the rebels. The question is why these countries were chosen to enter into combat rather than the traditional United Nations’ methodology of avoiding direct confrontation in favor of merely “establishing a presence.”

To fight M-23, a force of 1,500 originally was decided as adequate. That figure has now risen to 3,000. The South Africans are clearly unhappy with the makeup of the combat force. They think they can and should handle the fighting job themselves, with the other two national entities in support. They openly object to a Tanzanian general as brigade commander and don’t much care either for the Brazilian general who is the overall military chief in Congo. This little political fracas is going on while the existing UN peacekeeping units — geared to avoid fighting if at all possible — number 19,000 and have cost $10 billion since 1999 for what is referred to in accounting terms as “overall countering of violence.”

The combat brigade is not scheduled to be action-ready until this September. It appears no one is rushing into this offensive, including M-23, which has repeated its suggestion that peace talks should be begun again in Uganda. Only the badly disciplined, but still aggressive, regular Congolese Army wants to get at the rebels. Apparently this is a desire to avenge their earlier embarrassing defeat in being temporarily ousted by the rebels from the major city of Goma.

It’s hard to believe that all this has been going on in the Congo in one form or another since July 1960. There is a lesson here that no one seems to have learned!