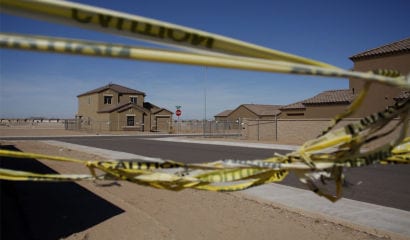 Denizens of the Rust Belt are probably convinced the American city is hopelessly, irreparably lost. Detroit probably is irreparably lost. Now in bankruptcy, with an unemployment rate of 18.2 percent and a median household income of $25,193, it would take an act of God to turn the city around. And God, like everyone else, seems to have abandoned the Motor City.

If, however, you happen to live in Portland (either of them), Minneapolis, Seattle, San Antonio, San Francisco, or Houston, where populations are booming, median household incomes are rising, and unemployment is falling, you would be justified in thinking the city is back.

More likely, though, the truth is somewhere in between. The truth is like Kansas City, whose 7.6 percent unemployment rate, $43,810 median household income, and recent modest gains in population seem to suggest the worst may be over. Maybe.

THE FACT THAT some cities are holding their own is bad news for the suburbs. Headlines suggesting “The Suburbs Are Dead” are no longer just Utne Reader-ish wishful thinking. The ’burbs are now home to the largest and fastest-growing poor population in the country, according to a new book on suburban decline, The End of the Suburbs: Where the American Dream Is Moving. Though, again, location is everything. Rust Belt suburbs continue to sprawl to their hearts content, but elsewhere the pockets of economical, 1960s ranch houses seem less and less desirable, particularly to an aging population. Experts tout several reasons for this.

First, suburbia was created for the nuclear family, a quaint form of family structure you may remember from old black and white television shows. The suburbs, like the nuclear family it seems, are going the way of mom and pop diners, drive-in theaters, and car hops.

Second, the suburbs were once largely populated by well-paid laborers in the steel, automotive, and manufacturing industries. As these industries tanked or moved overseas, the overall prosperity of older, middle class suburbs has diminished markedly.

Third, as cities continue their downward spiral more of the underclass has moved to the older, inner-ring suburbs. With an aging population and the popularity of retirement communities, there is now a surplus of suburban housing; some of these homes end up as rental properties for poor people who in the past would never have dreamed of living in suburbia. (Though the lack of public transportation and unskilled jobs often turns this dream into a nightmare.) Not surprisingly these areas have begun to experience the crime and poverty long associated with the inner cities. This, in turn, forces the suburban middle class either farther out to the exurbs or back to middle-class enclaves in the city.

Screw it, you say. I’ll move to the country. There, if nothing else, I can escape crime and poverty.

To quote Hemingway, isn’t it pretty to think so? The fact is rural poverty has always been higher than urban poverty and it remains so today.

Fine, you say. I will move to one of those rural subdivisions that seem to just pop up in the middle of nowhere.

Rural suburbs are a popular choice for those who can make it work. But there is not a whole lot of call for MBAs and patent attorneys in rural America. And rural areas only need so many bed and breakfasts.

If, however, you are determined that a rural suburb is in your future, a word of caution from a colleague of mine. Shortly before my recent move to a small country town, a co-worker, whose sister lives in the same town, gave me this warning: “Better keep your doors and windows locked and I would get a house alarm,” she advised. “The meth heads know when you are home and when you are gone and they will strip your house bare.”

City, suburb, country, no place is immune to poverty and crime. Eventually, we will have to stop running and address the culture of poverty head on.