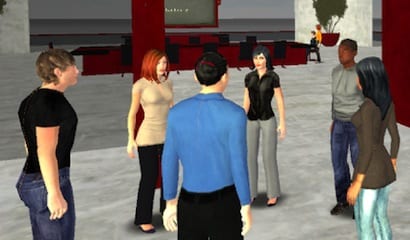 After the last couple of elections, it’s become clear that the greatest challenge for conservatives is taking back the culture. One of the greatest obstacles to this lies in our universities, which have been taken over by their politically correct faculty members. The solution will come from new technologies, and a classical curriculum, such as that offered by a newly launched school, LibertasU.

Two models dominate American higher education, and both are broken. The first is the hugely expensive bricks-and-mortar university, which drives parents to take out second mortgages to pay for their child’s tuition and which, without teaching him anything much of value, indoctrinates him in a sloppy anti-religious leftism. The second are the conventional, asynchronous (not real-time) online programs being adopted by many of these same institutions as a means of reducing costs.

While asynchronous courses are less expensive, they don’t include the crucially important real-time exchange of ideas. What’s also missing are the opportunities for informal discussion, pre- and post-class, so important not only to the learning process but also to the ability to share ideas with fellow students.

The first model has serious problems, which the second model can’t fix without creating those of its own. This leaves us with a tremendous hole in higher education, a hole that LibertasU proposes to fill with online courses given in the classical tradition, with a real-time exchange and debate of ideas, and with ample opportunity for informal discussion.

Unlike a bricks-and-mortar school, LibertasU exists exclusively on the web, which means it eliminates all the costs of operating a standard, physical campus, to say nothing of the enormous waste on administrative expenses. This translates into lower tuition and also provides students, no matter what their age or where they are, the opportunity to study with first-rate educators who, themselves, can be located anywhere in the world.

Teachers and students are present at the same time in scheduled classes which are held in immersive virtual reality environments where each person assumes a body or avatar and is able to walk around, raise their hand to speak, and interact with others, in a group setting. People report the experience to be “just like being there,” without the cost and disruption associated with travel to a bricks-and-mortar classroom. The courses are readily available to anyone with a computer and Internet connection.

University level courses should stretch students, and expand their knowledge of the Western canon. To that end, LibertasU’s first set of offerings, beginning September 9th of this year, will include the following courses:

•  Modern Political Philosophy: Machiavelli’s The Prince – to be given by Thomas Lindsay (Director of the Texas Public Policy Foundation’s Center for Higher Education, former president of Shimer College, “the Great Books College of Chicago”).

• Dante: Divine Comedy, Divine Spirituality: The Inferno – Part 1 of a three part series to be given by Robert Royal (founder and president of the Faith & Reason Institute in Washington, D.C. and editor-in-chief of The Catholic Thing).

• The Enemy Within: The Portrayal of Espionage and Subversion in the Contemporary Popular Culture – to be given by James Bowman (resident scholar at the Ethics and Public Policy Center in Washington, and The American Spectator’s movie and culture critic).

• Shakespeare’s British Monarchy: Justice and Statecraft in Richard II, Henry IV, and Henry V – to be given by John Alvis (professor of English and director of American Studies at the University of Dallas, where he has taught since 1969).

The school’s Dean is Roger Scruton, one of the leading conservative intellectuals of our time, who will offer a course on conservative thought in a subsequent session.

These kinds of courses, and many more like them, aren’t suitable for conventional online delivery. Reviewing such material on one’s own, without being able to discuss and debate ideas in real time, simply doesn’t work.

That’s why the future of higher education, especially for conservatives, lies with the mixture of cutting-edge technology, first-rate teachers, and classical courses of the kind offered by LibertasU.