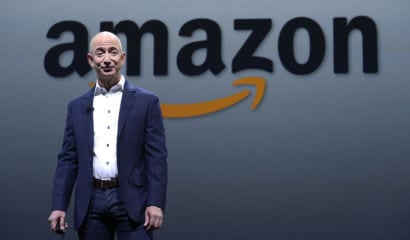 It all started out so innocently. I just wanted to buy a portable CD player online. It needed to be small, without ear buds or headphones, because I listen in bed until drifting off to sleep to the sound of old musicals and old radio shows. My tiny Radio Shack tape machine is ideal, but high-tech dictators decreed the death of tape cassettes 15 years ago.

So I ordered a nifty-looking little Jensen CD player and radio from Amazon, which is when the agony began. I installed four batteries, slipped in a CD disk and pushed play, but “err” was all I got. I tried again, again, again. Surely I was doing something wrong, but no. After a high-tech friend also couldn’t make it work, I called Amazon and was told to ship back the errant item at no cost and they would send me a new one.

When the next alleged Jensen CD player arrived, it actually played (surprise!) — but after two weeks it went silent. I was back to “err” on the display window. Yet again I called Amazon and was told to send the CD player back and they would send me yet a second replacement.

The third Jensen CD player also arrived DOA. I had a long discussion with a Jensen tech support woman who suggested I try using the adaptor even though the player had four new batteries. The CD played a few days and then conked out, right on schedule, never to be heard from again. No item I’ve ever bought from a store has failed three times, but at least in a brick-and-mortar store you can scream at somebody. Jensen has no store, nor even a customer service number on its website. I was rendered as mute as my CD player, stranded in Amazon’s darkest online jungle.

After I gave up on Jensen in disgust, I ordered an Emerson CD player from Amazon. If Emerson couldn’t make a decent CD player, by god, nobody could, I grumbled. The Emerson CD player arrived last week, I put in $10 worth of six batteries (two more than the Jensen unit required), popped in a disk, pushed “play” and the disk whirled around and stopped dead. I seemed to be trapped in a Kafkaesque tale.

I pressed “play” many times and nothing happened except two hyphen marks in the display window. I plugged in the cord — still not a peep, not even an “err” alert. The disk spun one way, then the other, and finally stopped cold after whirling around for 30 seconds. The radio function worked fine, as had the Jensen AM/FM radio component. It’s their wretched portable CD players you need to work on so you can actually play CDs.

I called Amazon customer service and a guy asked me for the name of the company that shipped the player — Carol’s Smart Mart, it read on the carton. “Do you have a number for them I can call?” I asked the Amazon guy, for there is no such number on the Smart Mart website, just FAQs and many more irrelevant matters to entertain consumers. My tech adviser buddy (and founder of two software companies) fiddled with the Emerson for five minutes and declared, “Clearly this is a piece of crap.”

The guy at Amazon told me that some companies — companies Amazon deals with regularly — “refurbish” old CD players (and God knows what else) and reship them as new, which he suggested is what likely happened in my sorry case — not once but four times. He said to return the Emerson player and Amazon would credit my account. I’ve begun to wonder if Amazon returns outnumber their sales. I’ve never had a problem with books or CDs ordered from Amazon. The books always work fine — the pages turn and everything — and all the disks are audible on my home or car CD player.

Meanwhile I have gone through four malfunctioning portable CD players from two major electronic companies and am still without one that plays. Perhaps Jensen and Emerson are in cahoots, I muttered. Maybe neither company exists. I’ve conjured up various conspiracy theories, but surely I can’t be the only online shopper to be scammed four times, nearly reduced to flinging the recalcitrant CD players against the wall.

So where is Ralph Nader when we really need him? If my experience is any clue, it appears that the online scam level (in portable CD players at least) is scandalously high, and that this might just be the tip of the e-shopping iceberg. 60 Minutes or Frontline needs to get on this — a cyber version of Florida swampland. You buy something on line, it doesn’t work, and suddenly you’re adrift, unable to do anything but wrap it up again, schlep to the UPS store, and ship it back. Ralph Nader is retired and I don’t have time to become a consumer advocate. I’m too busy sending back junky CD players.

This discouraging adventure seems to symbolize the modern cyber consumer cycle in some way. You’re miraculously able to shop and purchase almost anything in the world on line without leaving your chair. The item arrives in a week. But if it fails to work you are totally stranded with nowhere to turn. End of modern online miracle.

Maybe someone at Amazon, Jensen, Emerson or Carol’s Smart Mart can figure this out and get back to me. I’d call Jeffery Bezos myself, but he’s preoccupied saving the Washington Post right now. I hope that works better than the four CD players I ordered from him.