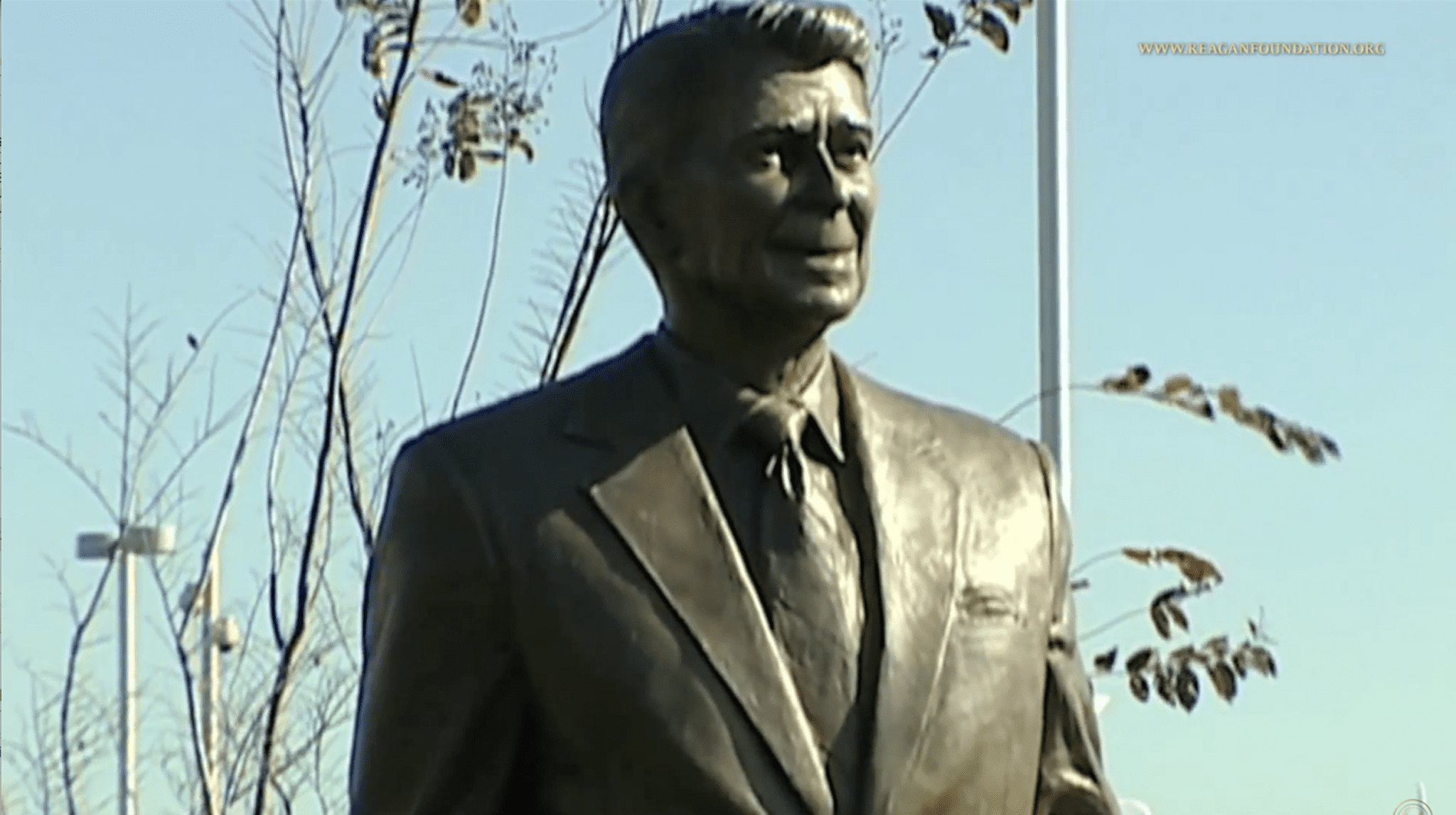 Thanks to Joe Concha at Mediaite (hat tip to Lucianne), we’ve been reminded that longtime Washington Post reporter Lois Romano’s snideness toward Nancy Reagan continued even after Mrs. Reagan’s death this week. Old habits die hard. Who can forget the shots failed Reagan biographer Edmund Morris took at Mrs. Reagan in 2002 in the Washington Post’s pages, all because he didn’t like the idea of National Airport being renamed for her husband. Reagan was too ill to be attacked directly. So Morris attacked his devoted wife instead in a mocking op-ed. And the Post saw it fit to print. Here’s how we reacted to that, in a piece originally subtitled, “Three years after his titanic failure as Reagan biographer, [Edmund Morris] thinks playing to the anti-Reagan crowd will repair his silly reputation.”

Last season “The Sopranos” ran a nice little commentary on the American zeitgeist: There in the park the Sopranos’ East European cleaning woman was having a picnic lunch with her emigrant husband. In between bites she started quizzing him for his upcoming citizenship exam. The only problem was, whether she asked him for the name of our first or sixteenth or current president, his answer was always dismissively the same: Marteen Lootter Keeng.

The episode came to mind when I read about the latest contretemps involved in getting Ronald Reagan’s name onto the Metro station signs at Reagan National Airport. Would there have been any resistance at all to changing those signs if the airport in question were Martin Luther King National Airport?

Now that we have that out of the way, how cleverly opportunistic of disgraced Reagan biographer Edmund Morris to compound his ill repute by penning an op-ed for the Washington Post that could only appeal to the snoots who always mocked the case for Reagan, whether against Metro or against the Kremlin. “Metro officials have been forced to spend $400,000 on a new series of signs,” he writes, without noting this was significantly less than what somebody was forced to pay him for his useless semi-fictional biography of the man.

But his real purpose isn’t even to make fun of the ailing president he’s always professed to admire. It wouldn’t be gentlemanly, now, would it, to pick on a 91-year-old Alzheimer’s patient, and by all accounts Edmund Morris has always been the perfect gentleman. So instead he goes after what he considers fair game: the woman who for many years now has been caring for the former president in what even the most cold-hearted anti-Reaganite would describe as a heart-rending example of marital devotion.

You have to wonder if Edmund Morris is all there. What self-respecting writer would drag the long-suffering and very elderly Nancy Reagan into kicking distance and proceed to ridicule her? This Morris does by suggesting the various ways her name could also be attached to the National Airport moniker. In so doing, he reminds the world that her maiden name was not really that of her stepfather — hint, hint, she may be been illegitimate — so that the name he finally comes up with may be more accurate, reflecting as it does not only her low background but also her pre-Hollywood identity. Here, then, is his idea of an appropriate name: “Ronald and Anne Frances Robbins Nancy Davis Reagan Washington National Airport.” Have you forgotten to laugh?

Over the years Morris has let it be known on more than one occasion that he had little use for Nancy. For a time he seemed to blame his own failure as Reagan biographer on her as well. Now he revives all the old themes of insecurity and coldness that critics loved to attribute to her. As a final mark of his fall Morris even resorts to calling gossip retailer Kitty Kelley “Mrs. Reagan’s biographer.” And he drags in Ronald Reagan’s first wife, Jane Wyman, and insists on “taking into account her own adoptive and marital self-transformations,” so that his jokey name for National Airport can grow even longer.

Yes, Edmund Morris is a clever fellow, but not clever enough to count his blessings. Imagine what he’d look like if Nancy Reagan ever responded in kind. Alas, she’s too classy to give us that satisfaction.