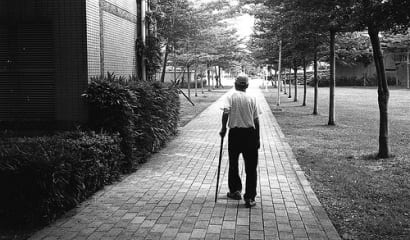 Fundamental, structural, entitlement reforms, proven to work in the real world, would provide far better benefits for seniors and the poor, while slashing future entitlement spending. Indeed, over the long run, such reforms could reduce federal spending by half as a percent of GDP.

“Structural” reform means changing the way the programs operate. As I explain below, future federal spending would be reduced far more through such structural reforms than by trying to cut future benefits for seniors and the poor (which will never be politically feasible anyway).

The new modern entitlements work far better because, instead of old-fashioned, counterproductive, tax and redistribution, they rely on modern capital and labor markets to provide most of the benefits (dramatically reducing future federal spending in the process). They involve pro-growth incentives for the poor to work, and working people to save and invest for retirement, contributing to economic growth and prosperity for all, rather than dragging the economy down through tax and redistribution. Call it the “supply side” safety net.

Conservatives can win promoting such modern, supply-side, entitlement reform, with broad, enthusiastic, majority public support. They may even be able to start enacting some of the reforms in the next four years. But at a minimum, they can start public education and organization now to promote such reform, and lay the groundwork for winning future elections on this basis. And this is how conservatives and Republicans should discuss entitlement reform in the upcoming debt limit/government shutdown battles with President Obama and the Democrats.

Block Grant Welfare to the States
Conservatives already achieved enormous success with fundamental, structural reform of one federal entitlement program – the old, New Deal, Aid to Families with Dependent Children (AFDC) program. That reform was ultimately enacted in 1996 with broad, bipartisan majorities, and even signed by a Democrat President.

Under the reform, the share of federal spending for AFDC was provided to each state in the form of a “block grant.” Each state then used those funds to finance a redesigned welfare program based on a work requirement for the able-bodied. Federal funding for AFDC previously was based on a matching formula, with the federal government giving more to each state the more it spent on the program, effectively paying the states to spend more. The key to the 1996 reforms was that the new block grants to each state were finite, not matching, so the federal funding did not vary with the amount the state spent. If a state’s new program cost more, the state had to pay the extra costs itself. If the program cost less, the state could keep the savings. That transformed the incentives for the state bureaucrats administering the programs to get people out to work, rather than promote dependency.

Yet, the incomes of the families formerly on the program rose by 25%, and poverty among those families plummeted, because of the increased work by the former welfare dependents.

The same reforms can and should be extended to all of the remaining, nearly 200, federal means-tested welfare programs, including the biggest ones such as Medicaid and food stamps. That would achieve the ultimate dream of Reagan and Carleson, sending welfare back to the states.

The best estimate of the total current cost of all federal, means-tested, welfare programs is more than $10 trillion over the next 10 years. All of that would ideally be sent back to the states. Extrapolating from the AFDC experience, the savings from maximally extending such reforms would amount at least to $4 trillion in the first 10 years alone, and maybe much more depending on state policies. CBO estimated that the 10 year savings from block granting Medicaid alone as House Budget Committee Chairman Paul Ryan proposed in his 2013 budget would be nearly $1 trillion.

Yet, again based on the experience with the 1996 reform, work and incomes among the dependent poor would rise sharply, and poverty would plummet. As a result, instead of taxpayers paying the bottom 20% of income earners not to work, as today, private employers would pay the bottom 20% to work, and contribute to the economy. The states could even transform the whole welfare system into a work safety net, providing benefits only in return for work first.

Patient Power Instead of Obamacare
Obamacare just blindly added to the excessive entitlement burden, creating or expanding 3 entitlement programs. That includes expanding Medicaid to nearly 100 million Americans by 2021, according to CBO.

Yet, because Medicaid pays doctors and hospitals only 60% or less of costs for their health services, the poor, particularly the most sick, face grave difficulties in obtaining timely and essential health care through Medicaid, and suffer worse health outcomes as a result. Medicaid would work far better for the poor if it were sent back to the states through block grants as above, and the states granted the poor vouchers they could use to pay for private insurance coverage of their choice. Private insurance has to pay doctors and hospitals enough to assure timely and effective care, or else customers would flee elsewhere.

States could also be freed to use part of those block grant funds for high risk pools, where the uninsured who had become too sick to buy market health insurance for the first time, could be assured of guaranteed coverage, without destroying the health insurance markets for everyone else (as Obamacare threatens to do). Those covered by the pool would be charged what they could manage, with the pool subsidized by public funds to the extent necessary. Similar risk pools already exist in over 30 states, and for the most part they work well at relatively little cost to the taxpayers because only about 1% to 2% actually become truly uninsurable in the private market.

Federal law even before Obamacare provided for guaranteed renewability, which ensures that those with health insurance cannot be canceled or charged discriminatory rate increases as long as they continue to pay the premiums.

Therefore, these reforms altogether would provide a complete health care safety net, assuring health care for all (unlike Obamacare, which CBO estimates would still leave 30 million uninsured after 10 years). Those who have insurance would be assured of keeping it, those too poor to buy it would be given the necessary help to get it, and those who nevertheless remain uninsured and then become too sick to buy it could obtain coverage in the High Risk pools. Yet, these reforms could reduce federal spending over the next 10 years by close to $2 trillion or more, by replacing Obamacare with these Patient Power reforms.

Personal Account Prosperity
All of the retirement benefits financed today through the payroll tax could be financed instead through personal savings, investment, and insurance accounts. That includes Social Security and Medicare.

Because long-term, market investment returns are so much higher than what can be paid through these current, non-invested, tax and redistribution programs, future retirees would actually enjoy much higher benefits through such reforms. At the same time, they would be contributing mighty rivers of savings and investment to the economy that would promote booming economic growth.

But the long-run result would be the greatest reduction in government spending in world history, as the benefits would ultimately be moved entirely from the public sector to market financing.

If workers were freed to choose to save and invest what they and their employers would otherwise pay in such payroll taxes into personal savings, investment, and insurance accounts instead, studies show that at standard, long-term, market investment returns, for an average income, two-earner couple, over a career the accounts would accumulate to close to a million dollars or more. Even lower income workers could regularly accumulate half a million over their careers. Retirees would each be free to choose to leave any portion of these funds to their children at death.

With these accumulated funds, retirees could not only finance much better benefits than Social Security even promises, let alone what it could pay. With further premium support payments financed by the general revenue portion of Medicare, similar to Ryan’s proposed Medicare reforms, retirees could purchase better private health insurance than what they are left with after Obamacare’s deformation of Medicare.

Millions of workers with less physically taxing jobs would consequently choose on their own to delay their retirement well into their 70s, a result that could never be imposed politically. But other workers whose jobs required heavy physical labor or who for other physical reasons could not work past their early 60s could retire then. Isn’t this so much better for conservatives than demanding the same delays in the retirement age for all from Washington?

These reforms have again been proven to work in the real world, not only in the South American nation of Chile, in Great Britain, and in dozens of other countries. They have been proven to work right here in America as well, in the private alternative to Social Security used for local government workers in Galveston, Texas, and in the highly successful private retirement investment systems used for the federal employee Thrift Savings Plan.

Power to the People
Such reforms are further discussed in a series of entitlement reform studies I am authoring for the Heartland Institute. They were discussed in detail as well in my 2011 book, America’s Ticking Bankruptcy Bomb. The political leaders who already show recognition of the potential for such reforms include House Budget Committee Chairman Paul Ryan, newly elected Senator Ted Cruz, Florida Senator Marco Rubio, and Louisiana Governor Bobby Jindal. In 2012, Presidential candidates Newt Gingrich and Herman Cain readily embraced such reforms.

Given that these reforms have already been proven to work in the real world, why have we not adopted such reforms already? Because politicians want power and control centralized in big government, where counterproductive dependency on the taxpayers works to their political benefit, rather than power and control in the hands of working people and their families all across America, which works to promote independence and prosperity, so that the middle class and yesterday’s poor no longer need the political class.

If conservatives more broadly would only learn to talk about entitlement reform in these terms, the issue would be transformed into a powerful political winner. Entitlement reform would then be an exciting real world opportunity for a true revolution in the size and scope of government, ultimately winning the war on poverty, achieving health care for all, and securing financial independence and retirement prosperity for seniors.