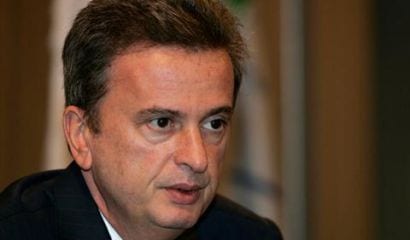 The Obama Administration is declining to dispute statements made by a senior Lebanese government official that would indicate the U.S. government is comfortable with a Lebanese banking system that may be — outside of Iran’s financing — the sole source of funds propping up the Assad regime in Syria. But sources inside both the U.S. Treasury and State Departments indicate that that is not the case.

Last week, the Governor of the Lebanese Central Bank, Riad Salameh, on a high-profile Lebanese national news show, disputed news reports that the U.S. government — specifically the U.S. Treasury Department — was pursuing sanctions against at least one and possibly multiple Lebanese banking institutions. Salameh claimed that rumors of a fraying relationship between himself and the Obama Administration were not true, and that concerns about the use of Lebanese banks to launder drug money from Hezbollah to fund the terrorist organization’s political activities, including support to the Syrian regime, do “not reflect the position of the U.S. Treasury Department.”

A Treasury source, declining to comment explicitly on rumored investigations, said “Treasury’s eyes are wide open when it comes to Governor Salameh,” adding that both the White House and the U.S. State Department were aware of Salameh’s comments, but chose not to dispute them directly. “As with just about everything else in that region, it’s always more complicated than one might want,” says the Treasury source, who said the refusal to dispute Salameh’s statement had more to do with ongoing efforts by the U.S. government against Syria than to “waste time setting the record straight about comments made on what amounts to Lebanon’s version of MSNBC. But there is no disputing the record of the current governor of the Lebanese central bank, nor can the history of the Lebanese banking system be disputed.”

A former senior State Department official who remains active in global issues said, “There are very few if any long-time officials in positions such as the one that Governor Salameh holds that have any credibility with the U.S. government. Let’s just leave it at that.”

The behind the scenes push back on efforts to portray Lebanon’s banking system as clean, comes as former U.S. Senator George Mitchell and his power law firm DLA Piper have been engaged by the Lebanese Banking Association. Last month, according to a State Department source, lawyers retained to represent the association, as well as the central bank, traveled to Beirut, along with several U.S. based crisis communications consultants, and met with Salameh and other banking officials.

Within two weeks of that meeting’s conclusion, a column appeared in Forbes touting the Lebanese Central Bank as the U.S.’s greatest ally in the war against terror funding and money laundering. Seemingly feeling pressure from media and U.S. and international banking regulators, Salameh has also begun more vociferously insisting that Lebanese banks are adhering to the global Syrian economic sanctions.

But the problem, according to U.S. Treasury officials, is less about Syrian government or personal bank accounts in Lebanese banks, and more with the bank accounts of Hezbollah officials, as well as those of the Hezbollah political party, in those Lebanese banks. The U.S. lists Hezbollah, which controls the Lebanese government, as a terrorist organization, and in 2011 took legal action against the Lebanese Canadian Bank (LCB), accusing it of laundering hundreds of millions of dollars in drug proceeds via deals with African and even Mexican drug rings. It also alleged that “Hezbollah generated revenue from the network and that the bank provided financial services to Iranian government officials.”

“The fact is, the U.S. cleaned up LCB and it is today a clean bank, but it was the Lebanese banking regulators that allowed all of those ‘bad accounts’ to simply move on to other Lebanese banks, and we believe the vast majority of those accounts remain open today,” says a U.S. Treasury official. “What Hezbollah does with that money is unclear, but we have a pretty good idea.”

“No one is buying Salameh’s latest charm offensive,” says a U.S. State Department, who pointed out that Salameh has been accused of similar efforts in the past, including some embarrassing details in U.S. State Department diplomatic cables that were leaked to the media. “We’re at a critical juncture with Syria, and none of us is going to waste time with an expensive legal and PR campaign that isn’t going to influence any of us one way or the other.”