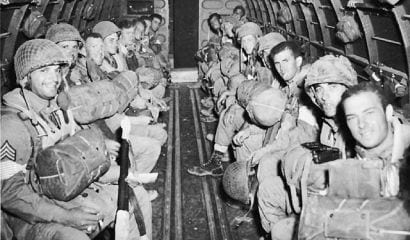 As outlined in a column earlier this week, Republicans/conservatives should try to outmaneuver Barack Obama and his leftist allies via a new strategy consisting of guerrilla tactics, constantly keeping Obama on the defensive, combined with a re-crafting of how conservatives communicate our principles.

Conservatives have proved inept at managing crisis-atmosphere brinksmanship, but we can consistently win smaller skirmishes and ward off societal disaster long enough to outlast the Democrats’ current hold on the Senate and the White House. It’s not that budget-cutters in Congress are wrong, for instance, to try to use the debt ceiling and other legislative deadlines to extract new savings from a spendthrift president; it’s just that they talk tougher than they can possibly deliver, when they should be willing to take small gains, build credibility, and then keep coming back for more.

That effort should begin (as indicated but not fleshed out in the previous column) with a slightly modified resort to Ronald Reagan’s old playbook. Reagan the candidate made great use, repeatedly, of half-hour TV buys, where he would explain at length, but simply, what his proposals were, why he believed in them, and how they would affect individuals and families at a personal level. This once was a familiar political approach – but because it has been so long since anybody has tried it at a national level, it would be enough of a novelty that, if announced with enough fanfare, it surely would attract a lot of attention. The target date would be the night before the president’s State of the Union address – beating Obama to the punch, as it were, but while leaving only one day for his team to incorporate any responses into an address for which weeks of preparation usually are required.

Either the Republican National Committee or the National Republican Congressional Committee, or even a leadership PAC of some sort, should purchase the time on a major news network – and follow up with re-runs purchased on “cable networks” frequented by lower-information voters, such as Lifetime, the Food Network, FX, or wherever research indicates might provide the best “target audiences” for the price. After the first buy, meanwhile, the whole video should be posted on the Internet and spread “virally” by all the latest marketing techniques.

If done well, conservatives can only benefit from this sort of attempt to engage the public, without establishment-media filters, in a way assuming that even low-info Americans still possess a decent degree of native intelligence and common sense.

Unlike some of Reagan’s performances, however, the video should be taped, not live – and it should involve more than just a politician talking directly to the camera or pointing to some charts. While much of it can and should be in the Reagan direct-to-camera mode, it should be introduced by, and interspersed with, other, simple images and illustrations. These should not look like slickly produced Hollywood fare, but more like news reports or collages therefrom. The style should be direct, uncomplicated, and understated; the content should emphasize real people, home economics rather than macro-generalities, and as much focus on “why” as on “what.” This last criterion was a Reagan specialty, by the way: He took the time to connect the dots between his principles and everyday practices, to show how and why the former (principles) would improve results in the latter (everyday life).

No amount of “voiceover” and video, however, can fully substitute for an actual person doing the Reagan thing of talking directly to the viewers, putting a personal, individual touch on the message. The key question, then, becomes which conservative official or officials should be featured. There is no one right answer to this question, but logic suggests that the appropriate committee leaders would make sense in presenting the conservative case. One might envision a small role for Ways and Means Chairman Dave Camp, with the primary job falling to Budget Chairman Paul Ryan – who has proved his skill at explaining such subjects – and perhaps five minutes for a micro-level, family-level riff by Conference Chairman Cathy McMorris Rodgers.

As a nice twist, I’d end with a few minutes placing the battles over principle into a constitutional framework, with the incomparable new Sen. Ted Cruz of Texas explaining why these budget fights are really part of the larger effort to preserve freedom and the rule of law.

Actually, this last bit is crucial for the overall, bolder, long-term strategy. The sad truth is that conservatives have lost the storyline, the ability to tell the American narrative – both past and desired future – with the majesty of great myths but the easily recognizable truths of human experience. Most citizens, hurrying through their everyday lives, hear nothing from the political right except a cacophony of voices against raising taxes on the rich, in favor of budget cuts come hell or more hell, and obsessed with stopping sex while promoting guns. It’s not at all a fair impression, of course, but it is an all-too-common one. And it’s an impression that can only be countered – and which must be countered – through concerted effort and creativity.

To regain the Reaganesque sense of a noble and blessed America, the RNC should launch a “Recapturing the Dream” initiative, inviting public officials and private citizens alike to submit videos of say, between three and five minutes each, about the virtues, benefits and, yes, majesty of our heritage of limited government and natural rights. Assign staff to filter the submissions; then send the most promising ones through a series of focus groups; and, eventually, pick ten for national recognition, promotion, and perhaps even cash prizes.

This, or some other such effort to re-engage the grassroots, not only would energize activists and perhaps inspire other entrepreneurial souls to become activists for the first time, but it also would open up the party and the movement to ideas and talent from outside the DC bubble of elected officials and stale consultants. Indeed, that latter goal is really the point of this exercise: Clearly, the insiders have failed to carry a persuasive message to the broader public, so we need new talent to shake things up.

In truth, the video idea isn’t sacrosanct. It’s not the means of reaching out, but the very fact of reaching out in a dramatic and creative way, that is important. What matters is that somehow, some way, the elected officials in Washington and the Republican party organization must find and integrate new people and ideas into the mutual enterprise of defeating the hard-left interlopers who are dangerously occupying the White House, the executive agencies, and the Senate leadership.

Thank goodness for the Tea Parties, from whose ranks much of the new talent will come. But too many Tea Partiers treat too many congressmen as adversaries rather than as allies who merely are insufficiently skilled or equipped for the new demands of 21st century politics. Some sort of serious, creative outreach program, like the video idea, can unite those elected officials who really are sincere conservatives with the most ingenious conservative “outsiders” who could make a big difference if only given the requisite access.

Conservatives right now just do not control enough levers of power, and we do not hold the most optimal terrain. We’re like Great Britain in 1940, battling long odds, unable to win a frontal offensive and indeed working hard just to survive, but entirely unbowed and uncowed by the opposition – all while working, cajoling, persuading our natural allies to fully join our fight for Western civilization. Churchill was wise enough to know he needed outside help from the United States; our Washington insiders must be wise enough to know they need the outside help of untapped talent from the grassroots – and our activists across the country should not demand a frontal assault until the outside talent has indeed been more effectively tapped.

So, to recap this two-part strategy column, we can win by A) attacking Obamacare, by repealing it piecemeal; B) by attacking Obama’s corrupt corporate cronyism; C) by banking a series of small victories while avoiding brinksmanship; D) by citing real people and telling their stories; E) by producing a superb, half-hour exposition of conservative principles and policy proposals; and F) by finding some way, whether via a video contest or some other means, of energizing conservatives and recruiting new talent for the cause.

To use one more war analogy, the western Allies fought in North Africa and Sicily for more than two years before trying to re-take the coast of Normandy. Those two years of battles wore down the Nazi war machine while the Allies built ours to champion size and skill. Likewise, conservatives today must be willing to fight and win smaller, somewhat satellite battles for the next two years, while enlisting available tools and talent into what will eventually be a mighty assault force for freedom.