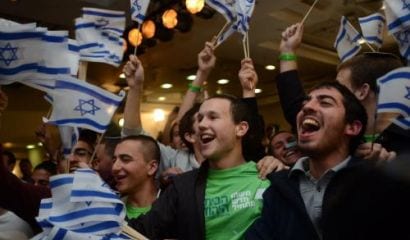 Leave it to the Israeli electorate to produce an election result that confounded most analysts’ projections. In general, the election was more about specific political personalities than it was about clear political and policy agendas. For as much as Washington views Israel through the prism of its foreign policy interests — namely, the ongoing impasse in the peace process and the nuclear dispute with Iran — socio-economic issues were foremost on Israelis’ minds as they cast their ballots. Indeed, most campaigns side-stepped important questions such as the future of relations with Egypt under the Muslim Brotherhood; what should happen if Western diplomacy fails with Iran; and what will happen if Israel does not negotiate with the Palestinians.

Since the race began in October, Benjamin Netanyahu’s lead was never in doubt. His Likud party joined forces with Avigdor Lieberman’s Yisrael Beitenu and was projected to win between 32 and 38 seats. But the coalition underperformed, gaining 31 seats, far less than the combined 42 seats it won in 2009. While Netanyahu will likely continue as Israel’s prime minister, his Likud party will emerge damaged from this election.

The 120-seat Knesset requires a majority coalition of 61 seats to govern. The breakdown of party ideologies and the seats they gained will provide some interesting possible coalition combinations as negotiations unfold over the coming weeks. A third of the votes went to vaguely reformist, somewhat centrist, or mildly liberal parties, but they are bound by no common ideology beyond the promise of a more efficient government. On the other hand, the right-wing and Orthodox bloc garnered enough votes that would allow Netanyahu to put together a coalition that reaches close to the magic number of 61. To do so, he could bring in his traditional party ally, Shas (11 seats), the new right-wing Habayit Yehudi (Jewish Home) led by Naftali Bennett (12 seats), and Yahadut Torah (7 seats). The specter of Netanyahu forming an exclusively right-wing coalition will provide him with negotiating leverage as he probes the possibilities of including center and center-left parties in his coalition instead.

Most surprising was the rise of two new parties to the political left and right of Netanyahu’s Likud-Beitenu coalition. Yair Lapid’s Yesh Atid (There is a Future) garnered 19 seats in its first showing, second only to Likud-Beitenu. Lapid, who has referred to his party as “center-center,” has now emerged as the kingmaker in Israeli politics if Netanyahu would like a broad coalition. Lapid was able to gain votes from the center from those who wished to moderate Netanyahu and he siphoned votes away from the right by avoiding any partnership with left-wing parties. Part of Yesh Atid’s appeal across the political spectrum is that it is a party of fresh talent that has now turned to politics, bringing with it real world experience. The party remained independent and above the fray, concentrating on achieving universal conscription — a principal likely to be a thorn in the side of the religious right.

The other surprise was the rise of Naftali Bennett’s right-wing party, Habayit Yehudi. Bennett has unique experience as a businessman, running the settlers’ council, working with Netanyahu in the Prime Minister’s Office, and as a former member of Israel’s most elite commando unit. His party gained 3 seats in 2009 but garnered 12 in this election. While the number is somewhat lower than the 15 seats analysts recently projected, its rise is nothing short of meteoric. Bennett advocates annexing 60 percent of the West Bank and was one of the few candidates to openly criticize Netanyahu for not sending ground troops into Gaza last November to root out Hamas. The latter position resonated with much of the Israeli electorate who see the current ceasefire as at most a temporary fix, and Bennett’s poll numbers skyrocketed as a result.

Far from the pre-determined narrative that many in the mainstream media spun, the assumption that Israel has undergone a political turn to the right is false. For his part, Netanyahu — who is constantly labeled as a right-winger — is in reality one of the most left-leaning and liberal peaceniks within Likud, responsible for bringing his party towards Israel’s political center.

As for what comes next in the political horse-trading necessary to create a governing coalition, Netanyahu has many possibilities. The shelf life of new centrist parties surviving in the Israeli opposition is exceedingly low. One needs to look no further than the Kadima party that governed Israel just four years ago and its slide into near oblivion today. This will motivate Yair Lapid and his Yesh Atid party to join his 19 seats with Netanyahu. It would also give Netanyahu the option of bringing in the security minded Habayit Yehudi party of Naftali Bennett and its 12 seats. Together with Likud-Beitenu’s 31 seats, they would reach 62 seats — the magic number needed to govern. Conversely, should Habayit Yehudi prove to be unpalatable to Netanyahu, he could turn to Likud’s perennial partner Shas and its 11 seats. Whatever happens, Netanyahu is in the driver’s seat, despite his party’s underperformance. But given Israel’s foreign policy challenges ahead, look for Netanyahu to cobble together as broad of a coalition as possible.