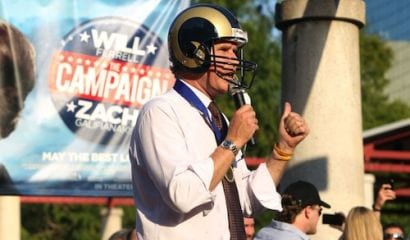 The Baltimore Ravens’ Super Bowl victory over the San Francisco 49ers is making headlines today. But it’s only a momentary diversion from what has been, and will remain, the NFL’s dominant storyline: the increasing awareness of head injuries, the escalating debate over what to do about them — and the growing sense that football’s long-term survival may hang in the balance.

It seems everyone has an opinion about violence in football, including President Obama. He told the New Republic a couple weeks ago that though he is a “big football fan,” if he had a son, “I’d have to think long and hard before I let him play football” because of the physical toll of the sport.

Ideas about how to reduce head injuries range from the mundane (more sophisticated helmets) to the radical (position weight limits). Here’s an idea that belongs in the latter category: take the helmets off completely.

The idea might sound crazy at first, but I’m not the only one who thinks less protection may mean fewer head injuries. Hall of Fame former Dallas Cowboys Quarterback Troy Aikman has suggested that ditching helmets could cut down on head injuries, as have future Hall of Fame Wide Receiver Hines Ward and former 10-year NFL Quarterback Sean Salisbury.

The one thing everyone can agree on is that concussions have become a major problem in football.

Similar increases have been reported at lower levels of football. At the youth level, more than half a million concussions are reported every season.

A 2007 study by the University of North Carolina’s Center for the Study of Retired Athletes found that the rate of diagnosed clinical depression among retired NFL players is strongly correlated with the number of concussions they sustained.

The authors found that 20% of the nearly 600 ex-players who said they’d sustained at least three concussions were determined by a doctor to be depressed. That was three times the depression rate of players who had not sustained concussions.

The suicides of several prominent former NFL players have been linked to chronic traumatic encephalopathy (CTE), a progressive degenerative disease found in ex-players with a history of multiple concussions.

A 2012 study of nearly 3,500 ex-pros found that they were three to four times more likely than the general population to die from brain diseases.

Thousands of former NFL players have sued the NFL, accusing it of hiding information about the dangers of concussions.

In recent years, the NFL has begun implementing mandatory guidelines for removing injured players from games and timelines for when they’re allowed to return.

But many concussions don’t ever make the injury reports. Some players don’t realize they’ve been concussed, and many others don’t reveal their concussions for fear of being taken off the field.

The 49ers’ veteran starting quarterback Alex Smith had led his team to the top of its division and was second in the league in QB rating when he suffered a concussion in mid-season. During his league-mandated sit down, back-up Colin Kaepernick took over the starting role, and Smith rode the bench for the rest of the season as Kaepernick catapulted to stardom.

When it was revealed that New York Jets Quarterback Greg McElroy had hid a concussion suffered in a game late in the season, nobody was surprised, least of all his teammates. As the New York Daily News reported, “Every Jets player the Daily News spoke with and chose to comment said he would consider hiding his concussion.”

The NFL stands for “National Football League” but it also stands for “Not For Long” because any player unwilling to play through pain and risk long-term injury for a chance at short-term success won’t remain in the league for very long.

There is little evidence that today’s helmets prevent concussions. In a 2011 review of the academic literature on helmets and concussions titled “Helmets and Mouth Guards: The Role of Personal Equipment in Preventing Sports-Related Concussions,” researchers found that “the hard-shelled helmet… may not be best suited for protecting against the lower forces that also include a component of rotational acceleration, which are believed to cause the majority of concussions.”

The authors concluded: “At this point, there is little evidence supporting the use of specific helmets or mouth guards to prevent concussions outside of specific sports such as cycling, skiing, and snowboarding.”

A better solution may be for players not to wear helmets at all. A study found that the Australian Football League, whose players don’t wear helmets or any other padding but do nearly as much hitting, reported 25% fewer head injuries than NFL players.

Another idea would be for players to wear leather helmets, as players did in the first half of the last century.

The hard-shelled helmets (made mostly of hard plastic with some metal and rubber) in current usage are great for preventing skull fractures and brain bleeds, but they don’t do much to prevent concussions.

A 2011 study published in the journal Neurosurgery simulated on-field collisions for both kinds of helmets and found that the century-old leather helmets were at least as good as the newfangled kind in protecting against concussion from routine football hits.

Over time, getting rid of helmets or using leather helmets would change players’ behavior. Because helmets are the hardest things on a player’s body, they make for convenient weapons, and players routinely turn themselves into human missiles by launching themselves helmet-first into ball carriers.

The hard-shelled helmets give players a false sense of security. They make them think they are protected from injury, which encourages them to play recklessly. As Troy Aikman, who retired after suffering eight concussions, has written:

I’ve said the best way to eliminate head injuries is to take away helmets. Players would be a lot less willing to jump in and stick their heads in if their noggins weren’t protected. I used to say that tongue-in-cheek. But I’m starting to believe that’s a pretty good idea.

Without modern helmets, players would be forced to tackle properly, with their knees bent, chests up, and, most importantly, heads up, and generally to be more careful on the field.

As a bonus, without those big bulky helmets, players would become more recognizable to fans. They’d be more marketable for the league and more attractive as endorsers. Given the sway that money has in football, it is this last byproduct of ditching helmets that gives me hope that the idea will at least be considered.