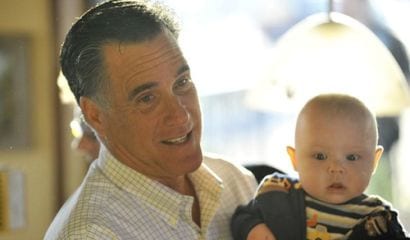 A few weeks after the presidential election, I sat down with some folks to talk about the results and got the surprise of my life. Hoping to commiserate with them regarding the defeat of a decent and talented man like Mitt Romney, I was shocked to hear a close relative tell me that she didn’t support him because of his lack of compassion. It seemed that she was willing to overlook certain “social” issues with which she disagreed, except for one thing: he, and by extension, we conservatives, don’t care that there are people out there who need help.

Now, we’d all heard ad nauseam that Romney’s off-the-record “47 percent” remarks would come back to haunt him, but like most of the bilge that comes forth from the liberal media, I basically ignored it. But coming from the mouths of otherwise intelligent and informed Americans, the charge has to be taken seriously.

Since our defeats last November, many have puzzled over how to attract voters who have been seduced and brainwashed by various social structures and machinations of the left; from outreach to Hispanics, to suggestions that we should “soften” our positions on social issues. The former has already been tried, most recently at the Republican Convention, where showcasing our best and brightest minority members was met with the sound of chirping crickets. And we certainly must not attempt the latter, because to alter our values would make us untrue to ourselves and therefore unworthy of national trust.

What we can change is our approach. We all laughed at and derided Bill Clinton’s constant declarations that he “felt our pain,” but no one can deny that it served him and his party well for nearly a decade. For better or for worse, in today’s America, one’s heart is literally worn on one’s sleeve, as evinced by the omnipresent wristbands worn by celebrities, politicians others who really care. Now we don’t have to immerse ourselves in this type of behavior, but we can and must do a better job of demonstrating not just love of country, but love of countrymen.

Ronald Reagan, who once remarked, “I wasn’t a great communicator, but I communicated great things,” nevertheless also stated that much of his success was due to his empathy with the American people. Our problem is not that we’ve gone away from these great things, it’s that we are perceived as wanting them only for the privileged few.

We of course do care about all Americans, but we most often come off as overly stern fathers who would rather scold than help; we think we can reach people by speaking of the Constitution and the Declaration of Independence to folks who, probably through no fault of their own, have no idea of the great promises and guarantees therein.

So without changing our values one whit, we should merely emphasize some issues over others, as do the Democrats. Now I’m not suggesting we be deceitful or cloak our agenda, but when is the last time you heard a liberal utter the word “abortion,” “homosexuality,” or “socialism”? Probably never, but that doesn’t hide the fact that these are three of the pillars of their vision for remaking America.

So, what do we care about? Well, we care about everything the Democrats do; maybe even more, because we seek to restore a way of life that has been cherished for more than two centuries yet is being eroded day by day. Specifically we care about venerating our veterans and the elderly, supporting the helpless and infirm, and, most importantly, restoring dignity and autonomy to all Americans.

Our hearts ache when we see the problems that currently afflict our country: the class warfare that foments hatred instead of love; the generations of welfare families who see no hope of escaping their lot; the racial genocide enabled by abortion and gang violence, and the hopelessness of our children who live in a country whose heritage they are taught to revile.

To counter this negativity, let’s use words like “love,” “hope,” and “joy” when talking about America and Americans. Most of us are people of faith, so this should come naturally to us. There was, after all, an unquestionable aura of good-natured cheerfulness around Reagan and, to a lesser extent, George W. Bush. Of course, these two men were vilified for this sunny quality, often being scorned by the media as “incurious,” which was their way of saying they were not too bright. But the voters didn’t seem to mind, as these were the GOP’s last two-term presidents.

In other words, what the Republican Party needs is fewer policy wonks and more “amiable dunces.”